Soudan Underground Mine and Labs 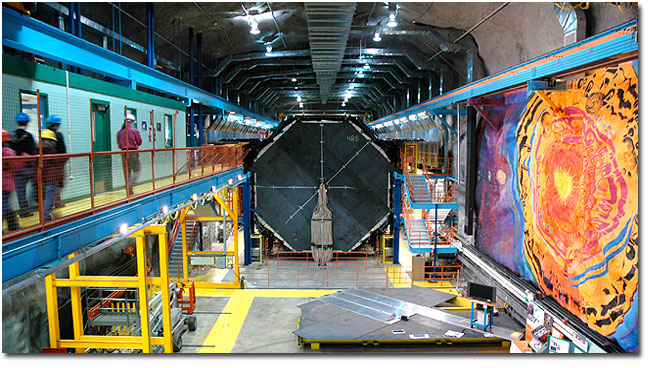 This afternoon we took the girls to tour the Soudan Underground Mine State Park in northern Minnesota. We took both tours offered: the historic tour and the physics tour.

Both involve taking a cage tram down a half-mile shaft (2341 feet down, 689 feet below sea level) at a top speed of 10mph (that felt much faster). You could fit about ten people in each cage and I was a bit claustrophobic during all four rides.

The mine was in operation from the late 1800s until 1962, when it was donated to the State of Minnesota. The historical tour was fun–it reminded me of all those childhood trips to Knott’s Berry Farm and the Mine Train Ride. The reality of working in a mine during this period must have truly been awful. Makes my work issues seem easy by comparison.

The physics tour had my head spinning. The University of Minnesota has a $150 million laboratory on that same level of the mine as the historical tour–one of several labs that have been used over the years.

The large one we got to see (pictured above) houses an experiment called Minos (Main Injector Neutrino Oscillation Search). This thing is basically a gigantic magnet that tries to capture neutrinos sent from Fermilab outside of Chicago (450 miles away). You can watch the live data capture here (screen explanation here). They only get one or two successful captures a day.

They also have another lab with an experiment called CDMS (Cryogenic Dark Matter Search) that maintains an environment near absolute zero, but we did not get to see that area. It amazes me that everything in those labs had to be brought down the same narrow mine shafts that we took to get down there.