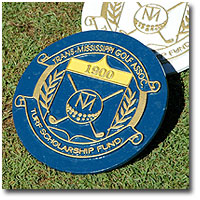 Jim Lehman, the 2003 Minnesota State Mid-Amateur champ (and brother of Tom Lehman) will face Trent Brown of Scottsdale in the title match of the 104th Trans-Mississippi Championship at Minikahda Club in Minneapolis.

Lehman, a sports agent with SFX, beat former Gopher Phil Ebner of Edina 5&4 to move on to the title match, which will begin at 7:30am Saturday morning.