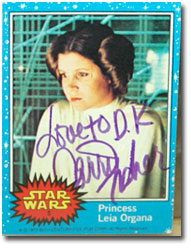 The “original” Star Wars was on HBO Family tonight and I couldn’t help but watch it.

I so want to watch the version that I watched as an eight-year-old kid in 1977. Countless Star Wars nerds have described the changes made to the new version that make me so mad, so I won’t go over all that. Let’s just say that I hope I never meet George Lucas in person.