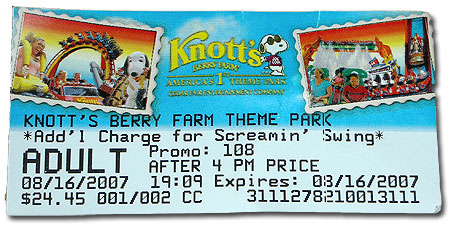 Arrived back from the latest trip to Los Angeles last week and felt totally exhausted. I’ve got one week to recover, then it’s back out there again.

A few notes from this trip:

I’ve been working my way down the South Bay–first trip I stayed in Manhattan Beach, second time Hermosa Beach and this time Redondo Beach. My co-worker and I stayed at the Best Western Sunrise Redondo Beach Hotel, which was very nice, but a little pricey for this type of hotel. The location was great, the room was in good condition, the staff was friendly and the breakfast buffet was convenient. Unfortunately, the free in-room internet access didn’t work, but it did work in the lobby. When I told this to the front desk worker, he apologized and offered me a $50 gift certificate for a future stay. Well done.

I got out for a couple of six mile runs along the beach in the mornings. I ran from the Redondo Beach marina up the Strand through Hermosa Beach and out to the end of the Manhattan Beach Pier. From there, I ran along the beach front itself back to Redondo, dodging the waves and birds. I left by 6:30 both days, so the crowds were light. Very fun run that I hope to do again next time.

Speaking of next time, I’ll be spending it at the new “company” apartment in Redondo Beach. Located about four blocks from the ocean, the two bedroom apartment will make a nice home away from home for future visits. It will be great to not spend all that time looking for good hotel deals.

Restaurants this time included In-N-Out Burger, Sushi Casa Arigato in Redondo Beach and Uncle Bill’s Pancake House in Manhattan Beach. LOVED Uncle Bill’s–reminded me of Key’s, except by the beach. Manhattan Beach as a town is probably my favorite spot in the South Bay. Definitely need to spend more time there in the future.

On the last night, Jake and I drove over to Knott’s Berry Farm and took advantage of the half price after 4pm deal. I wanted to do the Chicken Dinner Restaurant again, but it was either that or go in the park. We did stop at a “Chicken Express” window, but it was nowhere near the same quality as the real restaurant.

The log ride was closed for renovation and the Xcelerator shut down before I got back there to ride it, but I did get in a few rides. Rode the GhostRider once right away (and again before we left), then did the Calico Mine Ride, followed by the old school Montezooma’s Revenge and the jaw-compressing Silver Bullet. Knott’s really seemed much larger when I was kid, but it’s still worth a stop every now and then.