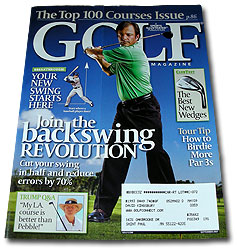 The September issue of Golf Magazine has their latest top 100 rankings for U.S. and world courses.

This was the first time they reported the quantitative numbers used in the survey of their course reviewers and both Minnesota course totals were similar: 32.80 for Interlachen and 32.32 for Hazeltine.