Windy Round at The Oaks in Hayfield 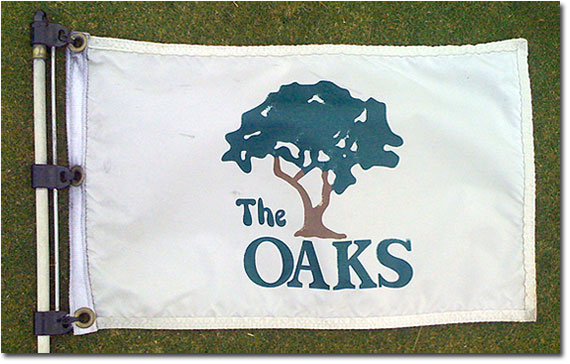 Today I traveled the 75 minute journey from the south metro to Hayfield, Minnesota, to pay another visit to the Al Miller family and the Oaks Golf Club, which is located two miles west of Hayfield on highway 30.

My last visit was in May 2006 and there were a few changes since then. A new pond was added near the 10th green, many of the smaller trees have grown into formidable obstacles and length is being added to the tips. The southern Minnesota wind, a usual foe, was abundant and blowing from the south.

I’ve never really complained about fast play, but we were pressed all morning while walking (during a sub-4 hour round). Most of the players here have carts and singles and doubles often aren’t paired–we had a fast foursome behind us, being pushed by a single, who was pushed by a twosome. Hard to let an army play through.

We had a nice visit with Oaks superintendent Jeff Wendler during the round. Mr. Wendler has worked at the Oaks for thirty years (22 as superintendent). He knows his job well–the course was in good early season condition.

The weekend walking rate is $30, but the clerk did not know anything about the $5 gas coupon mentioned on their website. Still, not a bad value if you are in the area–just make sure you have your speed-walking shoes on…