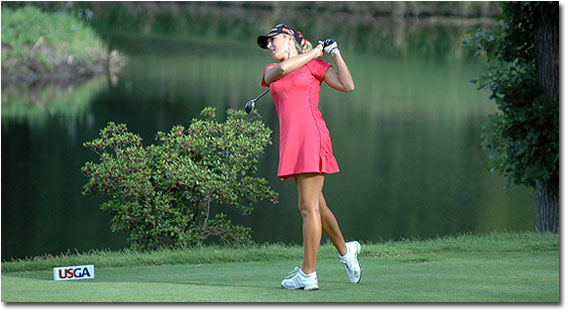 Some notes from today’s very warm and humid final practice round day at the 2008 U.S. Women’s Open at Interlachen in Edina: