The Wild lost last night and I’m feeling OK about it. I didn’t realize I actually had tickets to the game until the day before, so it was nice just to be there.

Despite the loss of two points to a hated rival, I enjoyed watching the game. In some ways, a 4-3 loss is more entertaining than a 1-0 win. The bounces just didn’t go the Wild’s way last night – C’est la vie.

A couple of notes from our experience:

Next game for me: December 17 versus the Flames.

Franchise Before the Dallas Loss 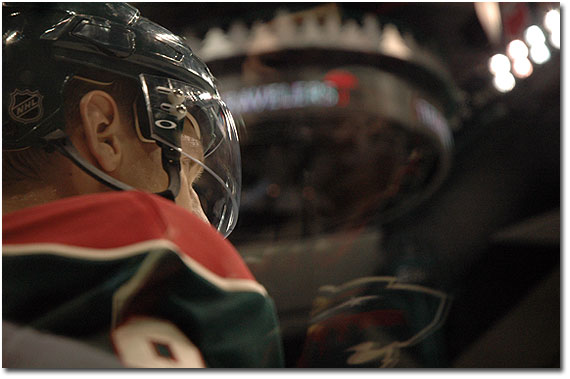 I’ve personally used Descente ski jackets and pants since I started racing in high school 20+ years ago. Their clothing has always been top-notch and can usually be purchased far below the suggested retail price if you know when and where to go.

In the past, this meant places like White Wolf (RIP), Hoigaard’s and Joe’s. These days, I really like Valley Bike and Ski in Apple Valley – friendly staff, good sale prices and usually a great selection of Descente.

Two years ago, I purchased the coat pictured above and was exposed to Descente’s unique Passport Program – the jacket came with a book of passes to various ski areas across the country. We used three of them, which basically paid for the coat. Spirit Mountain was the only Minnesota area that year, I believe.

Full Disclosure: Descente sent me an email about a special online sale they are having for their DNA line and I noticed they had a promotion for webmasters that will award a free jacket to selected sites that link to them. Free jacket or no, I’m happy to write about their great products and refer people to Minnesota ski shops that carry Descente.

According to an email from them, Lutsen Mountains is opening Saturday, November 22, 2008 with five runs on Ullr Mountain. They are making snow and hope to have 20+ runs open by Thanksgiving weekend.

Early season deals include 2 for 1 lift and lodging (through December 18) and a free concert on Saturday night at the always great Papa Charlie’s by slide guitarist Nathan Miller. 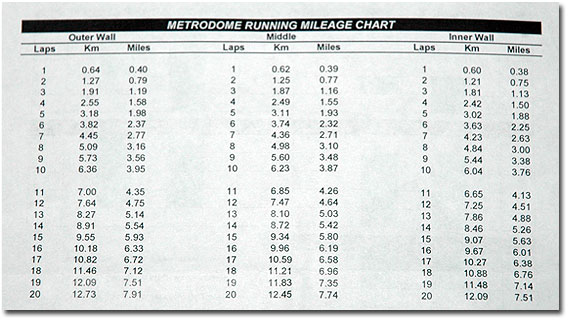 Yesterday I tried something that apparently I’ve missed out on for the past 25 years – winter indoor running at the Metrodome, sponsored by the Minnesota Distance Running Association (MDRA).

Aside from the hard concrete surface, this is a great opportunity to continue training during the harsh Minnesota winter. For only $1 per session, you can run from 5:00PM to 8:00PM most Tuesdays and Thursdays from now until March 12th. Parking is free outside gate D (which is also where you enter).

Participants use the upper concourse, with slower runners and walkers on the outside and sub-seven-minute-mile runners on the inside. The outside flow goes counter-clockwise, while the inside runners head the other direction.

The outside wall distance is 0.40 mile, so two and a half loops will give you one mile. I ran 18 loops (7.12 miles) and encountered perhaps 50 people there the first hour – definitely not crowded with plenty of room to maneuver.

Bathrooms are open for men and women and serve as ad-hoc changing areas. Water fountains are also available and people just leave jackets and bags along the wall. I did not see any posted rules against headphones, but it seemed most people did not have them. 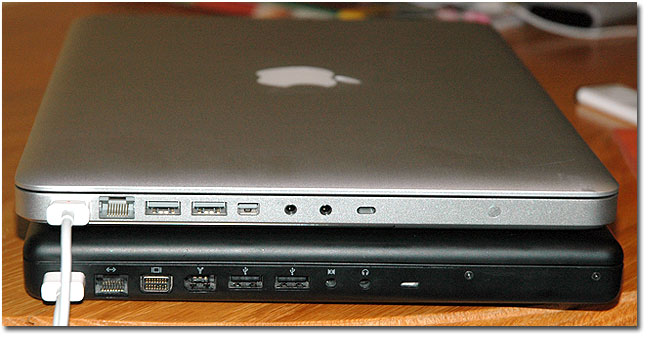 Tonight I stopped by the Apple Store at the Mall of America to pick up a new MacBook for a colleague at work. After 30 minutes of unpacking and configuration, I have to say, it’s a pretty nice machine.

The previous edition of the Mac Book has served many people I know very well – my wife has one and I purchased quite a few for the school here and in LA. Aside from a few notable melt-downs, they have worked great for the price.

My biggest issue with the new edition was the lack of a FireWire port. This has been talked about all over the web and I understand the reasons Apple dropped it, but I will still miss the convenience of FireWire target mode and the ability to use the huge pile of FireWire hard drives I have laying around.

The build quality of the new machines is top notch – the block of aluminum process creates one solid-feeling laptop. It’s a lot lighter than I expected and the glossy LED-backlit screen is bright and vivid without too much glare. The entry-level configuration is somewhat pricey, but has specs that are usable right out of the box without needing any extra upgrades. No video cable in the box sucks, though.

This is not the laptop for me (I’m a 17-inch matte screen guy), but it’s very nice and would likely serve the needs of 80% of the laptop market quite well.

The economy has me in the blues lately – I wonder how long before the NHL in Minnesota is impacted. I don’t have my season ticket this year (which is one of the reasons for the lack of posts here) and other NHL markets are seriously tanking, but hopefully it won’t spread too much before things improve.

On a happier note, both the Wild and the Gophers are playing good, entertaining hockey. Missed last night’s rare national game in HD, but it sounded good on the radio.

I still plan to add a new feature here soon, but to be honest, there are so many good hockey writers and bloggers out there now that I feel like I should only write when I have something unique to say and not just re-hash what is already out there.

Since new media revenue is starting to evaporate along with everything else, at least I don’t have any sponsors I need to worry about… 😉

Still way behind on posts, so here’s the most recent…

A week ago Saturday, Colleen and I went down to Roy Wilkins Auditorium (site of our high school graduation) to see Tenacious D, Ben Harper and the Beastie Boys for a Rock the Vote concert. We’ve never seen any of them before and tickets were only $35, so we decided to use the valuable tickets instead of selling them to a broker (the 6,000 ticket show sold out instantly).

I was just as excited to see the D as I was the Beastie Boys, seeing as how my work servers are named JB, KG, Lee and Sasquatch. They only played for about 45 minutes, but it was awesome:

The Ben Harper set was extremely loud. I didn’t really know much about him going in, but he played well and was enjoyable. JB and KG came out for some vocal contributions during a cover of Queen’s Under Pressure, which was one of the highlights of the night for me.

The Beastie Boys set was a total flashback to our high school days. 44-year-old MCA is still our favorite – such a cool, unique voice. He definitely has lost a step on Mike D and King Ad-Rock, though. Mix Master Mike shined during Three MC’s and One DJ and I loved the opening to No Sleep Til’ Brooklyn, which sent chills down my spine.

The sound in the auditorium wasn’t the greatest for their vocals, but it was plenty loud on everything else. The boys all played instruments during the encore, which was a trip to watch. I especially enjoyed seeing MCA play the distinctive riff from Gratitude. I was also happy to have Ad-Rock repeatedly correct Mike D about which city he was in. Maybe it was that Andy Samberg hair messin’ with his mind…

Here is the set list, as quoted by the Star Tribune:

Vote for Yo Mama!

Late Season at the U of M

Even the course turns maroon and gold in the fall – Les Bolstad University of Minnesota Golf Course, 16th green, November 1, 2008.

My wife and I decided to stop by the new restaurant in Eagan that I saw while running last week. Pardon My French is a new bakery, cafe and wine bar located in the Thomas Lake Center at 1565 Cliff Road (in the same strip mall as Axel’s Bonfire Eagan location).

Google turns up a few other people writing about this place, but I didn’t see their official site until after we visited. I love prosciutto, so even though we were there during breakfast, I had to try the Prosciutto Deja Vu:

It was very good, but I think next time I want to try the Haute Ham sandwich. The pastries and baked goods in the case were beautiful, but I didn’t sample any on this visit. My only disappointment was that all of their soft drinks were cans or plastic bottles – no fountain drinks.

The space is large and had a nice vibe (although I wouldn’t really consider it French, aside from the music). I love to see local, non-chain places like this, but I find it hard to believe they can last in this location. Uptown? Maybe. An Eagan strip mall a mile off the freeway? Doubtful (unfortunately)… 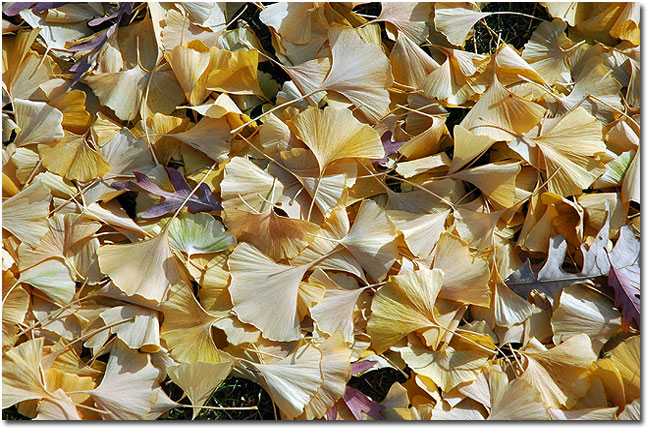 UPDATE: Jake says it is a Ginko Biloba tree. That was Colleen’s thought too… 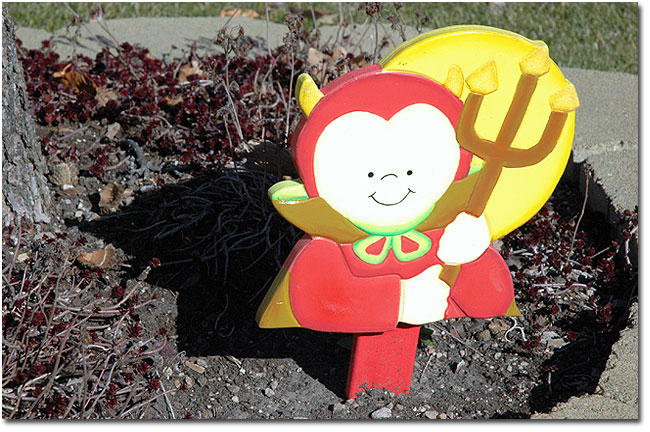 The weather here on Friday night was awesome by Minnesota standards and the kids had a great time. I think we had a little over 100 trick-or-treaters this year and it seemed like the street was teeming with people from dusk until about 8pm.

Pictures are now up in the private section of the photo gallery.