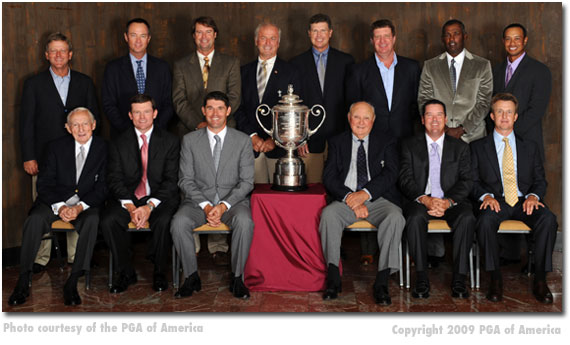 I didn’t even know they held a PGA Champions’ Dinner, but check out this photo of past champions taken last night in Bloomington.

Defending PGA Champion Padraig Harrington hosted the event and presented the 13 other PGA Champions in attendance with a Celtic Drum as their gift for the evening.

Fun fact I didn’t know: Harrington was the first European to win the PGA Championship since 1930. Are you listening, Sergio?