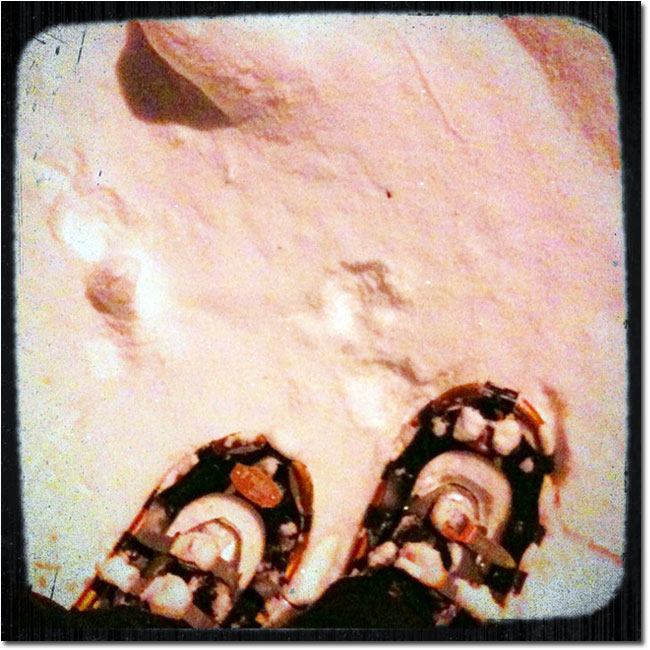 Picked up some new gear at the wonderful Joe’s Sporting Goods in St. Paul last weekend. Took my pocketful of Christmas cash and bought a set of Fischer nordic skis and bindings, Alpina boots and a pair of Yukon Charlie’s snowshoes.

I’ve never really done either of these sports, so these are just entry-level products (but well made). I went out and used both yesterday for the first time and did OK. I need to learn more about cross-country form, but 32 years of downhill skiing made it pretty easy to get around without falling down.

Snowshoeing on frozen Lake Vermilion at night was a total trip. The stars were beautiful, it was absolutely quiet and temps were very reasonable. So peaceful and calming – at least until I started to sink into some slush. I was using the cross-country poles and one of them poked through to water. I asked a co-worker about that and he said not to worry – apparently the heavy snow can force water up through cracks to create a slush/water layer. He assured me there is ice beneath that, so I’ll go out again tonight.

The picture above was taken with my new favorite iOS photo app – Camera+. It really is a massive improvement on the build-in camera app and the low cost makes it a no-brainer purchase.