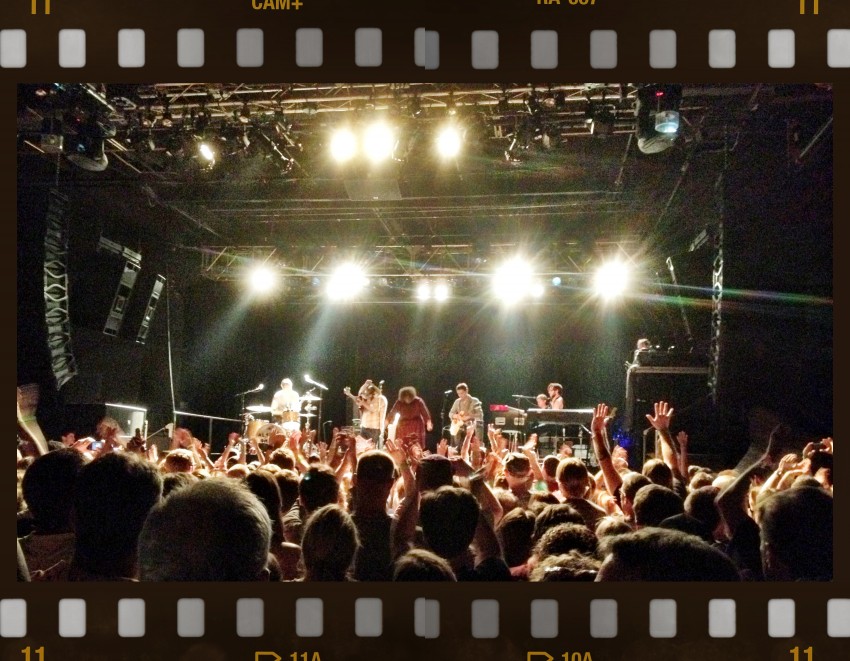 After selling out in a few hours, the Minnesota debut of Alabama Shakes at First Avenue last night was one of the more hyped up shows this year. 23-year-old singer Brittany Howard was more than up to the challenge, though. As critic @JonBream tweeted:

London-based Dry the River opened with a nice set, although I didn’t think the lead singer really should have been the one singing lead. The bass player had awesome rock and roll hair, though, and did most of the between-song talking.

With only one album from Alabama Shakes so far, it was easy to excuse a relatively short set (about 75 minutes, with a quick, two-song encore). I loved the cover of James Brown’s I’ll Go Crazy and they sang the two big radio hits early in the set (Hold On and Hang Loose).

Brittany was a very expressive performer, who reminded me at times of Joe Cocker. She was completely engaged in her performance and I loved her voice and passion. I don’t think it’s physically possible, though, for her vocal chords to keep that up for an entire career.

The band visited The Current to record a few songs in the studio, which you can listen to here. Mark Wheat also did an interview, where Brittany said good audiences sometimes will get a Led Zeppelin cover, so I guess we weren’t a good audience. 🙁

Lastly, I have to mention the bassist, Zac Cockrell. That dude was soooo smoooooth on stage. Until he had to walk over to a mic to sing background vocals, I didn’t think he was going to move anything but his fingers all night. Big smiles towards the end of the show, though – just like everyone in the house…