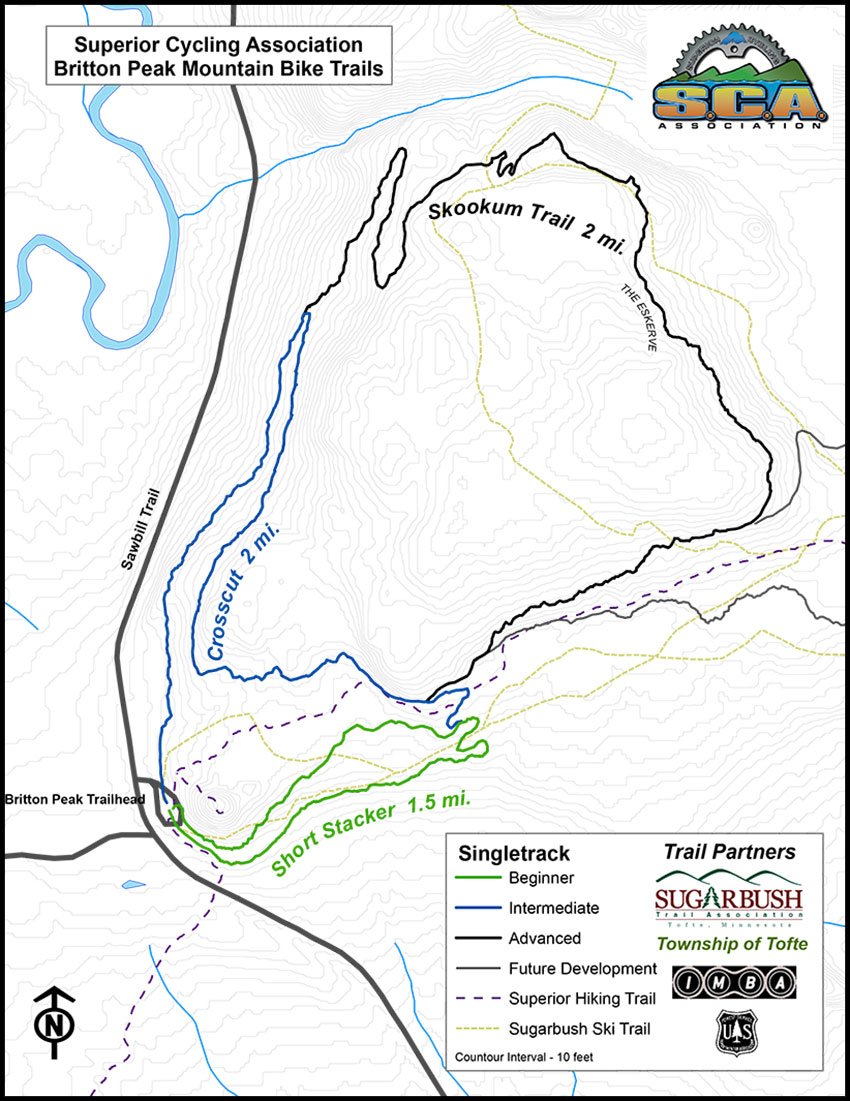 On Monday I stopped in at the new single track mountain bike trail just outside of Tofte, Minnesota. It’s called Britton Peak and it’s being built by the Superior Cycling Association a few miles up the Sawbill Trail from Highway 61. I first learned about it from the Lutsen 99er Facebook page, which had a link to the PDF trail map above and some construction pictures.

The Short Stacker 1.5 mile beginner loop and the 2 mile intermediate Crosscut trail were finished and open, while the advanced 2 mile Skookum trail was still being worked on. I started on Crosscut and ended up on Skookum by accident, where I ran into a trail volunteer. He said I could continue on, but that the trail hadn’t been packed down and there were a lot of exposed roots and a few muddy spots to watch out for.

The entire experience was more difficult for me than riding at Lebanon Hills. The loops were beautiful, but there is a lot of elevation change and the unpacked sections were too much for me to handle (I’m not used to walking up anything at Lebanon any more). Once Skookum is officially open, it would be fun to go back and ride it the other direction. I’d also like to ride all of Short Stacker, as I think I missed most of it.

Be careful if you go, as there aren’t many signs up yet and I was told there won’t be set directions for each loop, which means crazy idiots like me may come flying at you going the opposite way…

A few shots from the visit: