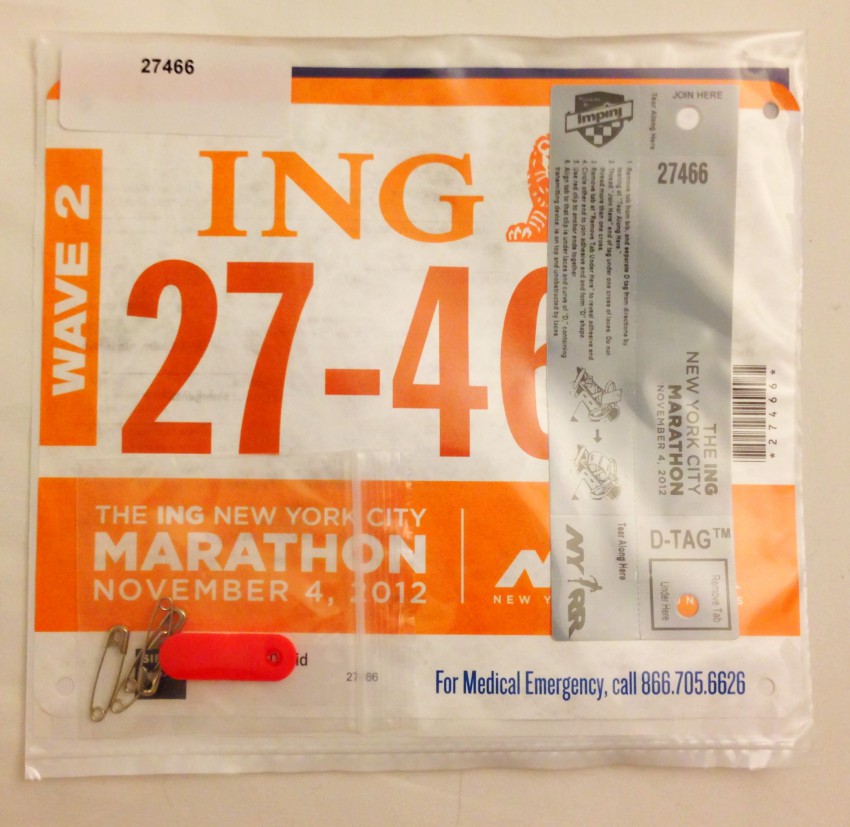 So the race is now off and the kid and I will return back to Minnesota tomorrow afternoon. Thanks go out to Delta for waiving the change fees and to the Pod Hotel 51 for not charging a cancellation fee.

What a roller coaster of emotion the past few days. Our trip up to this point lacked any of the drama and devastation you see on TV. Midtown Manhattan was full of life: cabs and traffic, full restaurants and museums, stores open for business, Broadway performances, mobile phone service, Internet access, electricity, water.

We waited to fly here until the mayor said the race was on, the marathon director concurred and Delta was cleared to fly into LaGuardia. Things seemed to be getting better – more people were getting power back, public transportation options were expanding and parks were scheduled to reopen on Saturday. Friday’s decision to cancel the race seemed like a failure of leadership and a cop-out by the city that considers itself the greatest in the world.

Just like in politics, I found many comments on television and online about the race (and its runners) to be rude, unwelcoming and misinformed. Comments by many runners were just as bad. The mismanagement of this crisis by race organizers compounded the problem and created a no-win situation. New York Road Runners needs to step up and fix things or this will impact the marathon for years to come.

It was reported that 40,000 out of the 47,000 entrants showed up in New York this week. I’m hoping that they offer refunds to those that want them and a paid, guaranteed entry to a year of your choice (not just to the 2013 event). This is not an inexpensive city to visit, so assuming everyone can just come back next year isn’t realistic (especially for the many, many foreign competitors).

I’m not sure how runners became the object of vilification this week, but it wasn’t a good thing for New York tourism. We will end up canceling four hotel nights (all with sky-high lodging taxes), multiple meals and other spending in the local economy. We also would have volunteered to help with disaster recovery, if that had been organized by race officials. I’m sure most of the 40,000 other runners would have too, given the chance.

While this would have been my first New York City marathon, I’ve covered the distance many times already and don’t feel all that bad about all the training I completed. It made me fitter and healthier than I would be otherwise and I’m proud of the 16 weeks I followed under the Runner’s World plan. I do have another race already planned for January, so I’ll stay active and hope that one goes better.