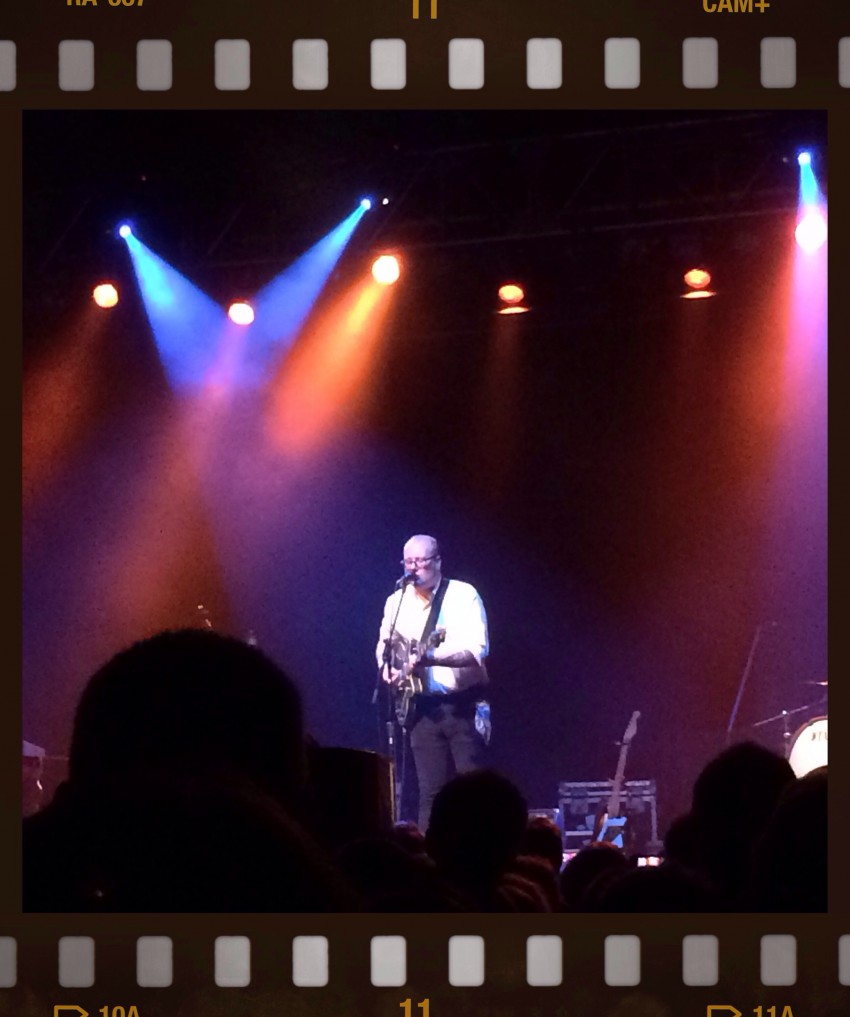 Fun show last night at First Avenue with Terry to see Mike Doughty play songs from Ruby Vroom, Irresistible Bliss and El Oso. I thought he was going to play all three albums in their entirety, but I’m pretty sure that didn’t happen (don’t have the set list to confirm). He started right at 9:15 and I think we were out the door by 11, so that doesn’t seem like enough time for three whole albums.

Some of the songs were “reimagined” a bit, but overall it was a very familiar show for fans of Soul Coughing. I had seen them once at First Ave and I’ve seen him solo once or twice, but there were a number of songs I’m pretty sure I’ve never heard live before. My all time favorite Soul Coughing song is Screenwriter’s Blues, which he played by himself (and with an awesome sounding turntable as backup).

The drummer and standing bass player were both very good on the other songs and Doughty seemed to be having lots of fun riffing wildly on guitar at times and playing around with lots of electronic triggers and drum pads on a couple songs. He also knew exactly where he was, citing Uptown and St. Paul during Is Chicago, Is Not Chicago. Yay, Shelbyville!