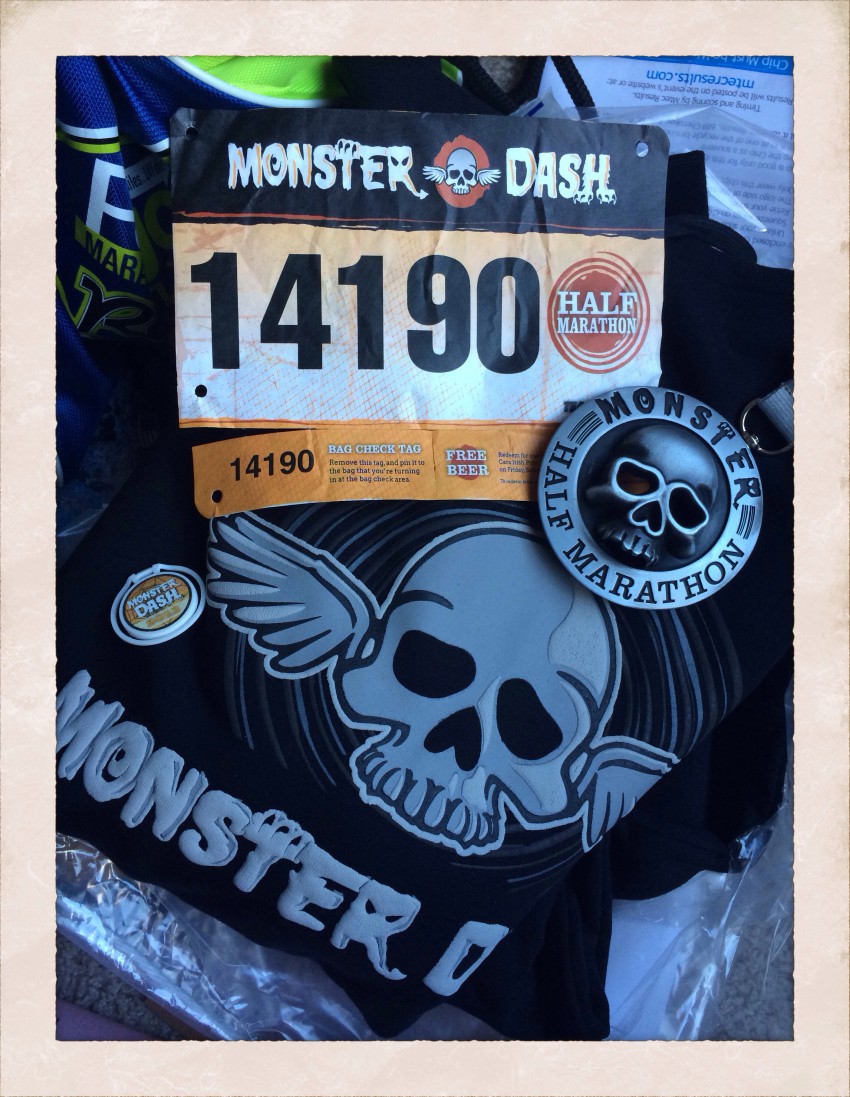 When I signed up for the 2013 Monster Dash half marathon, it was with the intent of running fast enough to keep my corral one option for Twin Cities, since my last Monster time in 2009 was about to expire. Turns out I qualified for corral one with my last marathon time (and again this year), so I didn’t really need to run it after all. I did want to see the new St. Paul course, though, and the weather turned out to be very nice for late October.

For a course that supposedly has a 400-foot net drop, it seemed pretty hilly in spots. Going backwards on Summit is pretty cool, but I’m still not wild about that stretch along Shepard Road. Parking worked out well for me and was just like going to a Wild game. Too bad so many others got stuck in traffic, causing the 10 minute delay in the start. The race is chip-timed, though, so I don’t really think they had to do that (especially with the cold wind making people who got there on time suffer).

I really didn’t think I was in any condition to run a PR, given the lack of mileage since TCM. My half PR from 2009 seemed too fast to beat, but I found the 1:40 pacer and started the race with her. After a mile or two, I found the pace comfortable and pushed ahead of that group (hoping I wouldn’t get caught later). I did OK with splits for most of the race, trying to keep them around 7:30:

That twelfth mile almost did me in and I really had to push hard on mile thirteen to get the 35 second PR. I’m not really sure what happened that mile either – no big hills and just a little headwind. In any case, very happy I didn’t lose it.

Physically, this was a tough race, as I felt something in my right leg around mile six and felt pretty sore the next day. It all seems better now that I finally got some rest. Hoping to get in a few light treadmill workouts this week, as I try not to do a two month taper leading into Disney.

This has been a great running year for me. As I tweeted earlier, the run log shows PRs in every distance except for the 5K (which I missed by 45 seconds). The one mile, 10K, half and marathon marks all got updated in 2013 – hurray for aging! And the best part is I feel like there is still room for improvement across the board.