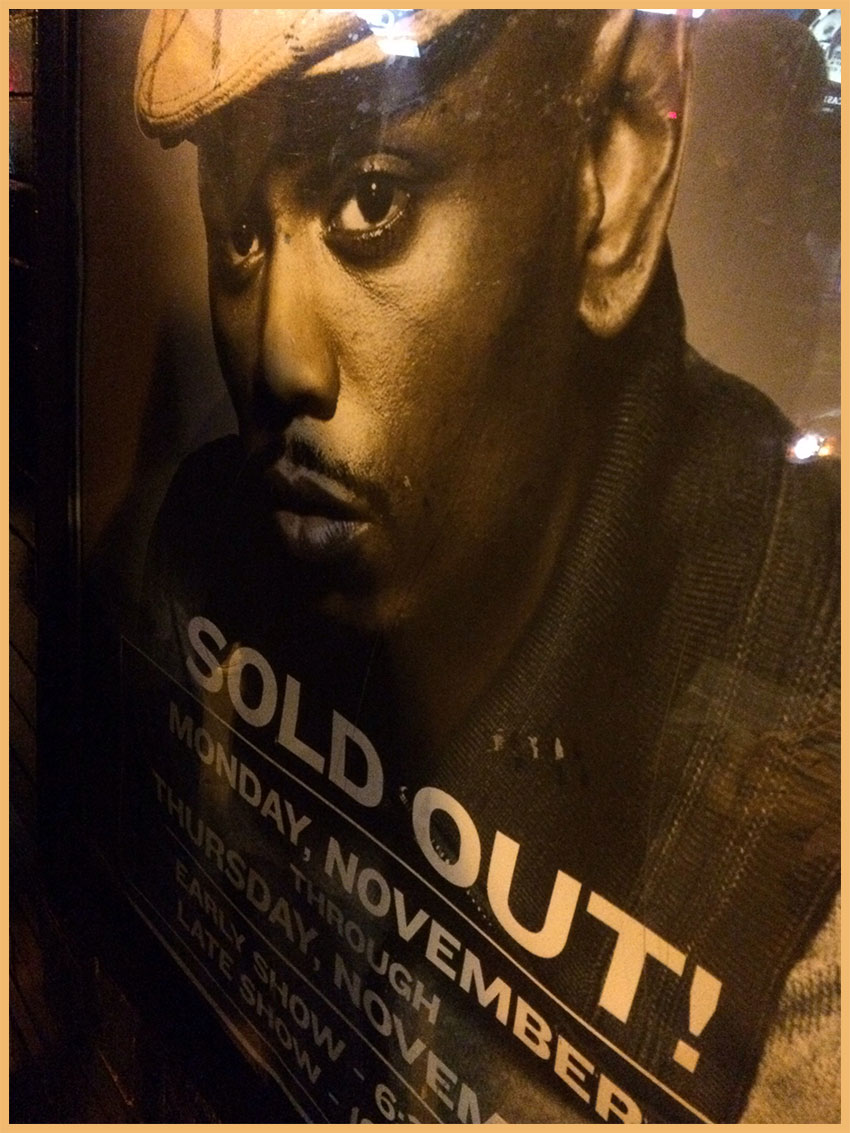 Still catching up, so here’s the long overdue Dave Chappelle post about his late show one week ago at First Avenue in Minneapolis. I’m still in shock he did all of those shows (eight at First Ave, four more at the Pantages), followed by the late night basketball appearance at Target Center on Saturday night. It’s not totally unique (Denver got ten shows), but it was historic for First Avenue.

When this all started, it was just two nights (Monday & Tuesday), with early shows at 7pm and late shows at 10:30pm. With my work schedule, I tried right away to get tickets to the Monday early show, but they sold out first (at $55 per ticket). I did get two for the late show, which turned out to be the better value, seeing as how he performed for about three hours (we left at nearly 2:15am).

Chris Riemenschneider wrote about our show here, while his colleague Rohan Preston covered the early Monday show here (we heard that Slug from Atmosphere was at that one). I didn’t really see any reviews of the shows later in the week, but I’m sure they are out there somewhere. Everyone I know on Twitter that went later seemed to have a great time.

Chicago-based opener Azhar Muhammad Usman was really funny and a good choice to get the crowd warmed up. A DJ was playing music when the doors opened until the time Usman started his roughly 15 minute routine. A few more songs from the DJ during the brief intermission, then it was time for Dave.

It was really bizarre attending a general admission seated show at First Avenue, but I liked it. Supposedly they only sold 500 tickets for each session, which was later supplemented somehow with standing room only GA tickets (that must have been fun for the floor staff to enforce). We were lucky to be under the heaters at the front of the line and got seats in the second row.

The no pictures, no talking and no heckling signs were up everywhere and overall the crowd was well behaved. There was lots of interaction towards the end that was borderline heckling, but he brought that on himself (asking questions, taking requests, calling on individuals, etc.). I wish our audience would have asked smarter questions, but it was still cool to see him be so open.

The start of the show was a little more scripted – like a regular prepared stand up routine. He talked about the incident in Hartford, his family and even pulled out Lil Wayne a few times (the Lil Wayne CSI bit was one of my favorites of the night, as was his Eddie Vedder impersonation). We really didn’t get any of his regular Chappelle Show sketch characters, though.

As the night went on, he kept smoking and drinking and basically ran out of prepared material. The last hour or so was basically just him talking about whatever popped into his head – Purple Rain, Prince, Minneapolis, movies, strip clubs. At first I was a little disappointed to not see more prepared stuff, but after it was over, I felt like I had just hung out with a good friend all night.