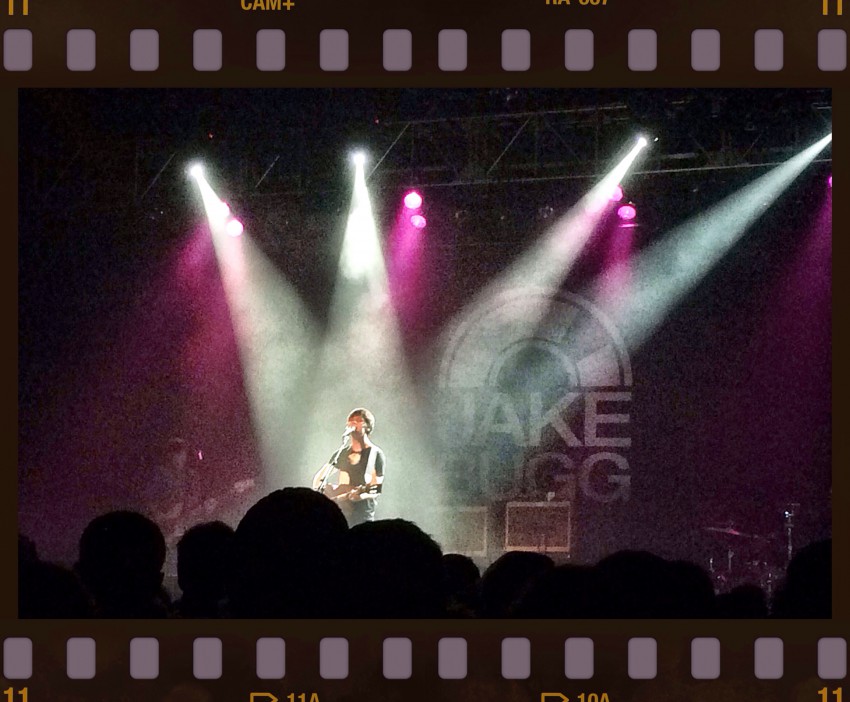 My first (real) concert of the year was a good one. Nineteen-year-old British singer Jake Bugg put on a great show at First Avenue Friday night. It was a little on the short side, but that’s not too surprising, seeing as he only has two albums.

The hype is building for Bugg – the British tabloids are calling him the next Dylan and he is up for British Male Solo Artist at the 2014 Brit Awards. Local scribe Chris Riemenschneider tweeted last night that Bugg is the “real deal” and I was really looking forward to seeing him live after getting both albums for Christmas.

It was just Bugg, a drummer and a bass player, yet the sound was very full for a three piece. Two Fingers, What Doesn’t Kill You, Taste It, Lightning Bolt and Slumrise Sunrise were all great live and I was very happy to hear Neil Young’s Hey Hey, My My as the second song in the encore. His slow songs, like Broken, were a nice change of pace – too bad the First Ave crowd still can’t shut the hell up and listen.

We arrived just at the end of the first opener, The Skins, and couldn’t believe how crowded it was already. Guess you need to get there at doors now for sold out shows in order to get close. We did get a spot on the stairs next to the sound board, though, before the second opener started. The Albert Hammond, Jr. set seemed extra loud to me, which was actually nice compared to my last few First Ave shows. I thought several of their songs were quite good and heard the Current playing them today too.

Up next: Charlie Parr at the Cedar on February 1st.