CF and CP at the Cedar 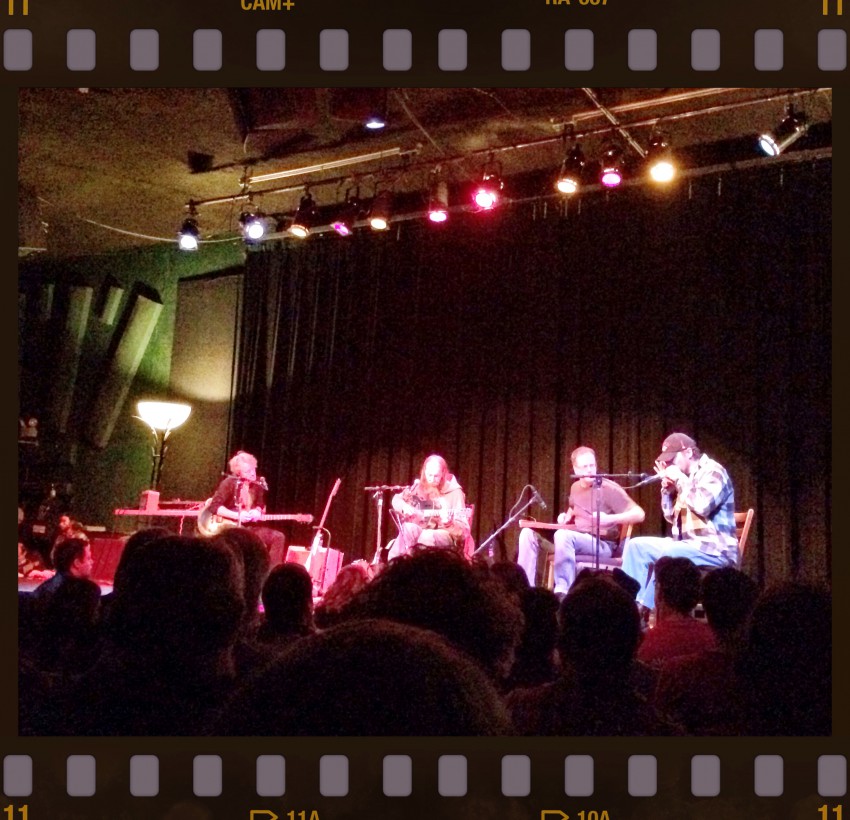 Charlie Parr has become one of our all time favorite artists – a classic Minnesota performer who is talented, modest and just plain old nice. When we saw he was coming back again to the Cedar Cultural Center for the low, low price of $15, tickets were purchased right away (which was a good thing, as this show sold out). He was just sitting in the back when we got there – walked by him and said hi on the way to our seats…

To be honest, I was a little worried when Alan Sparhawk came out on stage with Charlie. They’ve collaborated in the past before the new Hollandale album came out, but the first song they played made me wonder if the Drone, Not Drones concert was starting a week early. I’m OK with the occasional long jam session (a la Neil Young), but I was hoping the Low weirdness wouldn’t rub off on Charlie too much.

Dave Hundreiser and Mikkel Beckmen joined Charlie and Alan after a few songs, which brought a different overall vibe for the rest of the show (in a good way). Cheap Wine, Rattlesnake and Ain’t No Grave Gonna Hold My Body Down were all personal favorites (although I was hoping for banjo on that last one). It was great hearing him tell more stories in between songs this time too.

Opener Chicago Farmer was awesome. I hadn’t heard of him before last night, but he was super funny and talented and we ended up buying his CD after the set. We also picked up a number of Charlie Parr CDs that we didn’t already own, along with the Meeting Charlie Parr DVD (which was a steal at $10). I watched the documentary today and it’s definitely worth a watch if you a fan of Minnesota music.

Up next: Jason Isbell at First Avenue on Saturday night.