A Night at Paisley Park 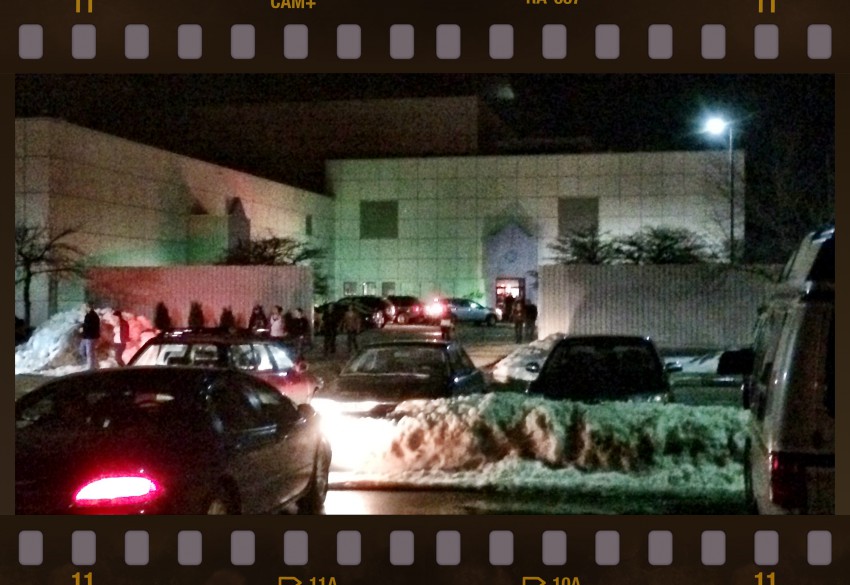 Prince has always been an interesting person to follow – musical genius, recluse, sex symbol, regular symbol, prolific (musically and legally) and a huge part of Minnesota music history. Purple Rain was my first album, quickly followed by the entire back catalog. I stuck around for the next few years: Around the World in a Day, Parade, Sign “O” the Times and Lovesexy were all strong albums and I even liked Batman and Graffiti Bridge a fair amount, but Diamonds and Pearls signaled the beginning of the end for me. Throw in a lot of great B-sides over the years and a few recent hits, though, and it’s enough to stay interested in an extremely talented musician.

I had seen Prince live a few times before: once at the former Glam Slam in Minneapolis and once in a two-song benefit performance at the Metrodome for Special Olympics on July 20, 1991 (where he performed, oddly enough, Diamonds and Pearls, followed by Baby I’m A Star). I think I also saw him at the old Saint Paul Civic Center during the Parade Tour on October 3, 1986, but I’m not positive about that one (ARC?).

Last night I finally decided to make the trek to Chanhassen for one of the “special evenings” at Paisley Park. Dessa and Aby Wolf had been posting on social media that they would be performing for sure at 11pm, so I thought the $30 door charge was worth it just to see them (and it definitely was). The whole night was a trip, to be honest…

The Paisley Park After Dark flier that was listed on Dessa’s Facebook page said it would run from 9PM until 2AM, so I decided to just go by myself (why don’t I have more night owl friends?). Since I knew Dessa wouldn’t start until later, I decided to leave home after 9 and headed to the Lifetime Fitness headquarters at Highways 41 and 5 to look for parking. There was nothing set up there at all, so I drove straight to Paisley and they let me park in that lot.

The no phones policy was apparently a big deal, so I left that in the car and headed to the door everyone else was entering. Inside was a very large security guy who introduced himself to me, shook my hand, told me to have a good time and directed me to the ticket counter – no questions about phones or recitations of the house rules. A friendly woman took my $30 and stamped my wrist, while Prince’s motorcycle from Purple Rain stood behind her. I was finally in the house that Prince built.

I walked past a merch table (which had a somewhat limited selection of goods) and a concessions area (pancakes!) into a soundstage area with a DJ in front playing mostly Prince tracks. I wasn’t really sure what was going to happen, as that space wasn’t really big enough for Dessa’s band. There were two video screens playing old episodes of Burt Sugarman’s The Midnight Special variety show, which was actually pretty trippy (how about video of Gordon Lightfoot with audio of Blurred Lines?). I wasn’t sure if those curtains would drop or what, but at one point, people just started filing back towards the entrance and into a huge soundstage next door.

That room was large enough to be an aircraft hanger – with a big stage, all the standard riggings, projectors throwing huge designs on the back wall and a *loud* sound system that was being powered by a DJ in the back of the room. There were a few platforms set up around the back and sides with tables, but it was primarily a big floor with room for I’d say around 1500 people (there were probably around 300 there at any given time during the night). The sides of the stage were roped off and had one of the big security guys standing there all night, but I liked the pool table on the one side I was near.

The DJ mainly played Prince songs for about 45 minutes, with no sign of any technicians or musicians on stage. Dessa and her band were finally announced by the DJ and all of them came out at the same time and just started playing (Dessa, Aby, the drummer, bass player and guitarist/keyboardist). I really wish I could’ve got a set list – it was a great performance, which included several songs with Dessa coming out on the floor to sing. She called out Sims in the crowd, but he did not join them on stage. I do know she finished with Dixon’s Girl and Fighting Fish, but I don’t remember the order of any of the others (which included Skeleton Key, Call Off Your Ghost and Annabelle from the new album).

After they finished, everyone left the stage and the DJ started playing again. Since there was no further activity on stage, I decided to go and order some pancakes. Prince apparently doesn’t allow any alcohol or meat to be sold there, so I had some scrambled eggs and a bottle of water with my pancakes (which were very tasty and a decent deal for $6). While throwing away my trash, I noticed Dessa standing there with Sims, so I walked up to her and thanked her for the show. I also told her about how kid one used her poems from A Pound of Steam for her high school speech pieces all year long, then headed back into the main stage area. There were now three roadies on stage setting new stuff up. When one of them brought out a symbol-shaped mic-holder, the place went nuts.

Of course it was quite a while longer before anything else really happened. The techs seemed to be having all sorts of problems, which may have been an indicator of things to come. Eventually the women of 3rd Eye Girl came out and started to tune everything before briefly leaving the stage again. They didn’t stay away too long, though, and started playing without Prince. He came out of a door behind everyone and just walked alongside the crowd and up on the stage. He had a vinyl album in his hands that he gave away to someone in front, then picked up his guitar and proceeded to play an incredible version of Bambi, complete with an extended guitar solo that was not of this world.

I must say, 3rd Eye Girl was just brimming with talent (not something you can say about all of Prince’s backing projects). I especially liked the drummer, Hannah Ford Welton, who just seemed so happy while she played. Next they played Funknroll, after which Prince said something along the lines of “I used to love rock and roll songs, but now I hate them.” Before song three, he lit some candles (there was practically no lighting at all during the first two songs), then said this one is dedicated to…her (after telling a guy who yelled out “Me!” that he was too deep).

What happened next was just sort of depressing – he stopped playing partway through the song, trying to retune his guitar before setting it down and walking to the back of the room (while the rest of the band continued to play). He came back and went over to the keyboard for some improv before heading to take the drummer’s seat. He did a solo there before taking the bass from Ida Neilsen and doing a solo on that. As he started to walk towards guitarist Donna Grantis, he did the cut sign across his neck, had them all stop playing, then walked off stage.

3rd Eye Girl stood on the side of the stage for a few minutes before a handler finally came and took them away. The DJ started playing music again and everyone just sort of stood around waiting to see what would happen next. After about ten minutes, security started asking people to leave. I walked out to my car and checked the time on my phone – exactly 2AM.