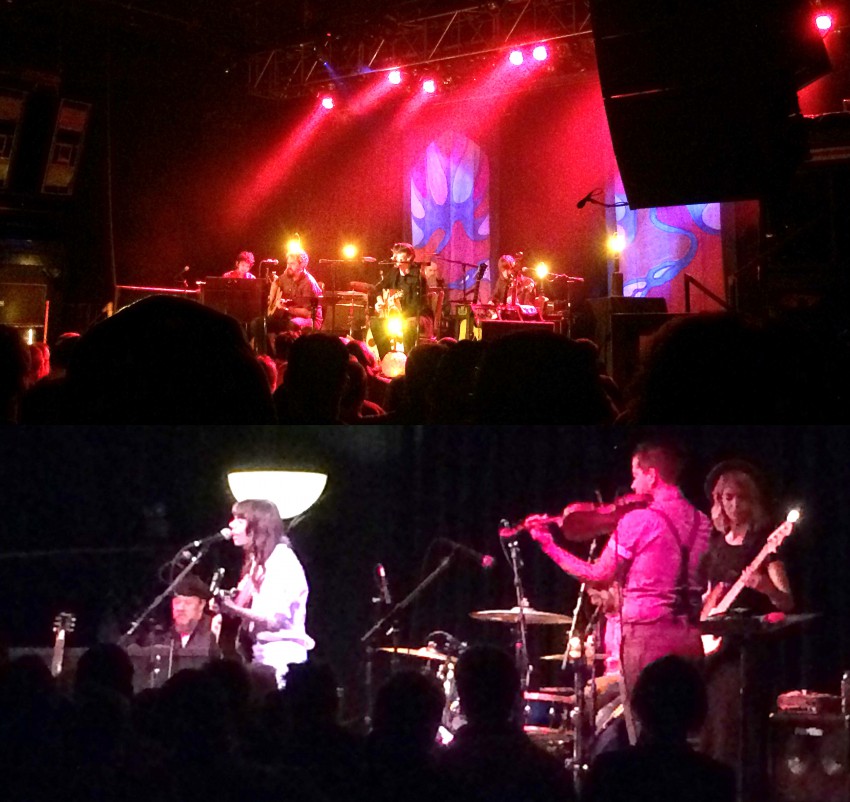 The week after we had our first opener only show at First Avenue, I had another first – two concerts in one night. This was just stupidity on my part, as I forgot to check my calendar before buying the second ticket (and I almost bought tickets to the Charlie Parr album release show at the Varsity too). In true music critic form, though, I just hopped in the car between shows and caught part of each.

First up was the sold-out Hurray for the Riff Raff show at the Cedar Cultural Center. Doors were at 7 and there was an opening act. Canadian Daniel Romano was originally scheduled, but he dropped out and Laulu was added at the last minute. They were OK, but I was really hoping they would just skip the opener so I could get to First Avenue quicker.

Colleen had heard good buzz on Hurray for the Riff Raff, so she bought us two tickets as a Christmas stocking stuffer. Lead singer Alynda Lee Segarra has been on Treme and I picked up their major label debut Small Town Heroes a few months back and really liked it. They played Festival Palomino last year and apparently were well received at SXSW.

Their live show was just great (and they had the tallest female bass player I’ve ever seen – don’t think she played on the album, though). The Shusters showed up too, which was a nice surprise. It was a standing show, but we sat on the benches in back for most of it. I really didn’t want to leave, but headed for the door right as the main set ended. Colleen stayed for the encore, while I made it to First Avenue just as the second set of Drive-By Truckers Revenge of the Dirt Underneath Tour started.

I’ve seen them before, but this was a unique acoustic show with lots of commentary on how the songs came about (kind of like MTV Unplugged). Patterson Hood is one funny dude (and a very good storyteller). Mike Cooley was a little more reserved, but those two voices are just so unique and powerful. Picked up a cool signed poster, but never found a good place to stand since I got there after everyone else. The Prince Sign O the Times cover was another instant First Avenue classic – just perfect…