Madisen Ward and the Mama Bear at the Cedar 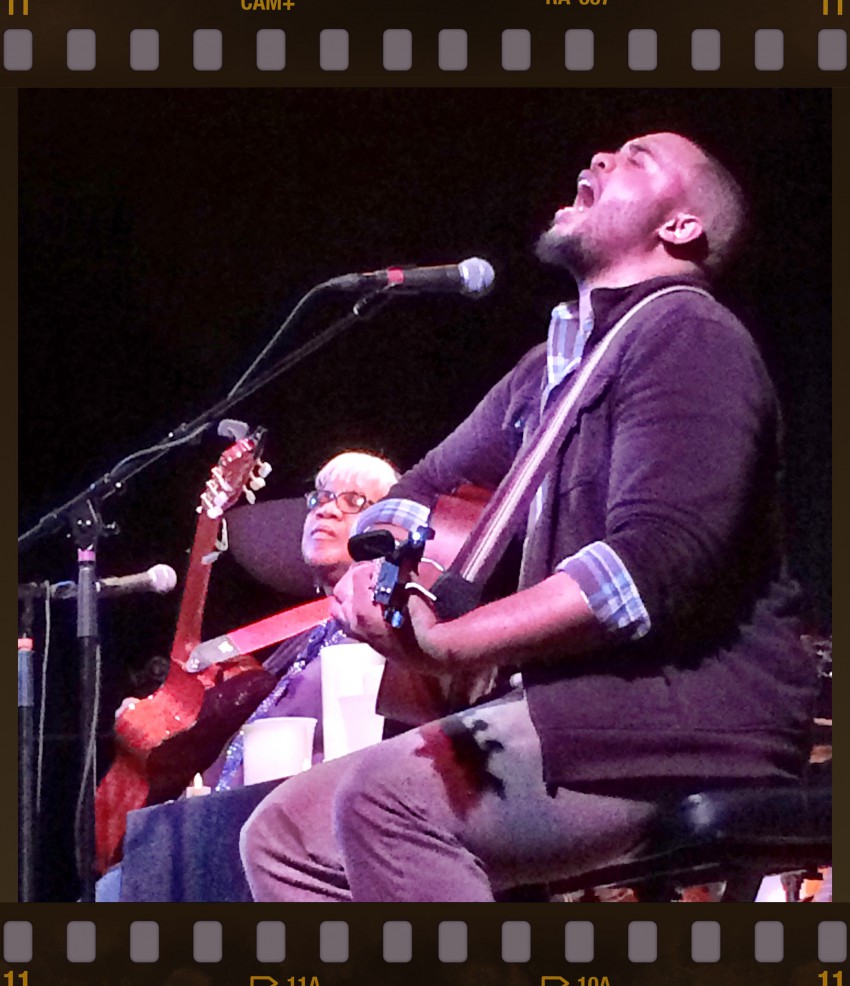 A co-worker asked me what concerts I was going to this weekend and I realized we have no tickets purchased for anything in February (how did that happen?). So here’s one from way back in October that I never got around to posting…

Colleen had heard about Madisen Ward and the Mama Bear from a performance at SXSW. The mother and son duo from the Kansas City area were called “the most in-demand new band on the planet” by NME and are signed to Glassnote Records (home of Mumford and Sons, Jeremy Messersmith and CHVRCHES). Their album Skeleton Crew was recorded with British producer Jim Abbiss, who has worked with Arctic Monkeys and Adele.

This Sunday show at the Cedar Cultural Center took place on October 25, 2015. Madisen and Ruth were joined on tour with bassist Brent Kastler and drummer Tom Hudson and they played a nice selection of original and cover songs. I don’t have the full set list, but here are a few favorites that I remember:

The Cedar brought back Hurray for the Riff Raff openers Laulu to open this show as well. More pics after the jump.