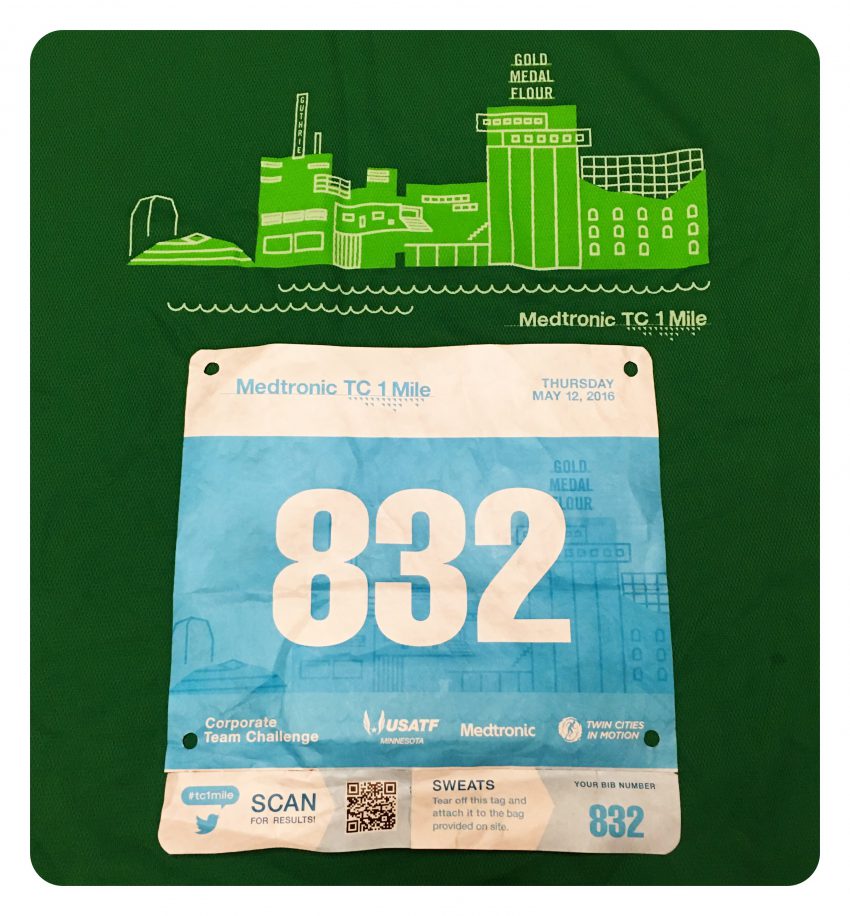 As I likely wrote the first three times I ran this race, the TC 1 Mile is one of the hardest distances I run every year. Even the Superior 50K was a different kind of pain than I experience when trying to run 5,280 feet as fast as I can. My arms feel oxygen deprived, breathing is a challenge throughout, I never seem to have a kick at the end and I usually want to double over after crossing the finish line. Strangely enough, I’m always back to normal in about ten minutes.

This year was unique in a lot of ways. First off, they changed the course again because of the Nicollet Mall construction, moving to a riverfront course near the Mill City Museum and the Guthrie. Second, I was captain of a Corporate Team Challenge group representing U.S. Bank Stadium. Lastly, I’m three years older than the last time I ran this distance (and much, much slower).

The new course was extremely convenient to our office, so our team of eight just walked over for the start. The CTC wave was the very first one at 6:30pm and we made the rookie mistake of standing at the back of the corral. When the race started, our faster runners had to dodge and dart around people for the first quarter mile. Special shout-out to Jordan for being the group photographer, cheering squad and boot storeroom all rolled up in one.

I wanted to run four equal 90-second splits, but only did the first one at that pace, hitting the half-way mark ten seconds over the goal. I’ll admit I basically threw in the towel at that point and didn’t look at my watch again until I crossed the finish line at 6:47, a full 37 seconds slower than 2013. I’d say maybe 10 seconds of that was due to poor positioning at the start, but it was still disappointing.

The team, though, did great – I’m very proud of everyone. Shannon broke seven minutes, Marlon won the overall crown and we all talked about coming back next year prepared to take it to the next level. The post-race party at Day Block Brewing was very nice and several members of our team won door prizes. We ended up getting a table downstairs for drinks and dinner – quite a fun way to spend a beautiful spring Thursday in Minneapolis.