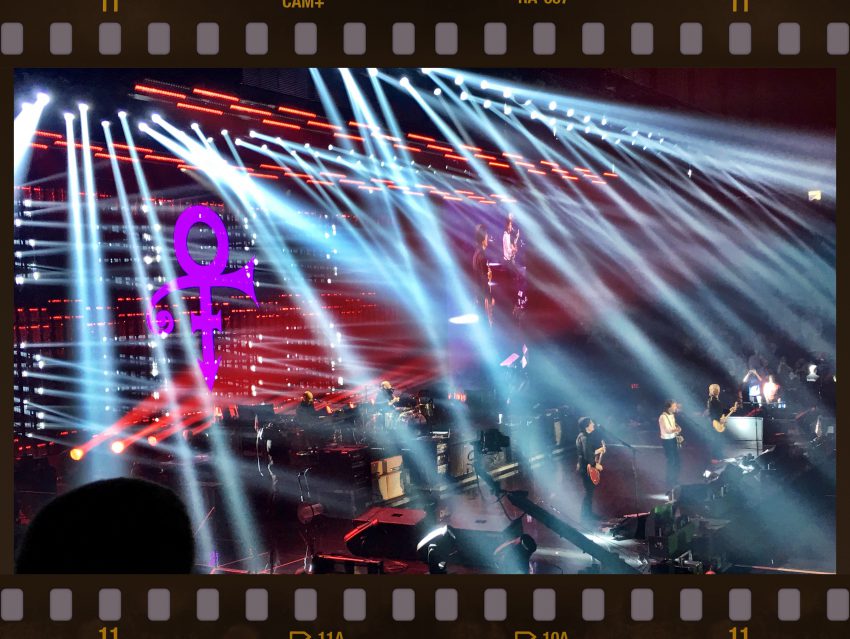 When Paul McCartney played Target Field in August 2014, I just couldn’t pull the trigger on expensive seats in an unknown venue (at least from an acoustics standpoint). Then the reviews came out and I was in serious regret mode. And as the last few years have shown, if you want to see someone in concert, do it when you have the chance.

Sir Paul may be getting up there (he turns 75 in June), but his concerts are still marathons (just like Bruce and Neil). When the One on One tour was announced, I cringed a bit when I saw Target Center listed. That venue has gotten much better over the years, but I still prefer Xcel (especially when the tickets are pricey). I pulled some strings to get the best tickets I could for the price category we wanted and ended up about ten rows up on the side (and not in the $250 section).

This show was everything I had hoped for – nearly three hours of non-stop classics from a true rock and roll superstar. Based on Ross Raihala’s review, it was very similar to what I missed at Target Field. Our May 4th concert was almost two weeks after Prince’s death, so the one noticeable change was the addition of Let’s Go Crazy to the encore (which was heartfelt, but didn’t follow the actual lyrics). Sounded like the May 5th show was a carbon copy of the night before, so I’m glad we didn’t try for both shows.

The production quality of this show was top-notch. The rising platform, background video boards, lighting and pyro were all incredible – I can still feel the heat from Live and Let Die in my mind. The only flaw in the production were the two boom cameras on each side of the stage that continuously blocked sightlines all night. Telephoto lenses, anyone? As a child of the 70s, I’d also take more Wings, but it’s hard to complain about 40 songs – especially when they include Let It Be, Hey Jude and Eleanor Rigby.