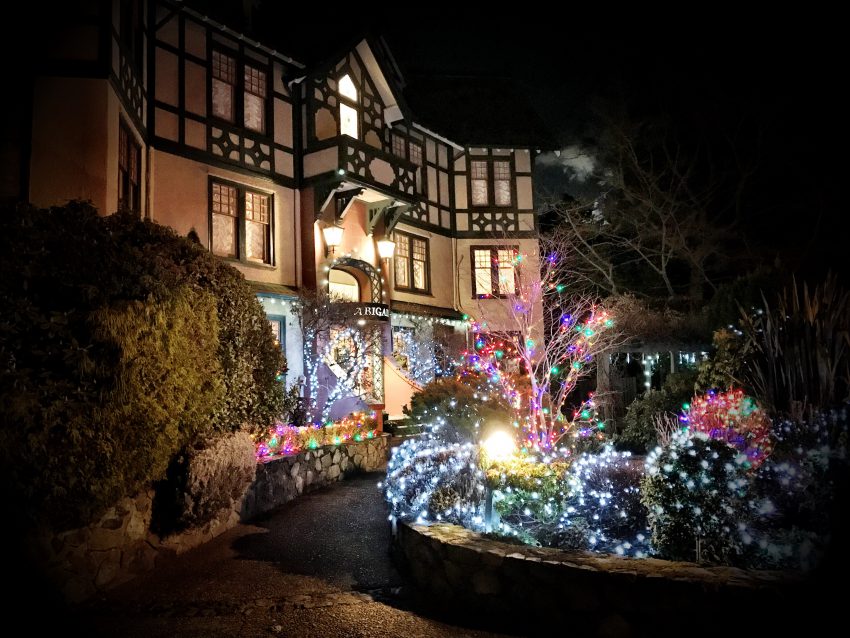 Last December was our 25th wedding anniversary. We hadn’t taken a real vacation since 2013, but thanks to the little windfall from Mystic Lake, that was going to change. We reviewed a lot of options from the bucket list, but weather and my work schedule limited our real choices. We could squeeze five days in between Monster Jam and the Vikings and wanted to go somewhere new (even though Florida, SoCal and Vegas were all very tempting). And the winner was…Victoria, British Columbia.

It actually was part of my bucket list (#32 – Watch the lights turn on over Victoria Harbour) and the average temps for that region in December are usually moderated by the Pacific. Unfortunately, as one local informed us, this was the first snow Victoria had seen in 20 years. It was very weird seeing green bowling lawns, flowering plants, outdoor running fountains…and small piles of snow. It stayed in the 30s (F) the whole time we were there, with a fair amount of wind to make it seem even colder. We packed appropriately, though, so it wasn’t nearly as bad as Vienna during Christmas market season.

We flew Sun Country into Seattle and rented from National’s Emerald Aisle (love both of those companies and had great experiences again this trip). TripAdvisor had great things to say about Abigail’s Hotel in Victoria (including most romantic hotel and #1 hotel in Victoria), so I booked four nights there. It was amazing – daily breakfast cooked to order, beautiful rooms and lobby, friendly staff and a central location that was an easy walk to the harbour area. They even upgraded us to a nicer room for our anniversary at no charge and left us a personalized card and gift upon arrival.

Before we got to Canada, we made a quick stop in downtown Seattle. Colleen had never been there before, while I used to go all the time when I had servers at the former Digital Forest (RIP). Pike Place Market was great, but really cold. We visited the original Starbucks and I had Beecher’s mac and cheese for the first time. After some very fresh fish and chips from Jack’s Fish Spot, we headed north on I-5 to the border. The Canadian customs agent literally asked us just two questions: 1) purpose of the trip and 2) do you have any weapons? He told us to have a great anniversary and sent us on our way.

We had a fairly strict schedule to follow, as we were booked on the last ferry to Swartz Bay. The entire experience on BC Ferries was super cool and we got to ride the Spirit of British Columbia going over and the Spirit of Vancouver Island coming back. They were almost identical, holding a maximum of 410 cars and 34 semis. The trip over in the dark was not nearly as scenic as the morning return on Friday (which was beautiful). A bit expensive overall, but I’m still glad we did that instead of flying straight to YYJ. It was also cool to have one of the very few cars on Vancouver Island to have foreign license plates (seriously, that was weird how almost *everyone* had BC plates in that town).

On Tuesday, we started the day by walking to the harbour area and visiting the wonderful Royal BC Museum. This place was one of the better museums we’ve seen, with a wide variety of well-done natural and human history exhibits (including some amazing First Nation artifacts) and a high-quality gift shop. We walked around the inner harbour area, checking out the Legislative Assembly of British Columbia and the Fairmont Empress Victoria. The Fairmont has had quite the history and one of the guides at the BC Museum had told us not to miss the pictures in the basement (which was a very good tip).

For lunch, we walked over to Victoria’s very little Chinatown on Fisgard Street and ate at Shanghai City. After that, we walked back to the hotel to get the car for a little excursion along the southern coast, which included a stop at the University of Victoria bookstore to pick up some things for MK (whose middle name is Victoria). We finished up the day with a minor league hockey game at the Save On Foods Memorial Centre, where we watched the Victoria Royals beat the Portland Winterhawks 5-1. It was super fun entertainment, with on-the-glass front row tickets all of $25 each. For all the money we saved on tickets, I ended up leaving with a new Royals jersey too.

Our actual anniversary on the fourteenth started with a driving trip along the west coast of the island. The same guide at the BC Museum told us to drive through Sooke to Port Renfrew, then turn east and go through the mountains to Lake Cowichan before returning south to Victoria. We stopped at French Beach Provincial Park, which was (of course) cold, but a beautiful mix of ferns, large trees and rocky seashore. It felt a lot like the North Shore of Lake Superior, but with salt water (and the possibility of seeing whales, which we unfortunately did not experience). The farther out we got, the more remote it seemed, but the Port Renfrew Pub in Snuggery Cove was an oasis. Great food, friendly service and some seriously frozen ferns.

The road from Port Renfrew to Lake Cowichan was challenging, but nothing like the shitshow that Siri and Apple Maps pulled on me when we returned to Victoria. We had anniversary dinner reservations for The Dining Room at Butchart Gardens and we were running late. I asked Siri for the fastest route and the directions given were practically suicidal – single lane (but bidirectional traffic), switchbacks with huge vertical, ice covered surfaces, blind intersections and poor lighting all contributed to something that should have never been advised by any sane person. We eventually arrived safely in one piece, but it was stressful and basically ruined the rest of the evening.

The restaurant was nice and the gardens were decorated in Christmas lights and animated figures representing the twelve days of Christmas. They had an indoor carousel that we rode and the snow interacted with the lights in a very pretty way (even though it was bitterly cold out). We took the “normal” way back to Victoria from Butchart and were very happy to get back to the room.

On our last full day in Victoria, we started off with a visit to the Mayfair Shopping Center before looking for a fish and chip restaurant we wanted to try (Red Fish – Blue Fish, which turned out was closed for the season). Our backup was the Irish Times Pub, which was wonderful. We stopped back at the local Roots store for more goalie socks, then waited by the harbour for the lights to turn on (bucket list – check). Dinner that night was at the highly rated Pizzeria Prima Strada on Cook Street, which was good (but still no match for Punch in Minnesota, in our opinion).

Friday was a planes, trains and automobiles kind of day (with ferries instead of trains), with a very early start to catch the first ferry out of Swartz Bay. As I mentioned earlier, seeing the other smaller islands on the way back to Tsawwassen was incredibly cool. The waves were much larger that day, but the huge ferry just plowed right through them, causing surprisingly large plumes of water to deflect backwards.

We passed through U.S. Customs after about five questions and had time to stop at Tulalip Resort Casino before heading to Sea-Tac. Tulalip was a huge diappointment – it’s a beautiful property, but their gaming floor was terrible (limited game selection, with the same games over and over). The airport, however, was great – the new Sub-Pop store was a wonderful addition to my usual stop at Ivar’s for fish and chips. 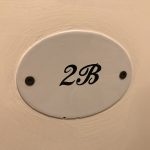 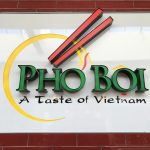