Garbage at the Skyway Theater 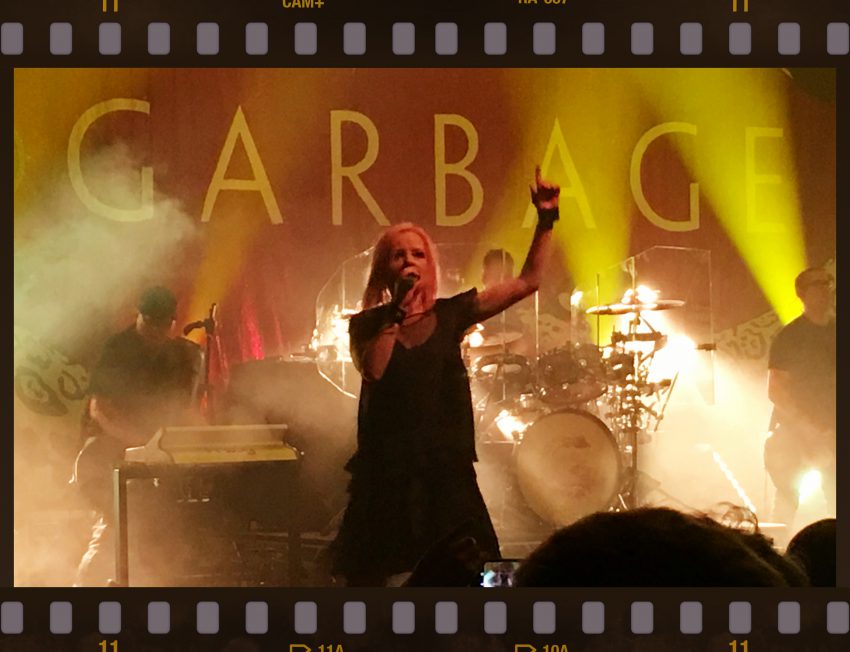 Digging back into the concert archive from last year, I was extremely happy to finally cross Garbage off the bucket list on July 7, 2016, at the Skyway Theater in downtown Minneapolis. As a graduate of UW-Madison, it always seemed like a fail that I had never seen them live before. And then to have the show at a venue I had never been to before was a double bonus.

The Skyway (capacity just under 2,000) was…interesting. Definitely one of the louder spots in town, we could literally feel the entire building shake when we walked under it from the old Dayton’s parking lot. We never did see it with the house lights up, so I’m not entirely sure how it was set up. I also didn’t go upstairs into the balcony, but Colleen said it had concrete rows to sit on (with no actual seats).

I’ve had a crush on Shirley Manson ever since I heard her on a radio interview way back in the day (that I can now barely remember). The Scottish lead singer thing always seemed like a weird combination for a band from Madison, but it’s worked out well for them. Manson is now 50 (49 when she played this show), but still had huge stage presence and boundless energy. Her vocals sounded wonderful and she honestly seemed happy to be back in Minneapolis. I hadn’t had much of a chance to listen to their new (at the time) album Strange Little Birds before the show, but it’s really grown on me since.

The other reason I was really excited to finally see Garbage was Butch Vig. Unfortunately, the 61-year-old drummer and producer was ill and recovering back in LA (according to Shirley). In addition to playing with Garbage, he’s produced albums for a who’s who of my iTunes library: Nirvana, Smashing Pumpkins, Green Day, Foo Fighters and Muse (among others). The replacement drummer was fine, but if they ever come back again, I’ll go again to try and see Butch.

As for the actual show, here are a couple of reviews I found. Great to hear both the new songs and classics like Only Happy When It Rains, Why Do You Love Me and Sex Is Not the Enemy. A set list from setlist.fm and a few pictures after the jump.