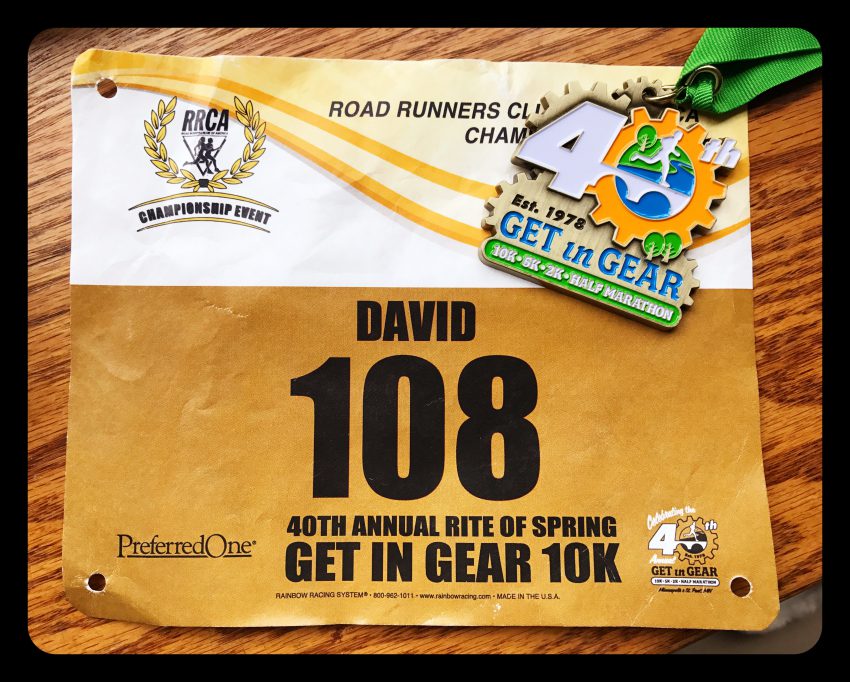 The 2017 edition of the Get in Gear 10K is in the books and I knew it was going to be a slow one for me. I’m not really sure how to explain it, though. I’m usually undertrained every year for this race, but had been able to turn in decent times the past seven years. This was my 16th in a row (17th overall) and GiG remains one of my favorite running events on the Minnesota race calendar: very well organized, beautiful course and huge turnout of “my people.”

Seemed like there were a lot more half marathoners this year. Found out at the Lake Street bridge that they had a new course, so that probably explained the renewed interest. Looks nice, but Get in Gear will always be a 10K event for me.

A few other random notes: