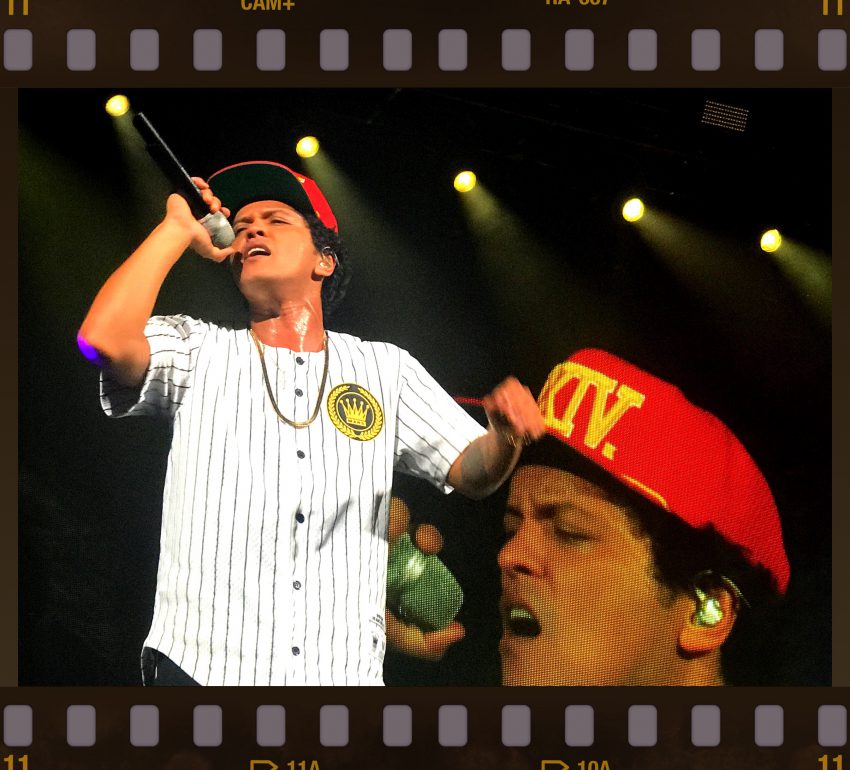 It seems like forever ago already, but one of the highlights of our Vegas trip last month was a private concert by Bruno Mars at the new T-Mobile Arena that the Golden Knights will call home. The Cisco Live! conference had around 28,000 attendees and most of them tried to squeeze into the arena for the roughly 80 minute set (with no opener and no encore).

We had passes to get in early and were herded to the upper level concourse for free food and drinks. Before the full doors opened, we worked our way down to the arena floor and I got a spot on the end of the front barrier. Bruno and his crew spent more time in the middle of the stage, but it was still a great spot to watch them up close. Conference organizers handed out free hats with flashing lights, so the place was really more electric than it would normally be with a bunch of nerds.

Kid two was more than a little salty that 1) I got to see him first and 2) that I was that close (when Bruno came to my side of the stage, he was literally about four feet away). Ended up taking way more video than usual, just so she could experience it too. No merch for sale and I didn’t get a set list, but it was pretty much what you’d expect. My favorites were the big hits: That’s What I Like, 24K Magic, Just the Way You Are and (of course) Uptown Funk.