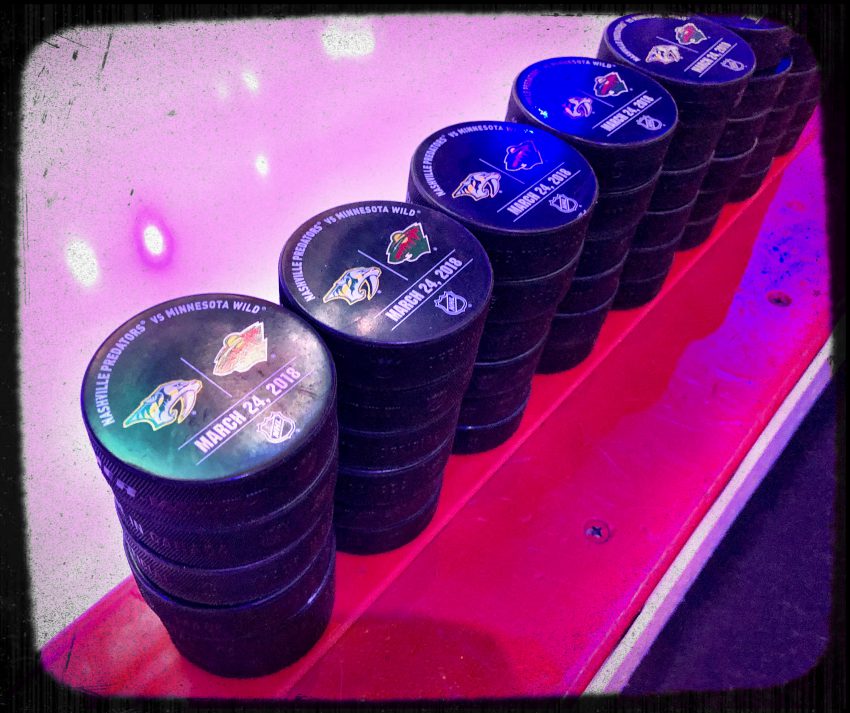 Tonight’s 4-1 victory over the Nashville Predators was a great game for the home team, who are in a tight playoff race. It was also a great game for Colleen and I, as we were invited by my uncle to sit with him in the Audi Quattro seats. These seats are not available for every game (it’s the spot where Pierre McGuire stands between the benches when NBC does the broadcast), but they were up for auction to season ticket holders and my uncle bid and won. This was a good thing, because the face value of $1550 per seat is just a little out of my price range.

We had to register our car ahead of time so we could park where the players park. Our little Honda Civic fit right in with the Mercedes, Audis and the Maserati. Our friendly host for the night, Jared, met us at the loading dock and took us to the Jack Daniel’s Old No. 7 Club for dinner. Matt Anderson made an appearance and we had a very nice buffet dinner before down to ice level. The team photographer took shots of us outside the locker room and on the Wild bench before warmups. We also got to watch the team exit the locker room before we hit up the Audi Quattro Club.

Sitting between the two benches was really something else. We couldn’t hear as much banter as I would’ve liked, as the plastic “glass” around us was tall and fairly sound-proof. There were a few f-bombs dropped towards Koivu and Prosser, which was very entertaining. I wish I had a better camera with me than just my phone, but you can see the best shots after the jump.

After the first period, Jared escorted us up to the press box for a tour, which was fun. I’ve been up there before, but never during a game. Got to say hi to Russo in the hallway and took a peek inside their video control room before heading back to the seats (and missing the first Wild goal while riding the elevator back down to main concourse). We skipped going back to the Quattro Club and headed to our car immediately after the game (which had surprise gift bags in the back seat). Nice game experience touches, to be sure… 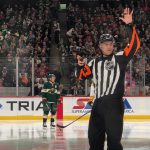 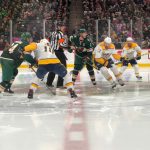