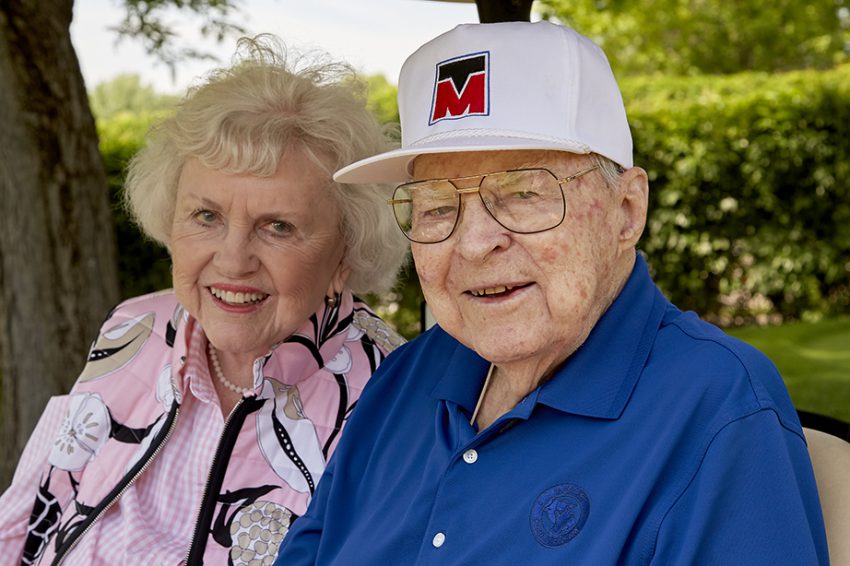 When I was three years old, Bob Klas, Sr. and Pat Cody founded a charity golf tournament at Southview Country Club to raise money for Minnesota children and adults living with developmental disabilities. I started supporting the event after tournament president Phil Callen read about my CD-ROM guide to Minnesota golf in a Pioneer Press story written by Gregg Wong (who also wrote about the tournament). This started an 18 year run that included multiple versions of the tournament website, thousands of lines of code, hundreds of photographs and one very stressful long weekend every June. I even got to play in the event one year, shooting two embarrassingly high numbers and failing to make the cut.

Last year, the Klas family decided to find a new group to continue the tradition and the tournament has transitioned to the leadership of the Minnesota Section of the PGA. They have launched a new website and will take over all tournament operations this year. I plan to add a Tapemark section to this site, so that people can still view the old scoreboard pages and view some of my favorite photos from past tournaments.

Last Friday, Bob Senior died at the age of 91. My condolences go out to the entire Klas family, many of whom I have had the pleasure to spend considerable time with since joining the Tapemark family. That’s really what it was too, a family. It was always so great to see Bob Senior at the drawing banquet and driving his golf cart around on tournament weekend with wife Sandy by his side. His son Bob Junior is a wonderful person too, although I’m not 100% convinced he really likes golf all that much.

Pics and obituary after the jump. UPDATE: the 7MM Tapemark page is here.

Robert C. Klas Sr. Age 91 February 26, 1928 – March 8, 2019 Passed away at Lilydale Senior Living in Lilydale, MN, surrounded by family. Former President and CEO of the Tapemark Company in West St. Paul, Bob was a continuing member of the Board of Directors. Born and raised in Wabasha, MN, he was the second oldest of nine children. It was when he was in high school that Bob began his career in business when he purchased, along with his older brother Dan, a full-sized portable popcorn stand. It was through his paper route, home chores, the popcorn business, and his living away from home while working the rails as a teenager that he learned the importance of dedication and hard work. Upon graduating from Wabasha High School in 1946, Bob spent the following two years in the U.S. Navy before entering Hamline University in 1948. It was when he was a student at Hamline that Bob met and married the former Frances Alexandra “Sandra” Boardman. Together they raised six children. Upon graduating from Hamline, he soon was hired at the one-machine Tapemark Company. Bob eventually purchased Tapemark, building it into one of the premier tape- and adhesive- label printing companies in the Upper Midwest before transforming the business into a medical device and pharmaceutical contract manufac-turer with end-use customers located throughout the world. In 1967, Bob was named “Small Businessman of the Year” by the St. Paul Chamber of Commerce. Tapemark was twice voted Best Managed Company in its industry under his leadership. Later in his career, Bob led a turn-around of WTC Industries, serving as its Chairman until the company was sold to CUNO Industries. Parents of two special needs children, Bob and Sandy were deeply connected to the Saint Paul Association for Retarded Children. It was this association that inspired Bob to found and co-direct the Tapemark Charity Pro-Am Golf Tournament in 1972. Annually held over three days each June, the Pro-Am is recognized as part of the unofficial Grand Slam of golf for the MN PGA Section. Over its 47-year history, the Pro-Am has raised nearly $8 million for special needs children and adults. Included in his numerous business board memberships was his time as Director and Chair of WTC Industries. A very proud alumnus of Hamline University, Bob served two terms as a member of the Board of Trustees, and later was elected a Life Trustee of Hamline in recognition of his long support and dedication to the University. He is survived by his wife Sandra; his children Margaret (Phil) Johnson, Robert (Linda) Klas, Elizabeth (Reid) Polome, Thomas and Christine (Brian) Nelson; his grandchildren Katherine Johnson, Charles Johnson, Scott Klas, Lauren Klas, Annie Polome, Samuel Polome, Christopher Polome and Kate (Jonathan) Plett; his great-grandchildren Noah Johnson and Lily Plett; sisters Mary Peterson, Janet Roberts and Alice (Chuck) Harrison; sisters-in-law Mary Lou Klas, Louise Klas, and Evelyn Morse; as well as many nieces and nephews and grandnieces and grandnephews. Preceded in death by his daughter Frances; parents Thomas and Gertrude; brothers Daniel, James and William; sisters Carol Carr and Harriet King. Visitation will be held on Wednesday, March 13 at Willwerscheid Funeral Home, 235 Wentworth Avenue West, West St. Paul from 4:00 PM to 8:00 PM. Funeral service will be held on Friday, March 15 at the United Church of Christ, 317 2nd Street West, Wabasha, MN, at 1:00 PM. A visitation will also be held at the church one hour before the funeral service. Interment will be at Riverview Cemetery in Wabasha. Memorials preferred to the United Church of Christ in Wabasha.