The Lonely Island at Armory 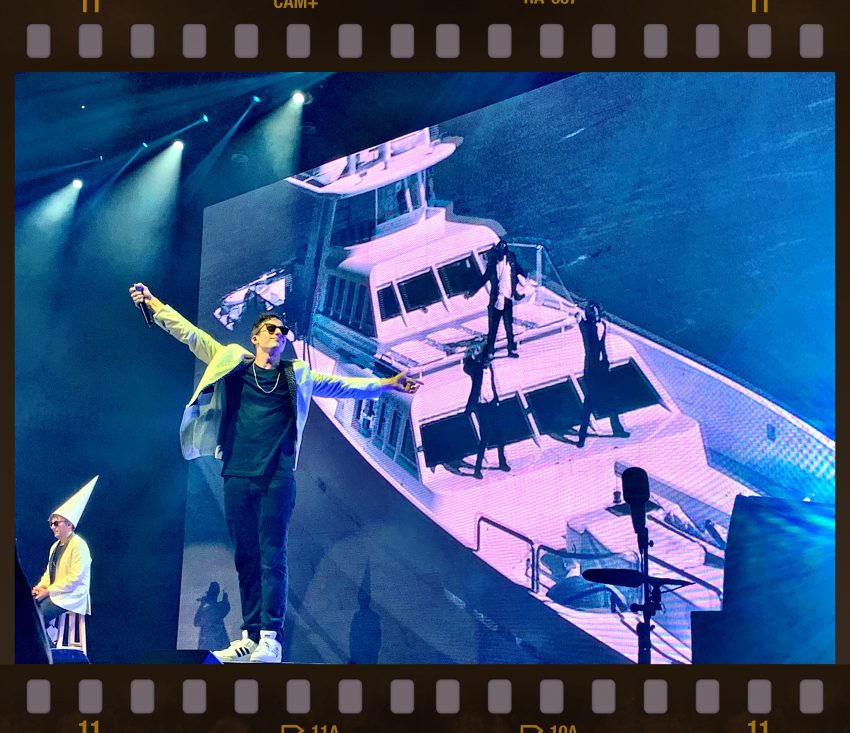 It’s been a while since I’ve written a full concert post here, but the Lonely Island show at the Armory last night definitely merits a longer report. We really didn’t know what to expect, as many of the original SNL video shorts that made their songs famous have big name guest stars and elaborate staging. When opener Neal Brennan (co-creator of Chappelle’s Show) did a straight stand-up routine on basically an empty stage, we were even more confused as to what the rest of the night would hold in store. After a short wait between sets, surprise guest number one, Seth Meyers, introduced the main act and off we went…

Akiva Schaffer, Andy Samberg and Jorma Taccone tore through all of their hits, singing in front of a giant video screen that was brilliantly programmed all evening. The night included many costume changes, but only one other major surprise guest star – the real Jose Canseco during Jose and Mark (from the 2019 Netflix special The Unauthorized Bash Brothers Experience). We were taking side bets on who else might show up: Justin Timberlake has family ties to Minnesota, while Maya Rudolph clearly loves Prince and Minneapolis. No go on anybody else – JT was portrayed as a marionette, while they just played the whole IHOP parking lot video on the big screen. I didn’t want any spoilers by looking up reviews of previous stops on this tour (Minneapolis was the last stop), but apparently T-Pain showed up at Summerfest in Milwaukee for I’m On A Boat and Chris Parnell performed Lazy Sunday at two of the New York shows.

Groups like Lonely Island and Tenacious D are tickets that I’m surprised are so popular, as I’d hazard that 75% of the general population has no idea who they are. Not sure that the Armory show was officially sold out, but the place was packed and we had a long line for the GA floor when we arrived half an hour before doors opened. The four of us ended up with a decent spot far stage left and (most) people were well behaved all night. I personally didn’t get to look at the merch table all that much, but I heard they had a wide variety of creative, fairly priced items for purchase. Setlist and a few pics after the jump. 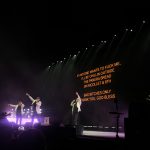