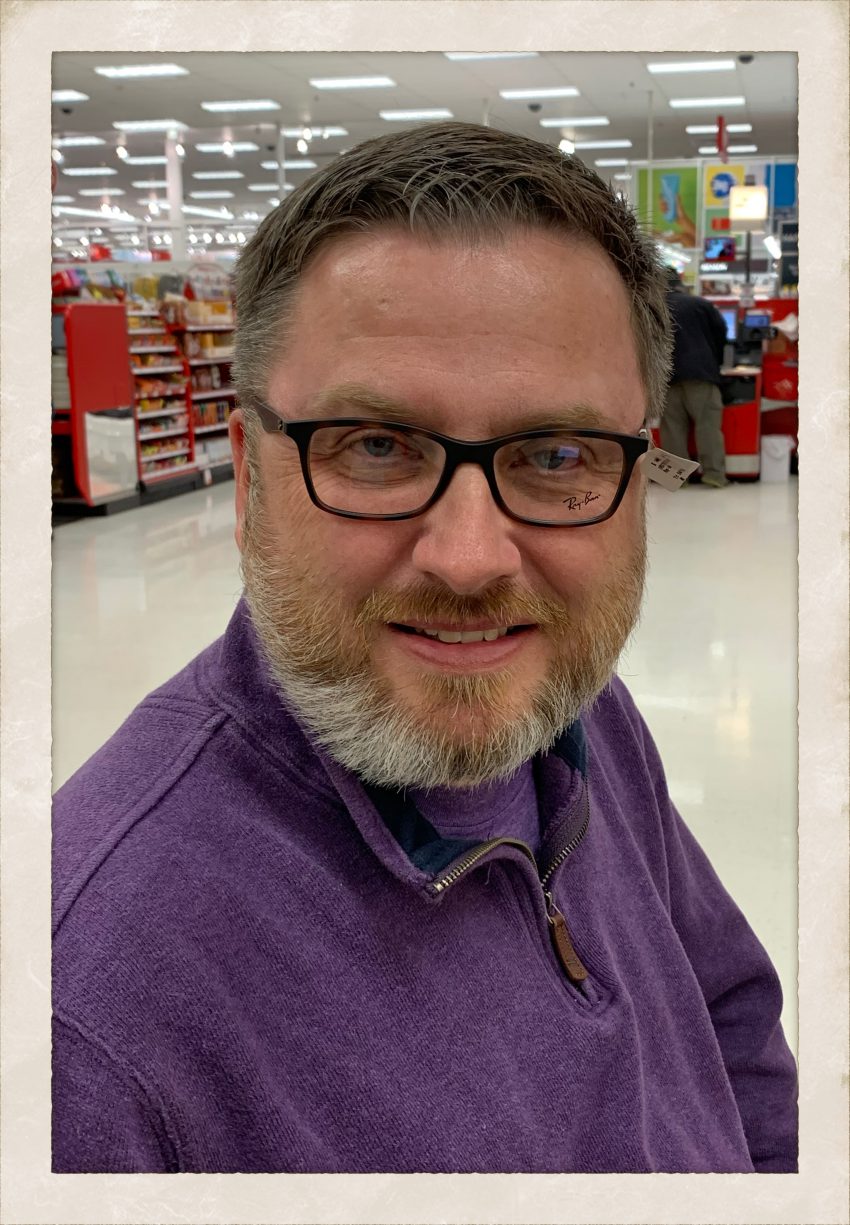 The ongoing saga of my double vision has now lead to a semi-permanent solution. I had always been the one person in my family without glasses, but one of the lasting side effects of my brain aneurysm has been diplopia at farther distances. Thanks to the treatment plans of Dr. Amy Chang and therapist Courtney Mitchell at Hennepin Heathcare, I can now read screens at most distances and watch TV without glasses. Even at farther distances, I can usually find an angle to hold my head to remove any doubling up (although Dr. Chang says that I’m cheating when I do that).

At the end of January, we decided that I’d stop using the 3M Prism inserts in the pair of non-prescription lenses I had purchased from Amazon. We started at a +30 strength in the beginning and dropped all the way down to +8 with the temporary inserts. Dr. Chang wrote a prescription for a permanent pair of glasses that included a +6 Prism for the top half of the lens and some magnification on the bottom half to assist with reading small letters close up (i.e. – cheaters). I’ve had 20/20 vision for most of my life, but age has caught up to me and some things just don’t work the same as they did before (regardless of the aneurysm side effects).

On the advice of a friend, I took the prescription to Warby Parker in the Galleria. Since I’ve never done this before, I wasn’t sure what my insurance would cover, but they had people in the store that seemed knowledgable about my situation and helped me pick out frames and make adjustments for this particular prescription. I paid for everything and was told the glasses would be ready for pick-up and fitting in 7-10 days. After two weeks of not hearing anything, I looked up my order on their website, which had a “please call us about your order” message displayed. No phone calls or emails during this time – WTH? The person I talked to when I called was very nice, but told me that their lab couldn’t produce my prescription, saying the prism strength couldn’t be higher than +5 and that they would just cancel the order. Ugh.

So in the end, I just went to Target Optical in West Saint Paul, which fitted me in a nice pair of Ray-Bans that they shipped in under a week for around $300. It took me a little while to get used to the progressive aspect of my prescription, but once I figured that out, they work really well. I do still prefer to not wear glasses when I can (like right now while I type on the iMac), but it’s nice to have them for driving and for reading the small type on menus in low-light situations. It will be interesting to see how they work for golf and biking later this spring…