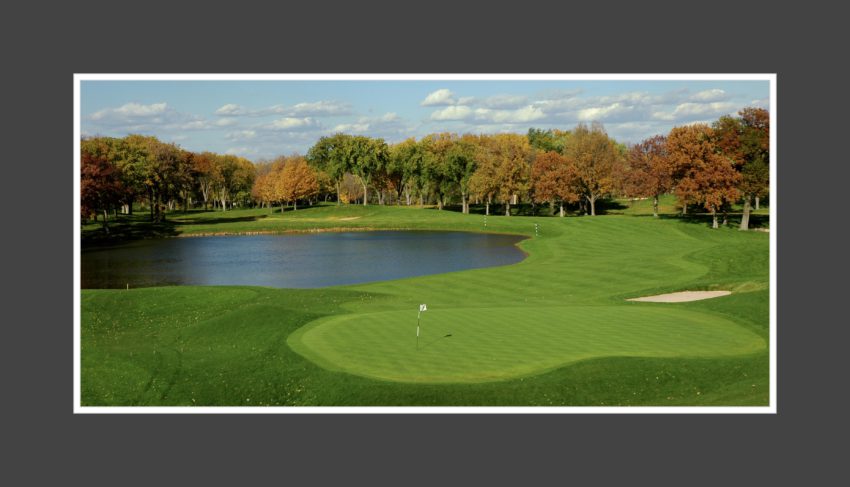 Patrick’s list of his top 10 Minnesota golf courses got me thinking. People often ask me my favorite courses in the state, but I’ve never really wanted to rank them. I’ve also never joined a club, so there are a number of great private courses that I’ve only played a handful of times (and some key ones I’ve still yet to play). Throw in the recent Minnesota public and private rankings from Golfweek and I guess it’s time to finally come up with my list. But since this is 7 Minute Miles, we only do “Top 7” lists around here, OK?

Before we start, a few general comments. Golf has been insanely popular in Minnesota during COVID, which has made it harder to get tee times all over this season. This is a complete reversal of the downward slide the industry took since the “Tiger Boom,” which lead to the closing of so many courses in the state (Joe Bissen documents this history extremely well in his two books on the topic). It’s been a really long time since Minnesota had any courses listed in national “best new course” rankings, but we definitely punch above our weight class nationally, with a wide range of great courses that are typically much less expensive to play than other parts of the country.

Full disclosure: I’m a big fan of Donald Ross and local architects Paul Miller and Garrett Gill are friends of mine. Minnesota has many great Ross courses that don’t make my list, but are truly great courses. Northland and White Bear Yacht Club, in particular, would likely make the list if I got to play them more often (and I’ve never played Woodhill or Minikahda). I’m curious to play Minneapolis again after the big redo, but the layout wasn’t one of my favorites before that work was done. Gill and/or Miller worked on many of my favorite public courses around here, including two that aren’t in my top seven, but are very close to the cut: Legends Club and Meadows at Mystic Lake.

I should also talk briefly about the Brainerd lakes area. There are a concentration of spectacular courses there, but most of them get canceled out for me by the Jeffrey Brauer trio of courses farther north. So I while I think courses like The Classic and The Preserve are wonderful, I’d still rather play at Fortune Bay and Giants Ridge. Deacon’s Lodge is the only course on the Golfweek public list that I haven’t played, so I may have to revisit my thinking about this at some point (I also haven’t played Golden Eagle in Fifty Lakes).

Lists like this are always subjective (and ultimately political), but this is my take for 2020. With all of that out of the way, let’s get started.

I’ve played this Gill/Miller course 45 times and keep my handicap here. I love that the plans for the housing development fell through, leaving the nature vibe intact. I wish they could find a few more yards on the card to get the white tees to 6000 yards so more people would play the correct set of tees, but otherwise this is such a fun layout. It never seems overly crowded and I don’t think we’ve ever had a slow round here in 25 years of venturing down to Northfield. RIP the tree on number 12. 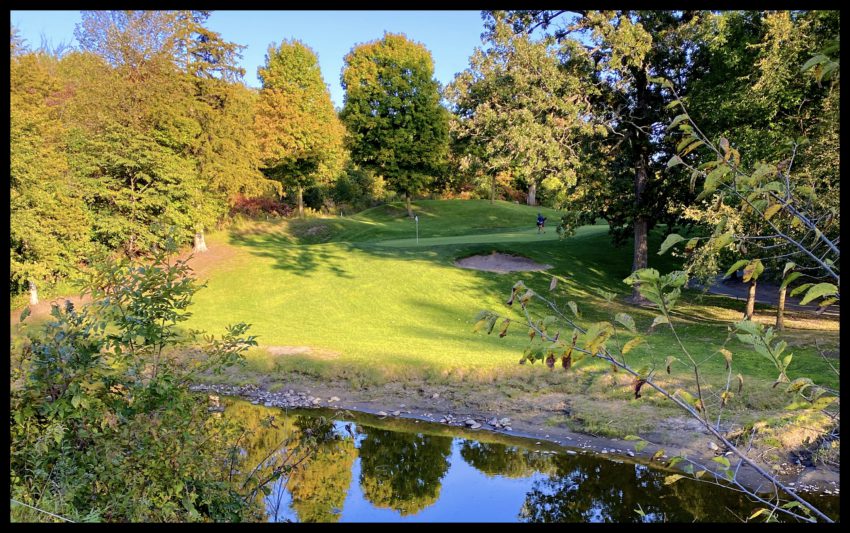 My regular Saturday group used to alternate between here and Willingers on a regular basis, but this really has become our mainstay the past few years. We started playing here in 2000 and had a brief boycott after owner Mike Malone and crew regularly allowed fivesomes on weekend mornings. We had one terribly slow round here this year (a common problem for many courses), but management now is very proactive about keeping things moving. The holes “on top” aren’t all that memorable (aka the farmland holes), but the 11 holes along the Sand Creek would not be out of place in Brainerd. Sand Creek hosts the state high school class AA boys and girls championships (if and when those ever return) and always seems to be in tournament condition. Probably the best Joel Goldstrand course ever. Sad COVID casualty: the free shuttles up the hill for us walkers. 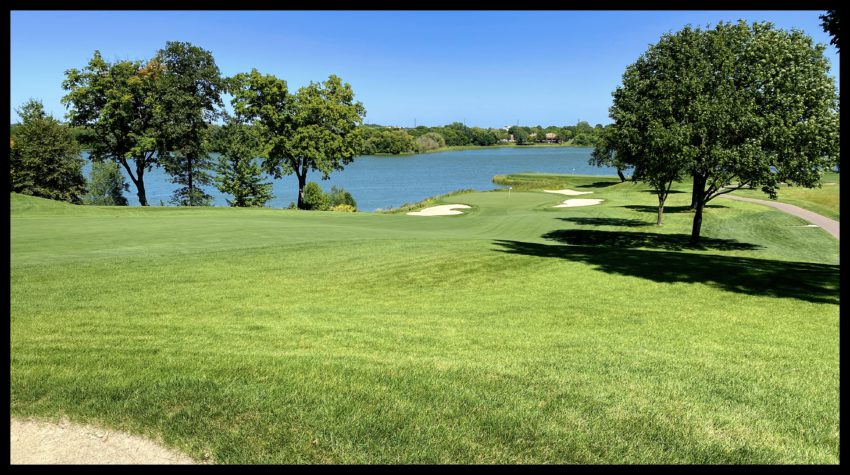 My mentor has been a member here as long as I can remember, so I’ve had the honor of playing Hazeltine several times over the years. The new clubhouse is a big improvement over the old the one, but I guess it’s not really that new any more. It was great fun volunteering at the 2002 PGA Championship, playing reporter at the 2009 PGA and attending the 2016 Ryder Cup as a fan. The staff here are top notch, from my friend (and course superintendent) Chris Tritabaugh to past Tapemark participants Mike Barge and Chandler Withington. The history is building for this “modern” course and it’s super fun to play where the pros play. HNGC would likely be ranked higher for me if I were a better player – it’s an extremely difficult golf course, with lightning fast greens and nearly impossible rough when they get it ready for the big tournaments.

#4 – The Quarry at Giants Ridge, Biwabik 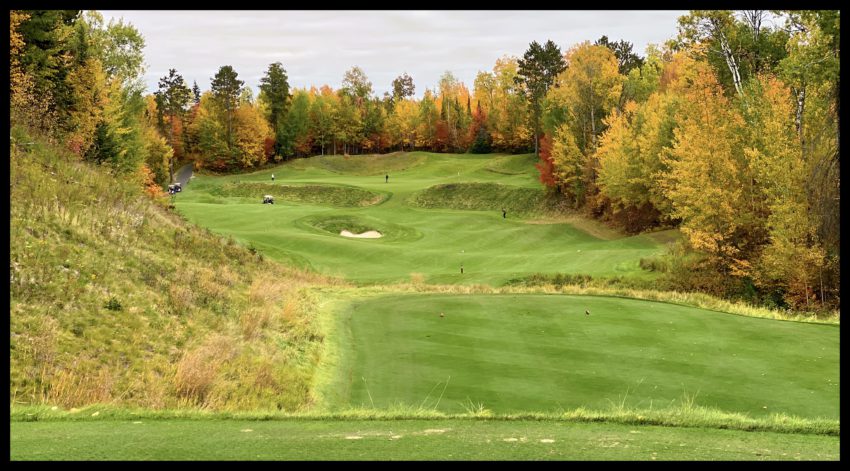 When I worked in northern Minnesota, Giants Ridge was the competition. The original golf course, now called The Legend, was the first resort course to open in the area. It wasn’t walkable and conditioning could be a little hit or miss, but it was a fun course. The Quarry opened next, followed closely by The Wilderness. It instantly became a dog fight between us and The Quarry for the top public course in the state. Initially, I thought it was a bit too much target golf, but it has really grown on me over time. It is quirky, stunningly beautiful, well-conditioned, walkable and a joy to play. The clubhouse is small, but has a solid pro shop and a good kitchen. Wasn’t a fan of the closing hole at either Giants Ridge course, but I now appreciate 18 at The Quarry much more than I used to. Eagled number 10 last time I was there – good times, good times… 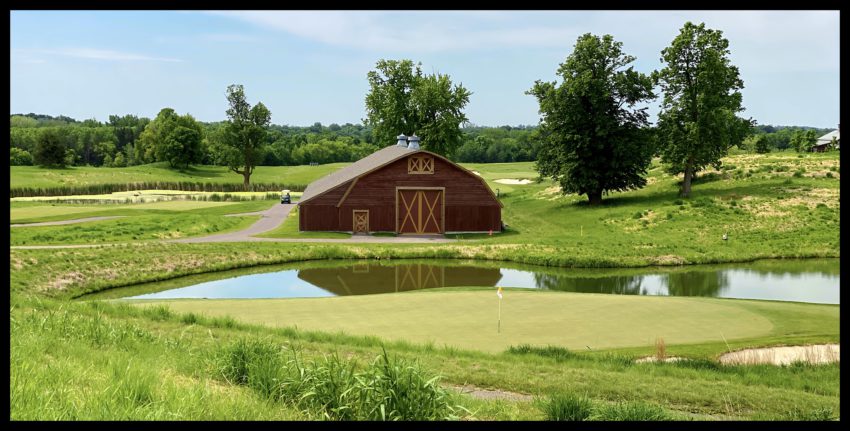 Back when I worked for an airline, I played Pumpkin Ridge in Oregon and learned about architect Bob Cupp. That lead me to Rush Creek in Maple Grove, which was a Bob Cupp/John Fought collaboration. Mr. Fought started working with Tom Lehman, which brought us the gem that is Windsong Farm (and also the splendid Somerby outside of Rochester). I had taken pictures of the Minnesota Junior Girl’s State Championship at Windsong in 2007, but had never played the course until last year. They recently completed a number of improvements and a second round there this year confirmed my opinion that “the Farm” is becoming a big, big deal in the Minnesota golf scene.

#2 – The Wilderness at Fortune Bay, Tower 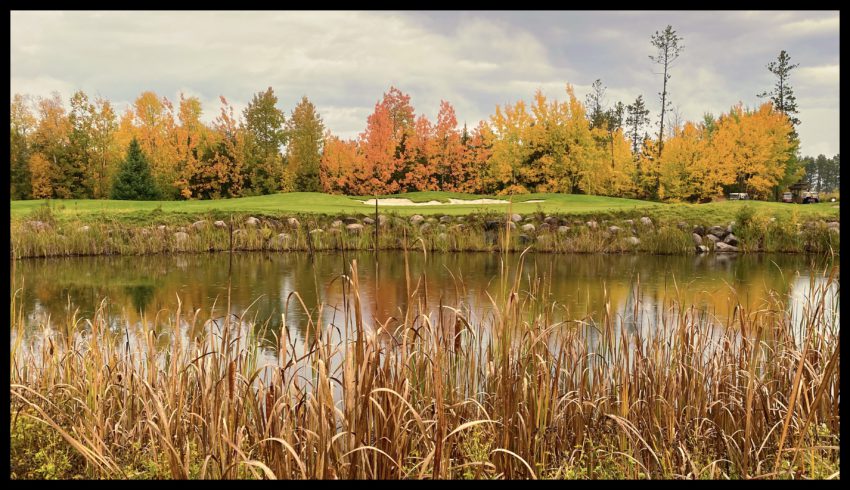 Spoiler alert: I worked for the Bois Forte Band of Chippewa for five years, so I’ve played more golf on The Wilderness than any other course. I will always have a bias for it over Giants Ridge, but Fortune Bay generally has a more playable course than either The Quarry or The Legend. It’s just more fun to me, with fewer chances to lose a million golf balls. The stretch of 12-13-14 are still the only holes I’ve ever birdied back to back to back. I love walking this course, even though everyone to this day thinks I’m crazy for doing that. Stellar set of par threes. The biarritz green on the par four fifth hole is the only one I know of in Minnesota. 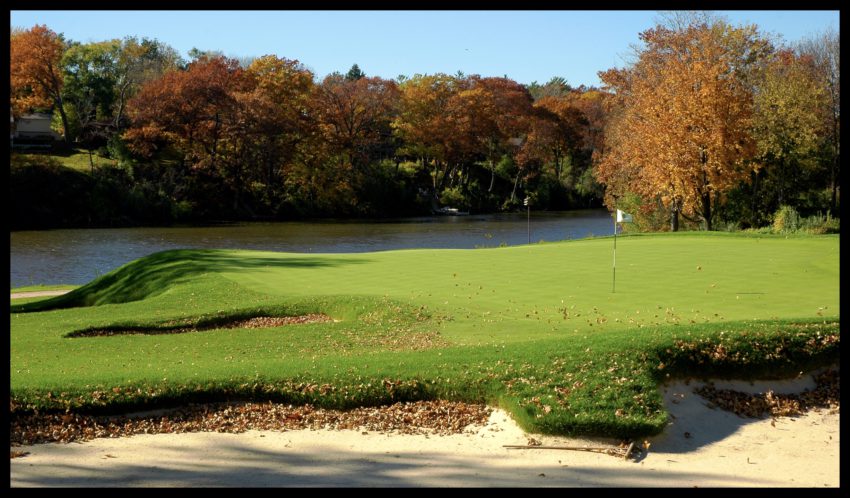 Hard to disagree with Patrick here – Interlachen is the full real deal of Minnesota golf. I love everything about this club: the history with Bobby Jones and the lily pad shot in the 1930 U.S. Open, watching Annika at the 2002 Solheim Cup, photographing the 2008 Women’s U.S. Open, the beautiful English Tudor clubhouse, the tight fairways, the elevated greens. Willie Watson, Donald Ross, Robert Trent Jones, Willie Kidd, Patty Berg, Jock Olson. Always envisioned this as the ultimate Minnesota country club lifestyle: golf with all the other perks thrown in. Only played the course a handful of times (two charity tournaments and one solo round to play and photograph). Only negative is that it’s too short now for the PGA Tour to ever return. Their loss.

So that wraps up my first edition of Top 7 Minnesota Courses. I hope to play the remaining three courses from the Golfweek rankings that I’ve not visited and make this an annual post (or maybe every other year, like a certain golf publication). Would also like to give a big shout-out to Dave Tentis across the border at Troy Burne (another great Tom Lehman course) that we might have to give honorary Minnesota citizenship to at some point. Oh, and be sure to check out the excellent golf course photography that Patrick has posted on his beautiful website.