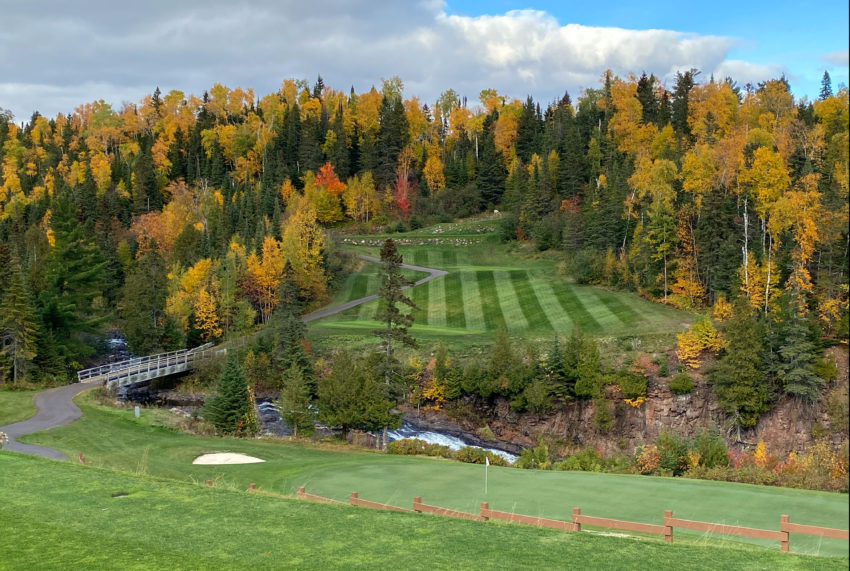 My latest research rabbit hole started when my friend Brad told me the Montgomery National Golf Course website said MNGC was one of architect Joel Goldstrand’s best designs. We’ve played a lot of rounds on Goldstrand courses over the years and I was curious to 1) know what he was up to now and 2) come up with a list of my personal favorite Goldstrand courses. Jim Souhan helped me out with the first part by interviewing him last year before the 3M Open.

Now in his 80s, the Plymouth resident has designed or renovated more than 100 golf courses during his career in several states (the majority in Minnesota). He also had an impressive playing career, winning a Minnesota state high school title in 1957, two NCAA titles at the University of Houston, the Minnesota State Open in 1973 and 1985, a tie for 12th at the U.S. Open at Hazeltine and an appearance at the 1971 Masters (82-77-MC). He was a pro at Minneapolis Golf Club for 16 years and won the Minnesota Section PGA Golf Professional of the Year award in 1979.

I haven’t played all of his courses, but here are my favorites (in rough order):

The Golf Advisor website has a comprehensive list of Goldstrand courses, while RJ Smiley at Tee Times Magazine has a fun story about Minnesota architects (Goldstrand ties with Don Herfort for biggest impact on Minnesota golf history). Explore Minnesota Golf also published a short video interview with Goldstrand back in 2010. I think Joe Bissen should head over to Plymouth with a note pad and tape recorder – a Goldstrand book would be awesome!