Limited Edition 2021 Get in Gear 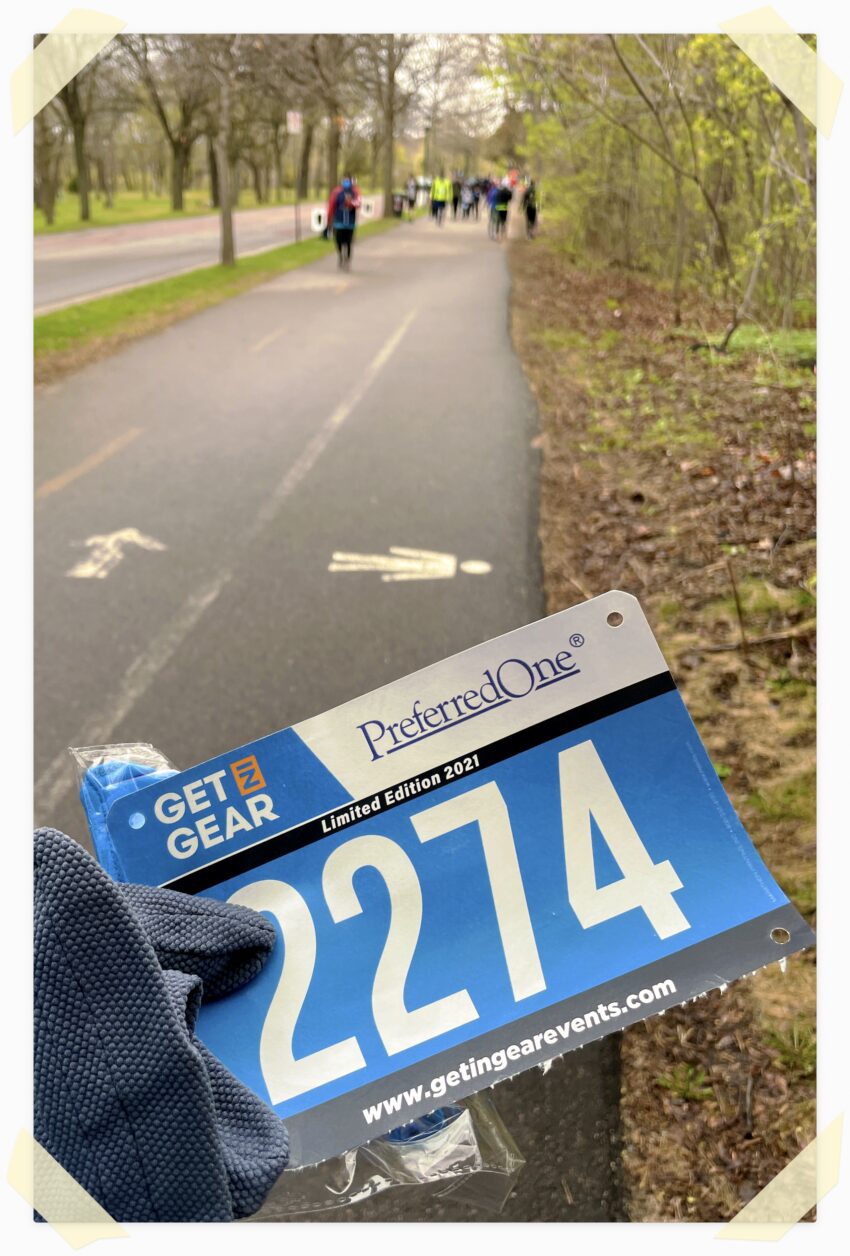 Better late than never – here is my very brief race report from the 2021 Get in Gear 10K. It was great to be back to running in-person again, even if it wasn’t completely normal. This was my 21st Get in Gear (and 20th in a row, if you count last year’s virtual race). It’s still my favorite 10K and I hope to continue running it every spring as long as I’m mobile.

The 2021 edition was shortened to 5.5 miles, as the start and finish were located in the parking lot near the entrance to the lock and dam on West River Parkway. The sign-in and T-shirt tables were located under the Ford Parkway bridge, which were only available on race day (none of the usual spots in Minnehaha Park were used this year). The streets were not closed, so the entire route was on the pathways. We even had to use the stairs on the St. Paul side of the Lake Street bridge.

The field was limited to 250 people, with two waves starting at 8:30am and 9:30am. Pods of ten runners were spaced two minutes apart – I started in pod one of wave two and had a nice bike escort for the first few miles. I don’t know why they let me set the pace in my pod for the first mile, but it was a cool feeling to be in the “lead” briefly. Finished with a 58:32 chip time (10:39 Minute Miles), good for 187th out of 240 and 12th in my age group. First time with peanut butter at a race finish – thanks, Old Home!