Meet me in the middle of the night, let me hear you say everything’s alright. Sneak on out beneath the stars and run… 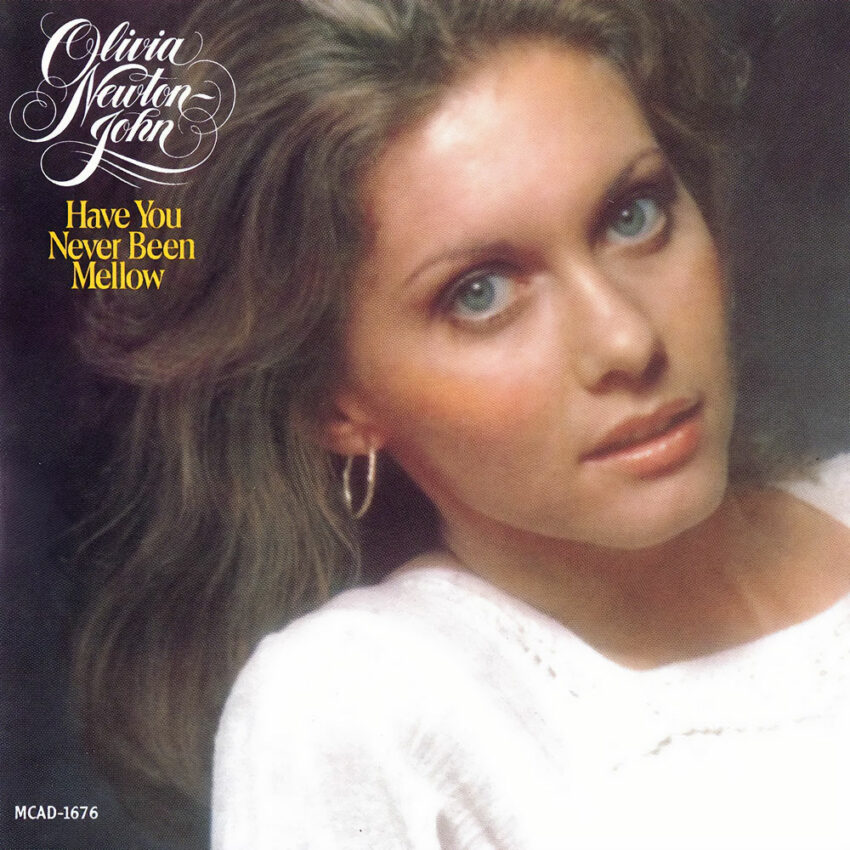 Ten years ago at the Guthrie ❤️

Shot on iPhone by Spielberg 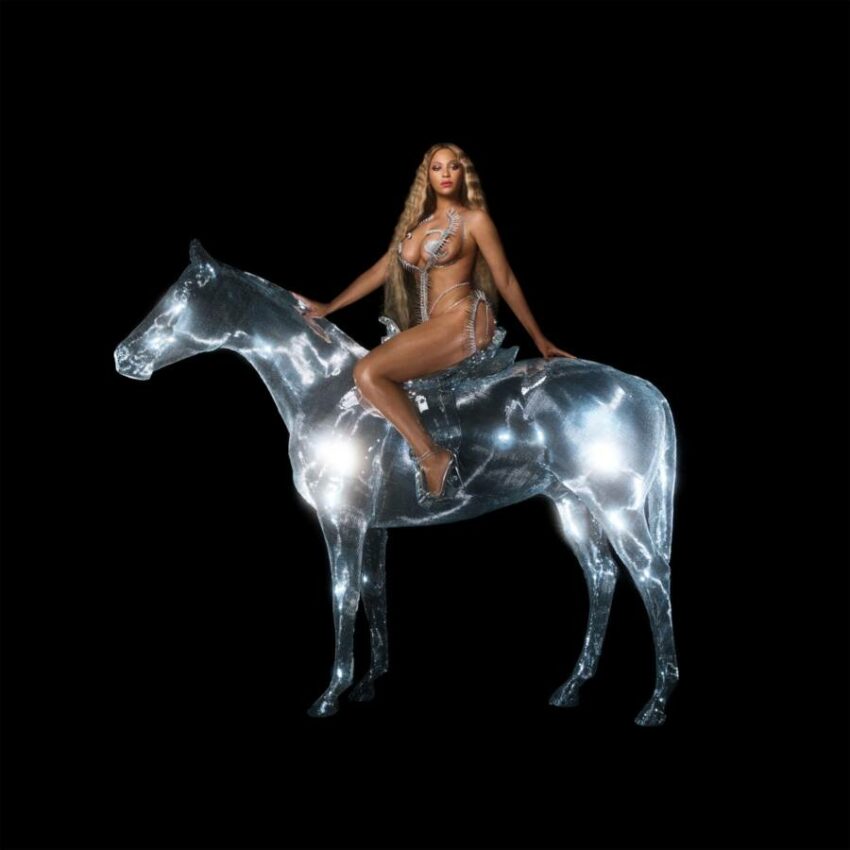 …to those who celebrate (but mostly to CMK)

Long before I met you darlin. Lord, I thought I had it all. I could have my lunch in London. And my dinner in St. Paul…

Some days are diamonds, some days are rocks. Some doors are open, some roads are blocked…

Never was the kind to do as I was told. Gonna ride like the wind before I get old… 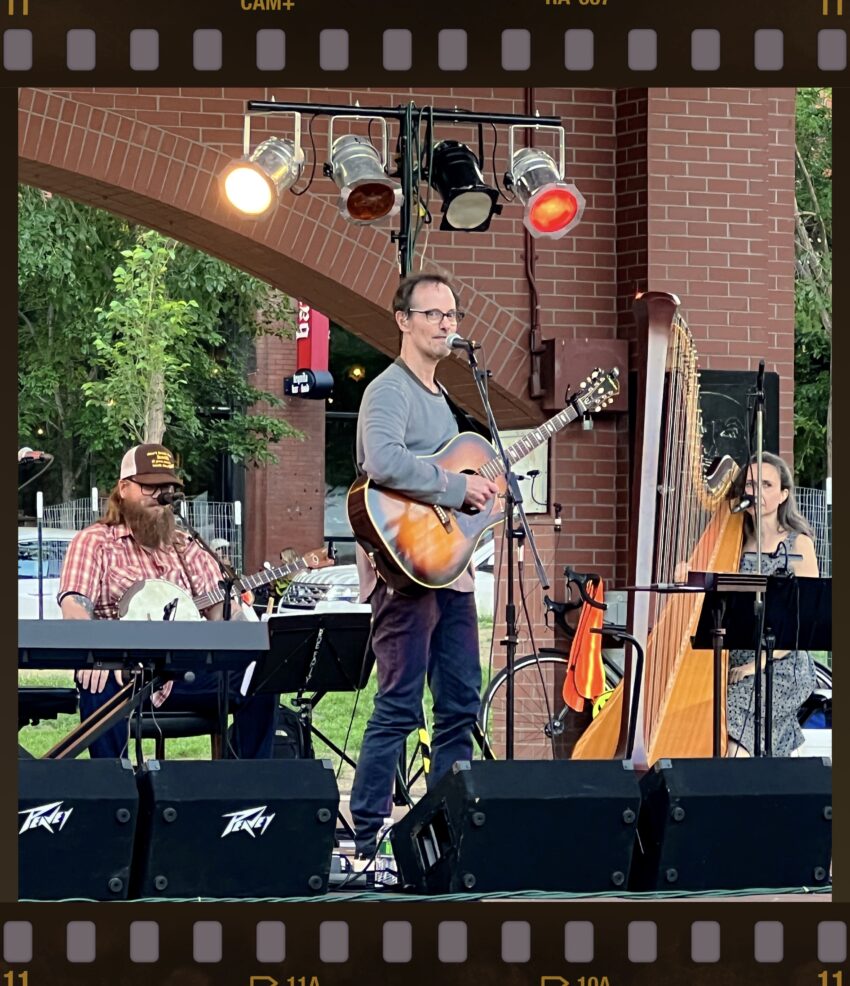 Well you went uptown riding in your limousine, with your fine Park Avenue clothes… 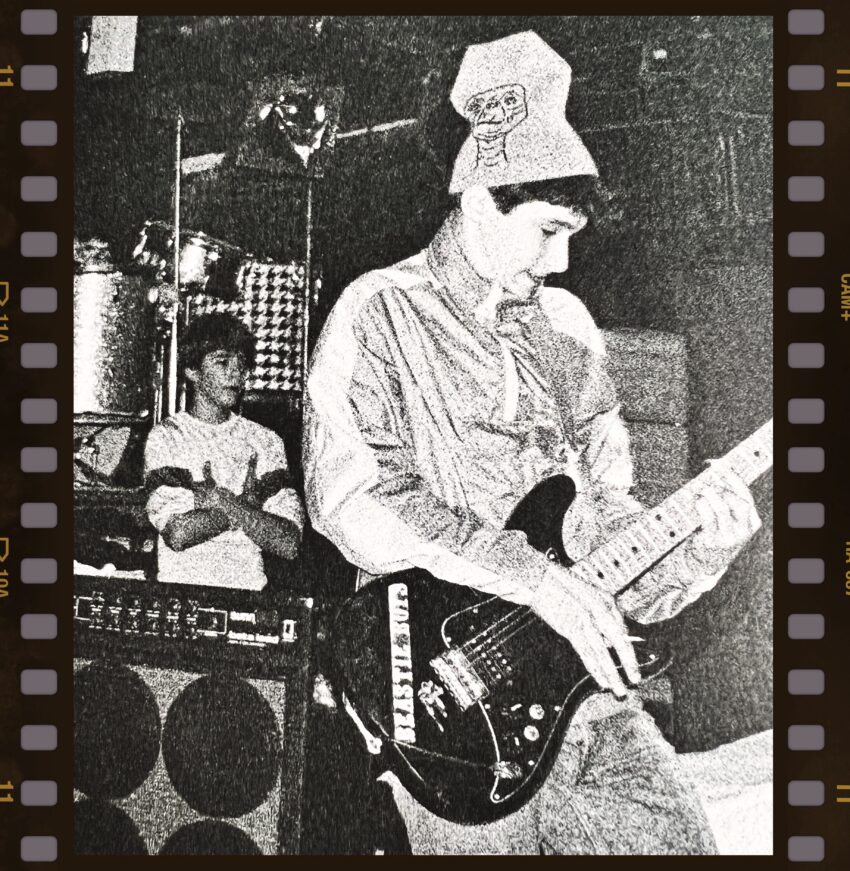 Beastie Boys Book – ordered my own copy for the home library

Another One Bites the Dust

Are you happy, are you satisfied? How long can you stand the heat?

I think my dad gone crazy…

The girl is crafty – she knows all the moves. I started playing records – she knew all the grooves…

Now, don’t you call me key lime. You are the apple of my eye. Don’t you know I’ll be fine, whenever you’re by my side…

Can’t go wrong with these guys

The blues they send to meet me, won’t defeat me. It won’t be long ’till happiness steps up to greet me…

I’m a sucker for your face 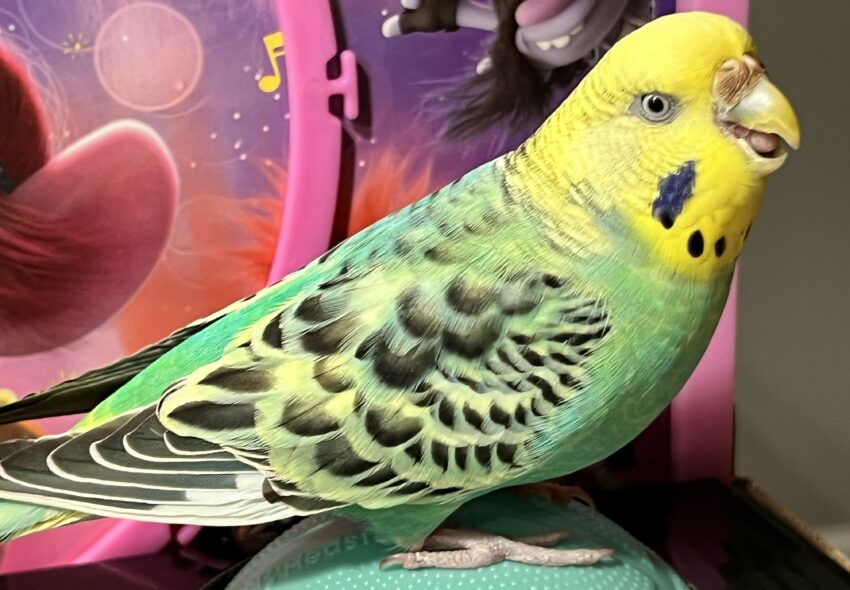 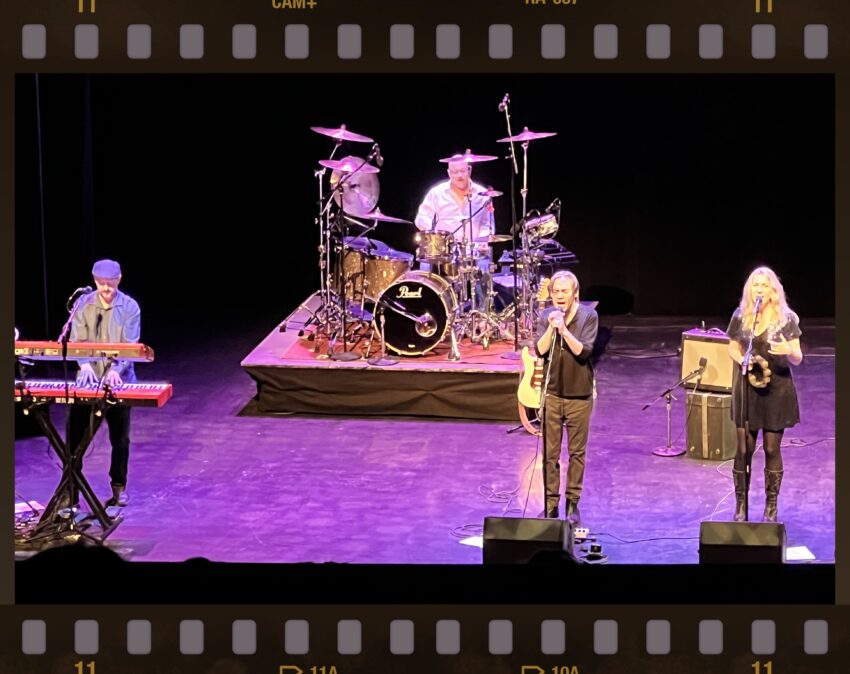 Thanks for the tickets, JF!

Dinner @ the Cloverleaf in Newport

Fire Coming Out Of A Monkey’s Head

To live in harmony with the spirit of the mountain called Monkey was enough. Then one day Strangefolk arrived in the town…

A dragon lives forever, but not so little boys. Painted wings and giant’s rings make way for other toys…

Buying bread from a man in Brussels. He was six foot four and full of muscle…

Overcast days never turned me on, but something about the clouds and her mixed…

The King of Country 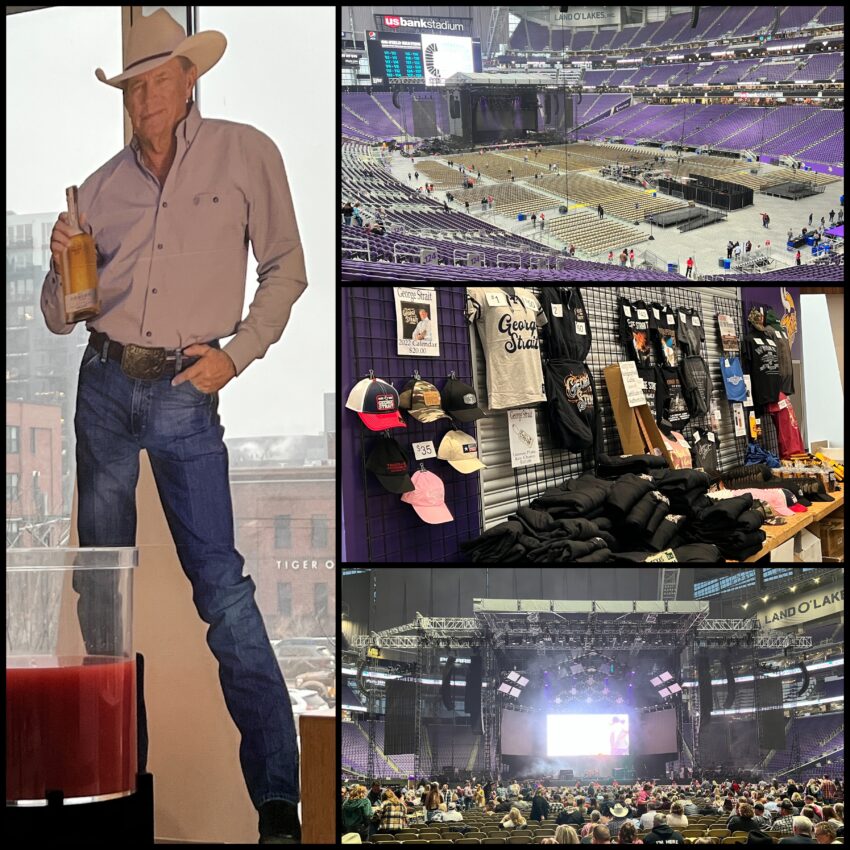 Down Where The Drunkards Roll

A Girl, a Boy, and a Graveyard

Life’s a game we’re meant to lose, but stick by me and I will stick by you… 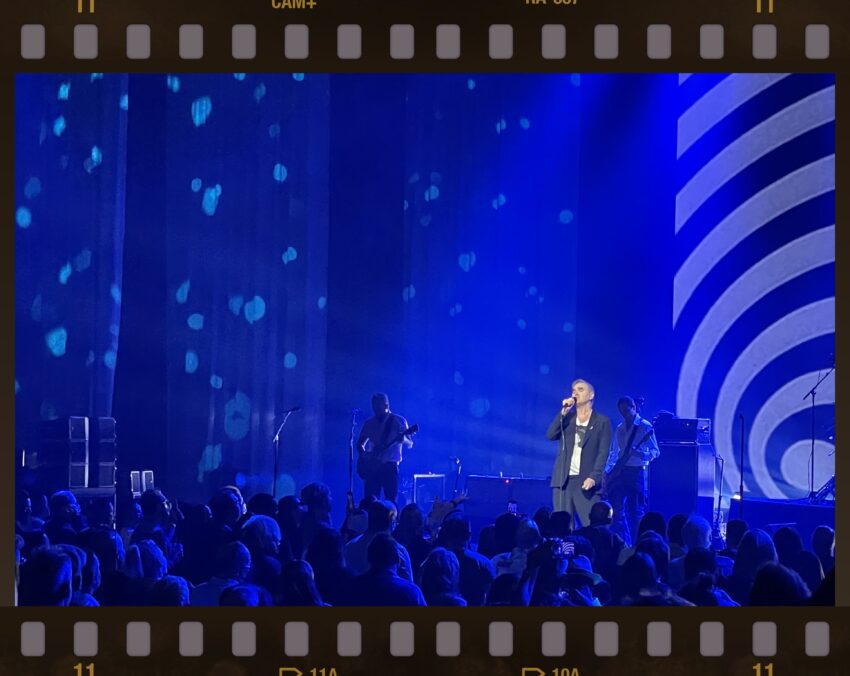 As I get ready to go back into concert mode tonight for the Rollings Stones, I realized I never posted my pictures from the Morrissey show last month at The Colosseum at Caesars Palace. This was a last minute impulse trip (booked the Wednesday before) and we were really glad we did it. This short five night residency had been postponed during the pandemic and we caught the last show of the rescheduled run.

First time for both of us in the venue built for Céline and we were very impressed – great sight lines and amazing acoustics. We were about 15 rows back on the main floor and loved the production. Second time seeing him live (and we will never forget the run-in at the Las Vegas airport Cinnabon after his House of Blues show too).

Not sure if I wrote much about the rest of the trip, but for posterity sake, we stayed at the Mirage, I golfed with Herm on the Paiute Sun Mountain course, Colleen saw RuPaul’s Drag Race LIVE! at the Flamingo Hilton and we had a lovely dinner at Chef Keller’s Bouchon in the Venetian. Setlist and photos can be found after the jump.

When I have nothing to say, my lips are sealed. Say something once, why say it again?

The engines have stopped now. We all know we are going down. Last call for alcohol. Sure wish I could have another round…

Gonna pay for this at 4AM 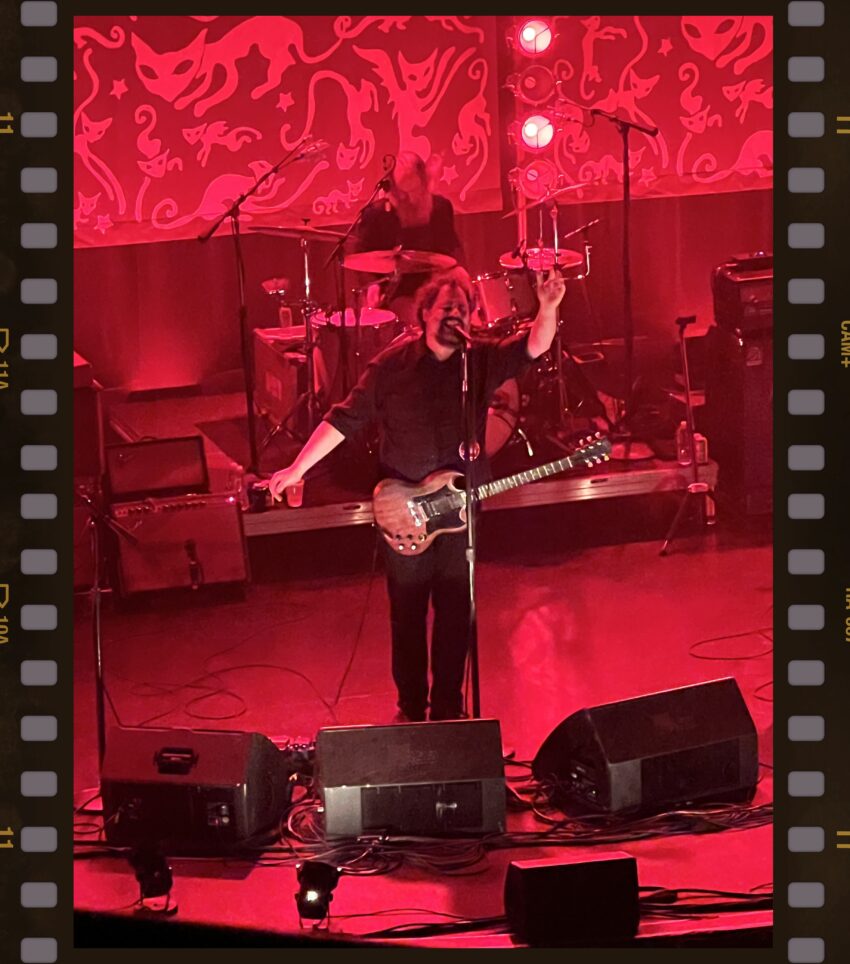 You know a wise man once said nothin’ at all..

The question that most people seem to be asking is ‘What will Morris do now?’

Doobie Brothers at the Grandstand 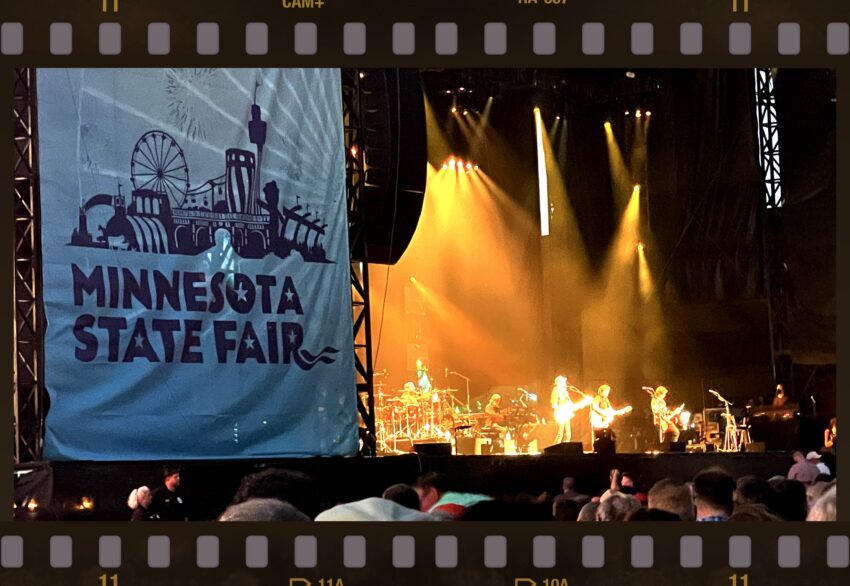 Before I forget all the details, here is a short post about the Doobie Brothers show at the Minnesota State Fair. Our original tickets were for the 2020 version of the fair that never happened, so we just held on to them. This is the second time I’ve been suckered into buying seats on the “floor” that are really much worse than being farther back in the actual grandstand structure (the other was Stevie Nicks). Fool me once…won’t get fooled again.

Of course everyone was excited to have Michael McDonald rejoin the band after a 26 year absence, so it was heartbreaking to get the notice a few hours before the show that he would not be performing. When they said openers Dirty Dozen Brass Band were also scratched, I figured it had to be a serious health issue and hoped everyone was OK. Ross Raihala at the Pioneer Press and I exchanged some private messages and he initially thought it was 50/50 health and 50/50 band fight (spoiler: it was COVID).

The show started promptly at 7:30pm and overall we were entertained. You can find the Ross review here, while the Star Tribune sent Jon Bream. Colleen and I loved that Bream caught both the Prince tribute by saxophonist Marc Russo and the ZZ Top moment by Johnston, Simmons and McFee. Reported attendance was 11,461 and here is the setlist from setlist.fm (which is also after the jump, along with a handful of very bad photos). 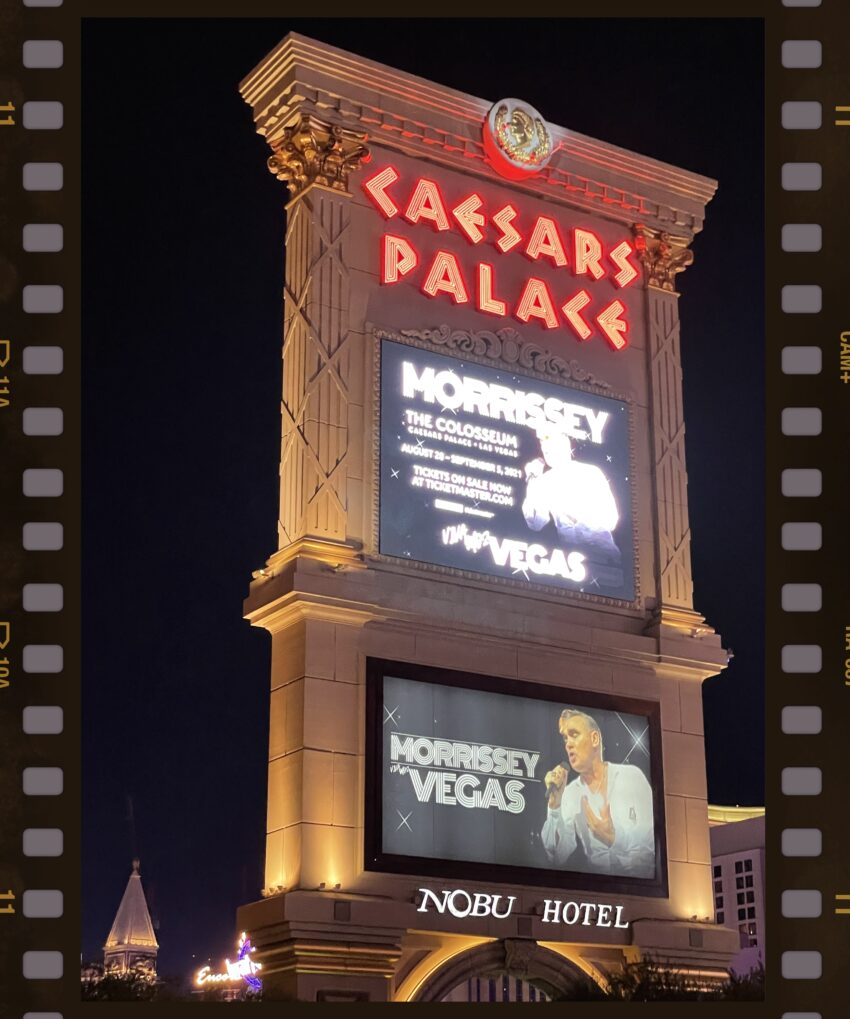 In every city, in every nation. From Lake Geneva to the Finland station… 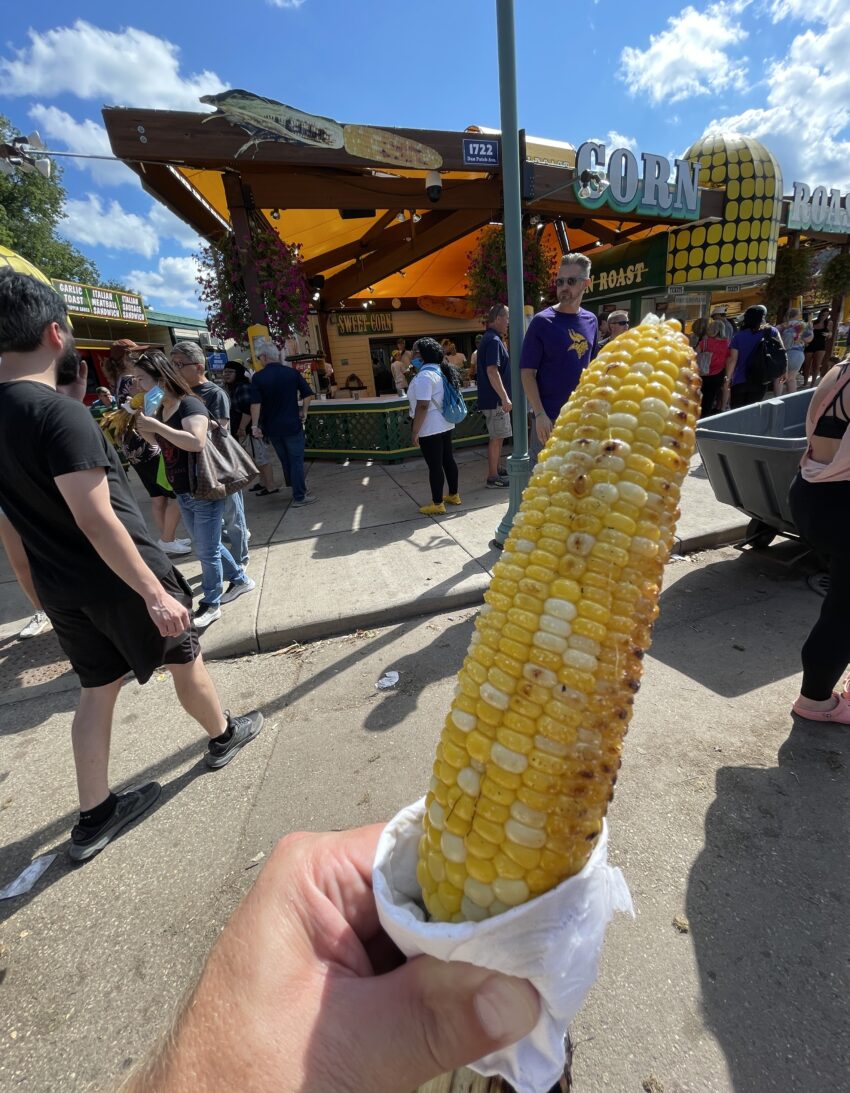 As good as ever 🌽 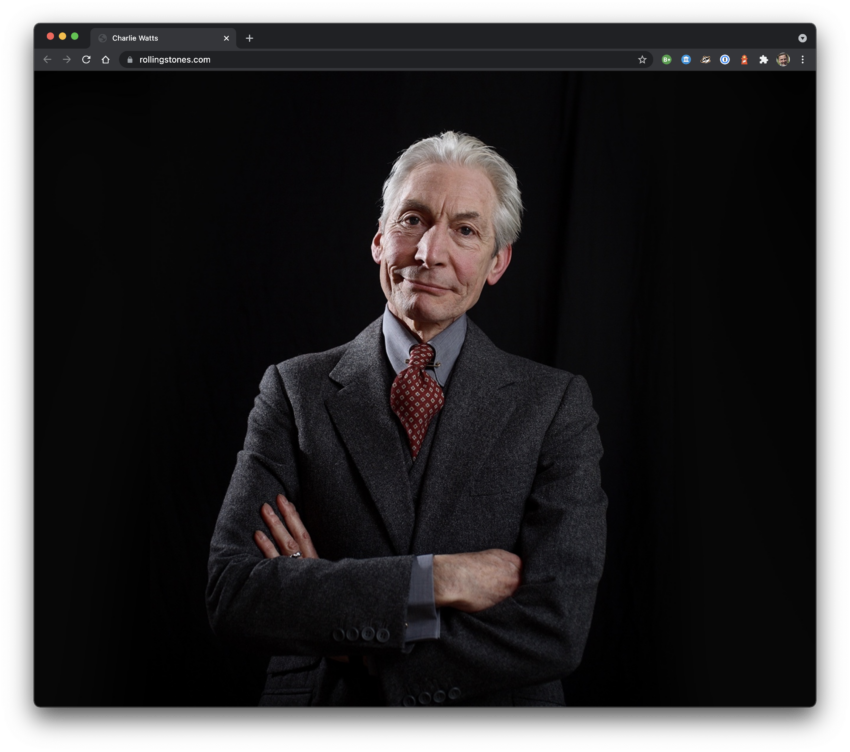 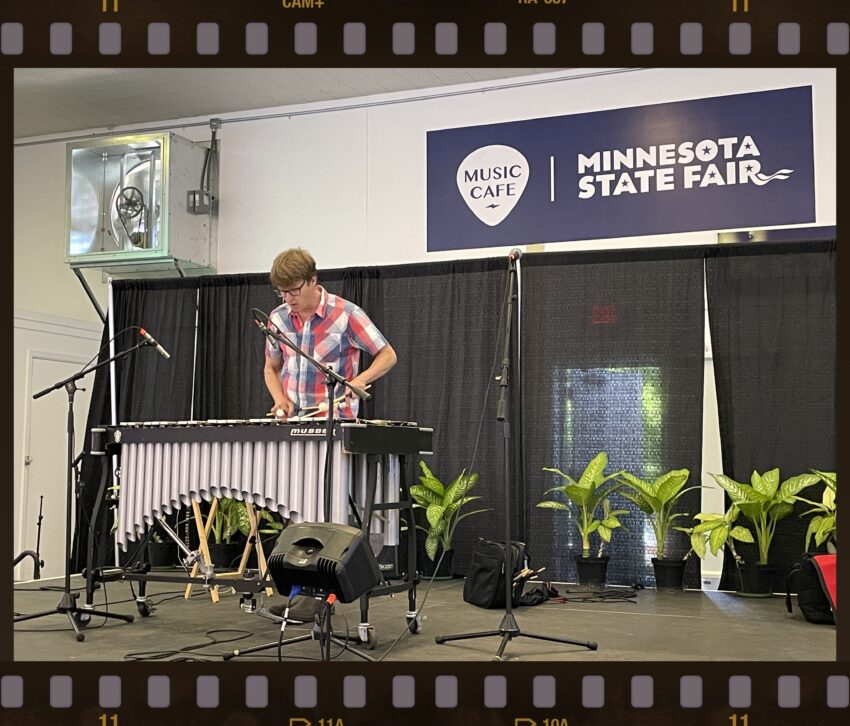 Live at the 2021 Minnesota State Fair

I asked you to go to the Green Day concert. You said you never heard of them. How cool is that?

See the other Billie Joe(l) ✅ 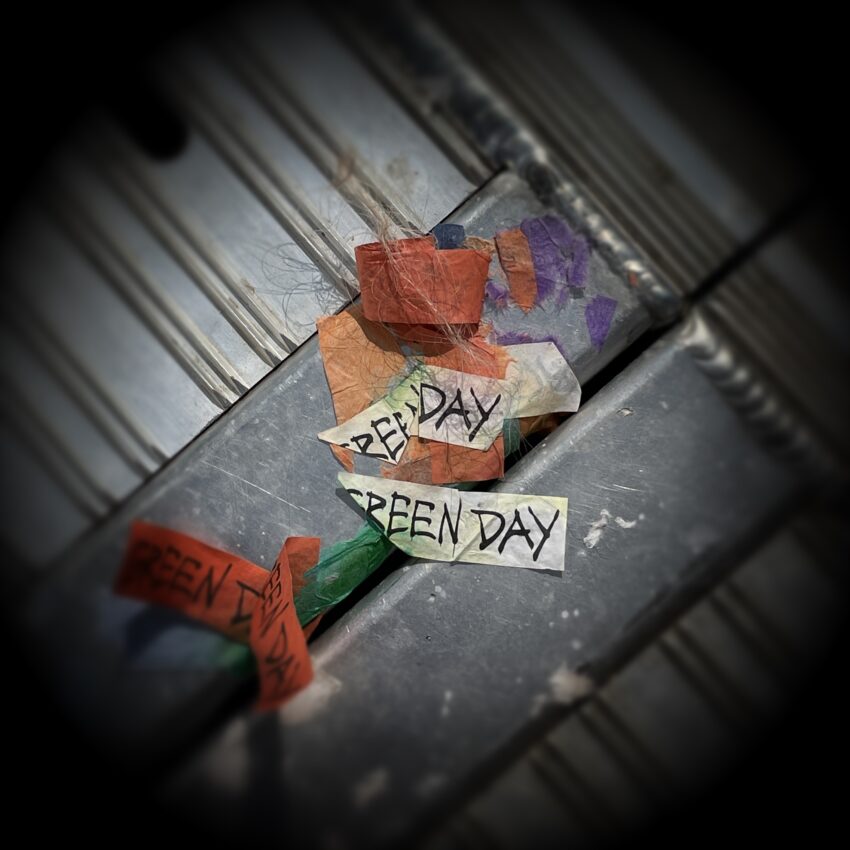 And both at Target Field, no less

Pulling out the papers from drawers that slide smooth. Tugging at the darkness, word upon word…

I’ve got a headache that just won’t go away. It’s a wonder that I’m not dead…

In Your Bitch Life, Grupo Firme 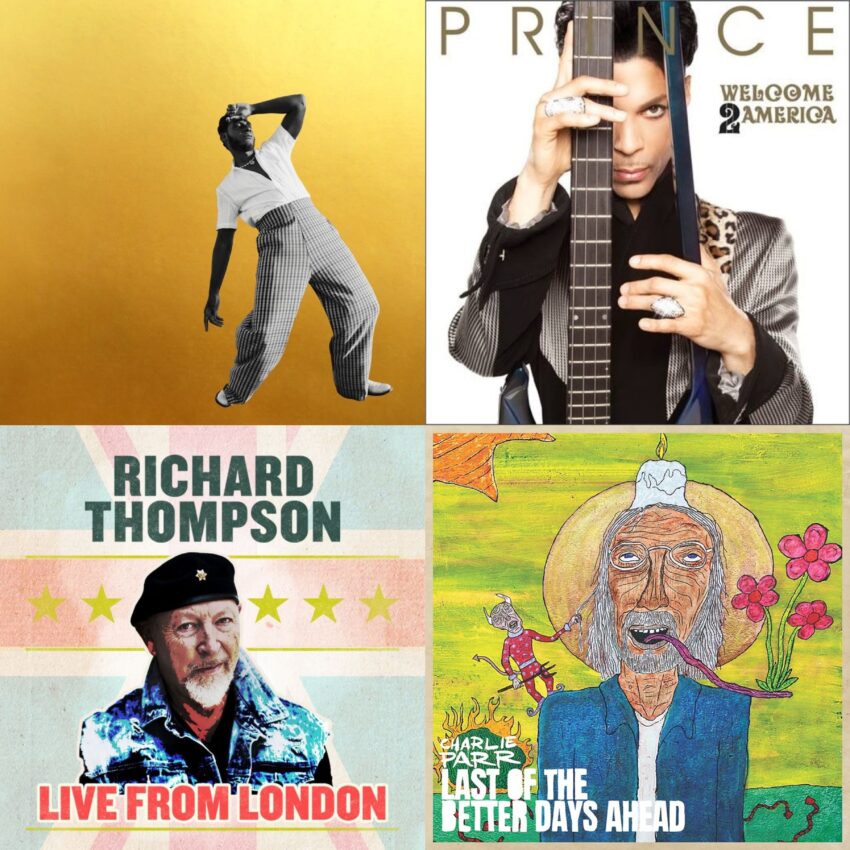 Still trying to figure how best to use Apple Music, but this was nice

I don’t really want to stop the show, but I thought you might like to know. That the singer’s going to sing a song, and he wants you all to sing along…

And you run and you run to catch up with the sun but it’s sinking. Racing around to come up behind you again…

There’s a place I like to hide. A doorway that I run through in the night…

The Death Of Jerry Damron

On the head end of his train, thinking not of unseen dangers, frosty nights or drenchin’ rain…

So I just did me some talking to the sun. And I said I didn’t like the way he got things done, he’s sleeping on the job…

Maybe all I need is a Shot In The Arm…

Drivin’ Down to Georgia

I could watch this all day