What I Really Want – iPod Pro 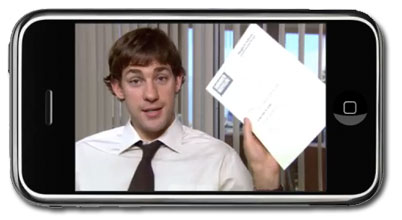 Now that the freshness of the iPhone announcement has settled down, I’ve decided that it’s not really what I want. The more that comes out about it, the less I like it. No third party apps because they don’t want a rogue app to take down Cingular’s west coast network? Are you kidding? And the more I read about the differences between the various wireless data networks, the less comfortable I am with the choice of EDGE. But perhaps the thing that makes me dread it most is the total cost of ownership–a high upfront cost and what appears will be an expensive voice/data package that will last 24 months. It still looks beautiful and fun to use, but I’m not sure the value is there.

What would I pay $500 for? A wide-screen video “iPod Pro” with all of the features of the iPhone, minus the networking. Give it a 120GB hard drive and I’m all over it. Music, movies, TV shows, iCal, Address Book, iPhoto all synced via a dock and iTunes is exactly what I’ve wanted for two years now. At first I thought I’d also want the wi-fi, but everywhere I’d use that, I’d rather have my PowerBook. I barely want to carry a cell phone, let alone something like a Treo or Blackberry for email and web browsing. I may be old fashioned, but nothing holds a stick to a real keyboard and a 17-inch screen for those types of apps for me. Maybe the iPhone changes this, maybe not.

Since he returned to Apple, Steve Jobs has been a hard person to bet against. I still remember all of the naysayers when the original iPod was announced and a lot of those criticisms either didn’t hold or Apple changed up the product in future revisions. I’m sure the same will happen with the iPhone and I have to believe that most of the features mentioned above will also find their way to the iPod sooner or later.