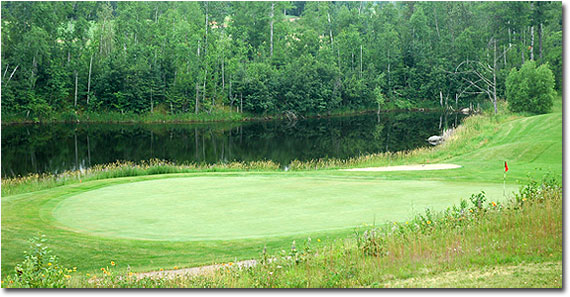 The second course of our Grand Rapids golf trip was Eagle Ridge Golf Course in Coleraine. Garrett Gill of River Falls designed this course, which opened for play in 1996. We played the 6,254-yard white tees, which have a rating of 69.7 and a slope of 128.

This course had many dramatic holes with elevation changes, wetland areas, red-tinted sand in the bunkers and scenic views of Trout Lake. The course conditioning was good and the greens rolled faster than at Sugarbrooke.

The weekday evening special rate of $29 including cart was one of the best deals we’ve had all year. We had no problem finishing the round before dark, even though the pace of play slowed down a little at the end.