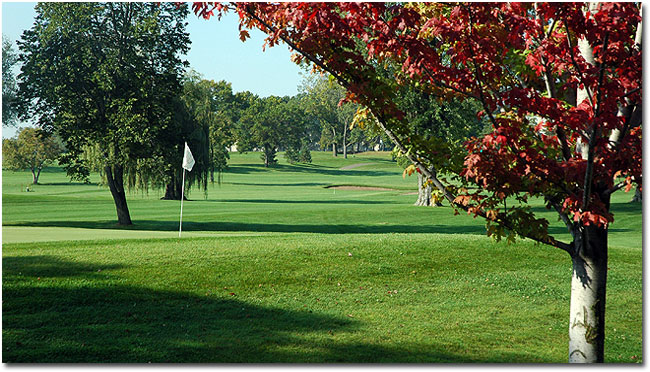 Golf is such a fickle game – after struggling to break 100 a few weeks ago, I visit Highland National in St. Paul last week and shoot a lifetime best score for 18 holes.

Granted, the 6,204-yard white tees, with their 70.3 rating and 128 slope, isn’t quite the same as playing from the tips at Hazeltine. The new design does have a fair amount of water, though, and you still need to hit the shots.

My favorite hole this time was the 405 yard, par four seventh hole. I pushed a drive to the left, with a large tree blocking my approach shot to the green. I hit a nice iron shot, but it clipped the top of the tree and dropped straight down. Still about 100 yards out with some branches in the way, I hit a low 7-iron shot that landed short of the green, then rolled up and in the cup for a birdie three.

The weather was perfect, with fog rising from the ponds during our early morning start. It looked like the greens had a deep tine process done recently, which didn’t effect putting nearly as much as normal aeration with top-dressing. The grounds crew was applying a lot of chemicals on each green in front us all morning, though.

The clubhouse had a power outage the previous night, so we weren’t able to pay until after the round. The weekday walking rate is $30 now, which we decided is just about right.