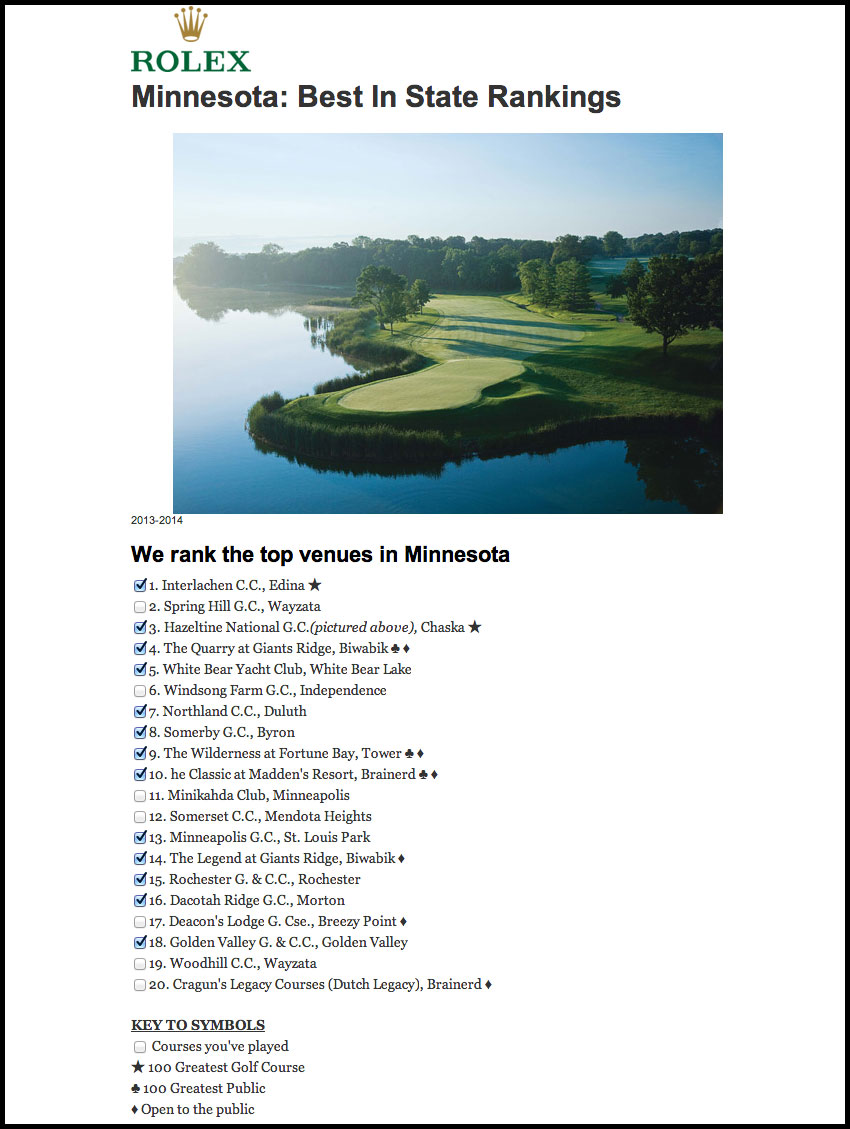 I was updating our golf page today with 2013 ranking information and came across this page again from Golf Digest (see above). Out of the 20 courses listed, I realized there are still seven I haven’t played yet (five private and two resort). So goal number one is to see how many of those seven I can knock off in 2013.

As for other goals, I really have nothing set in stone right now. My index is currently at 12.7 and probably won’t get much lower this season (which is fine). I’d like to play Tartan Park for the first time and if I do make it to the Brainerd area for #17 and #20, it would be nice to finally play The Pines and Golden Eagle.

Equipment wise, I’d say it’s time to re-grip everything. It would be great to replace my woods this year too, but money will probably nix that idea. I’m playing in a tournament this month in Arizona, though, so maybe I can win something new…