A Return to Meritage 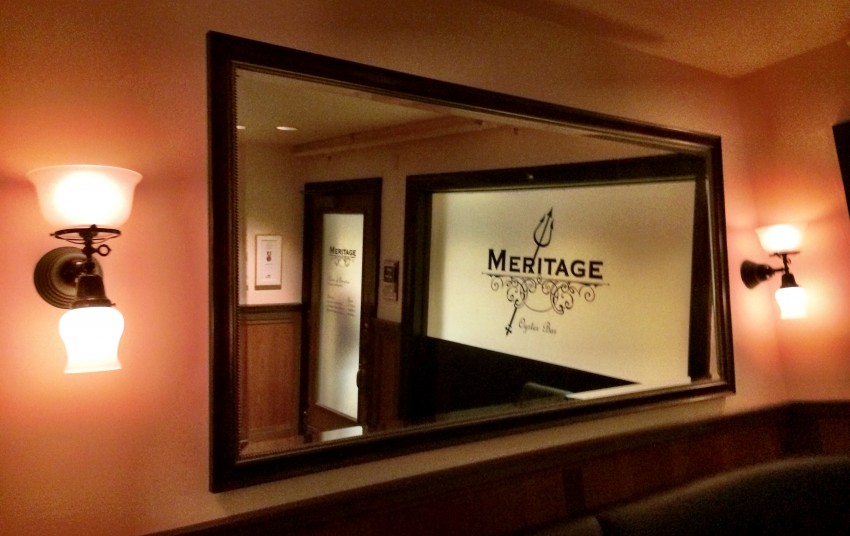 I can’t believe it’s been three years since our last visit to Meritage in downtown St. Paul, but there you have it. Mpls.St.Paul Magazine’s Restaurant Week promotion was the catalyst to get us back again and I’m so glad we did – I think Chef Russell Klein and his wife Desta Maree Klein may have overtaken Ristorante Luci as my favorite St. Paul restaurant.

Started in 2007, Restaurant Week provides the opportunity to sample some of the best food in the metro at a reduced cost (dinners top out at $30 per person, not counting drinks, tip or tax). The website had posted menus for several of the restaurants, but not all of them turned out to be accurate. This was a bummer for me, as I really wanted to try the marinated leek salad with mimosa vinaigrette, walnuts and blue cheese that was listed for Meritage. I switched to the smoked salmon mousse with frisee, lemon and capers, dill and rye crisp, though, and was a very happy camper (although one of the servers tried to bring me something else first).

Colleen picked the cream of mushroom soup for her first course and the Atlantic skate grenobeloise with seasonal vegetables and roasted potatoes for her entrée (along with a champaign cocktail with St. Germaine liquor). My main dish might be my favorite thing of the past year: classic beef bourguignon with pappardelle and grand mere garnish. It was a serious Remy Ratatouille moment – the flavor of the sauce, the tenderness of the beef, the hand-made ribbon noodles, carrots, mushrooms and bits of pork combined for a taste sensation. Superb!

Our desserts consisted of panna cotta for Colleen and a chocolate torte with pear caramel for me. Now sold on the concept of wine pairings, I ordered a three-course wine flight, which had a different three ounce pour of a pre-selected wine for each course. Late to the game, but I’ll become a oenophile yet.

We close out Restaurant Week tonight with a first-time visit to Chef Landon Schoenefeld’s place in Minneapolis, HauteDish.