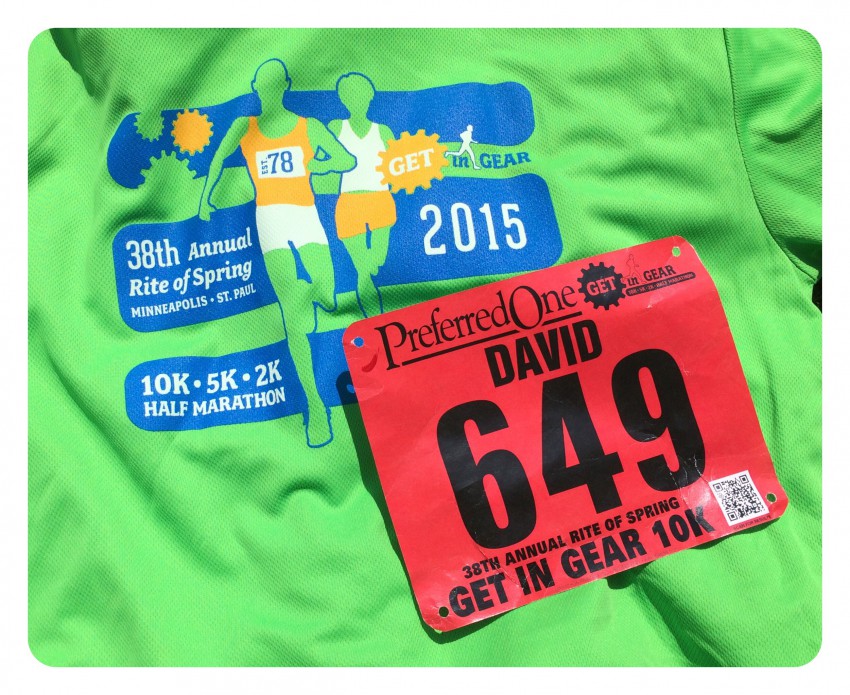 The best story from this race, though, had to be 8-year-old Faith Quinn from Winona. She was announced before the start as the 7-year-old course record holder from last year, back to race again. I saw her in front of me at the start and she looked all of about four feet tall and fifty pounds soaking wet. I passed her in the first quarter mile or so, but she caught up not much later and I never saw her again. Not sure if she set the 8-year-old course record, but she beat me by four minutes and ran a 7:47 pace. Nicely done, Faith.

The weather the night before was rainy, but that system moved out by race time and the weather overall was very nice for running: light wind, mid-40s, dry and a little sun mixed in during the race. I also saw Shannon out running the boulevard in the opposite direction, cheering people on as she got her own training run in for the day. All the other race logistics were mostly unchanged from prior years – easy packet pick-up on Friday and nice post-race refreshments afterwards (although Pearson apparently didn’t send any salted nut rolls this year).