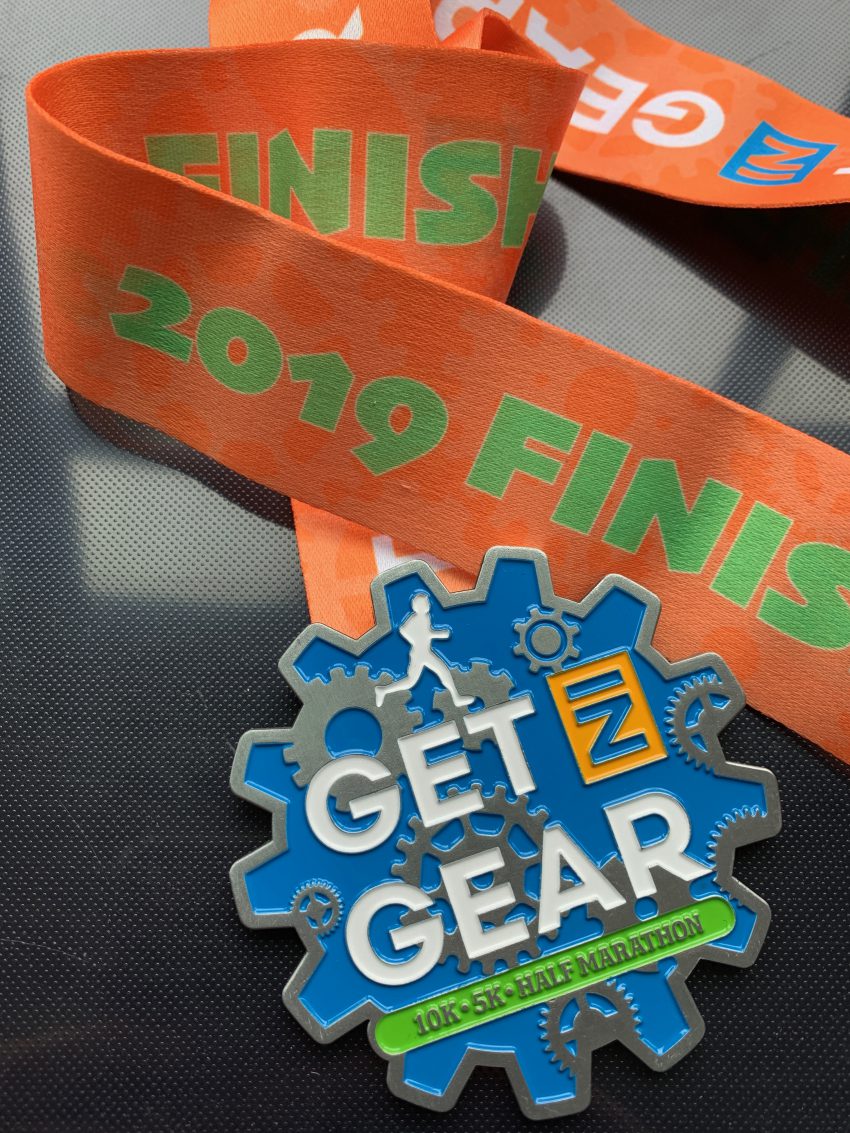 The 2019 Get in Gear 10K was to be my first race since the TC 10 Mile (and all the fun stuff that happened after that). It was the only thing I had registered for all year and race organizers had reached out to all runners who had done the race for more than ten years in a row (I had a 17-year streak going and had run it one other time too). Unfortunately, my rock star neurosurgeon had other plans and scheduled me for a third angioplasty two days before the race (more on that coming soon in another post).

Regardless of my surgical state, I decided to visit Minnehaha Park on Friday during my lunch break to pick up my number and shirt (I paid for it, right?). I felt pretty good on Saturday morning, so I decided to give it a go (nobody said anything about no walking). The changes to the 5K and half marathon races made for an interesting morning. The half marathoners start at the same time as the 10K runners and their course now goes north to Gold Medal Park in downtown Minneapolis before looping back to reconnect with the 10K finish. The 5K runners started 20 minutes after everyone else, then turned around near Minnehaha Academy. So most of my walk was fairly peaceful and laid back, but it was fun to have the rush of the 5K runners passing me towards the beginning and the half marathoners dashing by at the end.

It was somewhat humbling to be last in my age group for the first time, but as my wife pointed out, it’s likely I was the only one in that group with a brain injury in the last six months. To be honest, I was quite pleased to be under two hours walking (my official chip time of 1:34:47 was good for a 15:16 Minute Mile). Looking back at all my Get in Gear races, my 10K PR would still have only placed 16th in 2019, so major props to the old guys that can run at a sub-six pace.

Registration for the 2020 Get in Gear opens tomorrow and the annual bike challenge starts on Wednesday. Let summer begin!