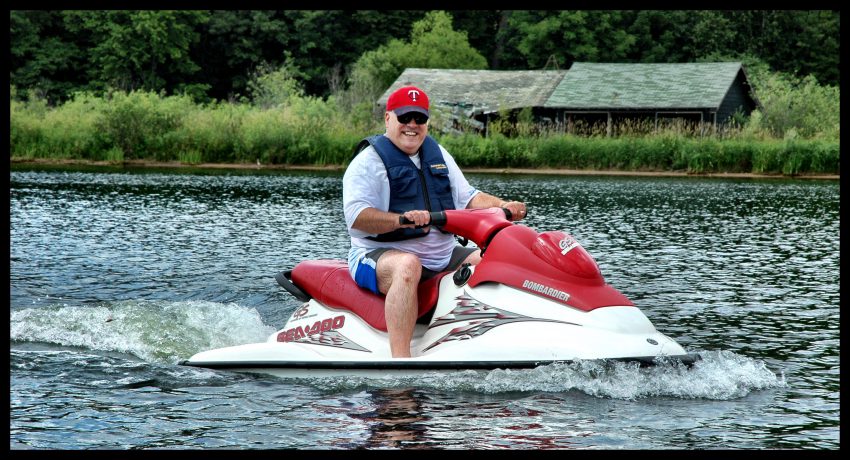 It seems like I’ve written way too many “RIP” posts recently and unfortunately that now includes my father Mike, who died on Monday at Saint Joseph’s Hospital in downtown Saint Paul. With Colleen’s mom Jean passing at the end of 2019, we are now officially out of parents/grandparents, which is a really, really tough thing to process.

Dad’s medical journey started back in October when he was diagnosed with thyroid cancer. He had surgery at Saint John’s Hospital in Maplewood to have his thyroid glands removed. That procedure went fine and the first few times I visited him out there, he was sitting in the chair next to his bed with his iPad playing video poker and could walk around the room. The surgery was close to his vocal cords, though, so he talked in a whisper-voice. Things seemed to be progressing nicely and he was transferred to Bethesda Hospital in Saint Paul, which is now an intermediate care facility in the Fairview system.

After only a few days at Bethesda, I got the first of many calls that said they needed to transfer him to the ICU at Saint Joe’s to deal with more serious complications that they couldn’t handle at Bethesda. These included a chyle leak, heart and breathing issues and the eventual installation of a tracheostomy tube, connection to a ventilator and installation of a pacemaker. Unfortunately, his condition continued to weaken even after these steps were taken, leaving him bedridden and unable to talk. My brother and sister traveled back to Saint Paul last weekend upon the recommendation of the palliative care team at St. Joe’s and we all got to say our goodbyes before he passed away peacefully just before 1 p.m. on Monday afternoon.

Like my mom, my dad loved being a grandparent to our daughters. As I’ve gone back looking for the photos posted below, I remember that he really liked combining his interests with Sasha and Marisa, whether it was a Twins game, a visit to a Disney park or the annual trip to Grand Marais and the North Shore. He loved playing video poker on his iPad (with fake money) and at many of the Minnesota tribal casinos with me and other family members (for real money). He visited me during my time at Fortune Bay, we made many round trip drives from Grand Marais to Grand Portage, used our free spin coupons at Treasure Island, stopped in at Grand Casino Hinckley on the way to Duluth to play the nickel poker machines and occasionally I would even get him to step out at the ritzy Mystic Lake.

The Twins were a huge deal for my dad. I’m super proud of him for going on the team trip to Seattle last year solo. He had partial season tickets for many years and we all liked to attend games with him (or stop by and visit if we had our own tickets). He’d participate in Twins Fest every year, would go to spring training games in Florida with Brian and Patti and had a great time at the bigger events like the All Star Game and last year’s playoff game (stupid Yankees). His man cave is full of Twins bobbleheads and signed baseballs and it will be bittersweet if they have a great season this year – although he did get to experience both 1987 and 1991. I still have the foul ball I got on 9-5-79 at Met Stadium sitting on my desk that he went and had signed after the game by the Twins hitter (Jesus Vega: Twins 8, Royals 3). If I remember right, the KC pitcher was the Mad Hungarian himself, Al Hrabosky.

Thank you to everyone at Mueller-Bies Funeral Home, Gloria Dei Lutheran Church and Acacia Park Cemetery for your help in arranging the events scheduled for next week (please see the obituary below for details). Thanks also to everyone who has expressed their condolences and reached out to our family in this time of grief.

Obituary from Mueller-Bies and photo gallery after the jump.

Published in the Pioneer Press on February 16, 2020 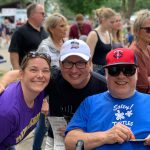