Games of Days Past – Intellivoice 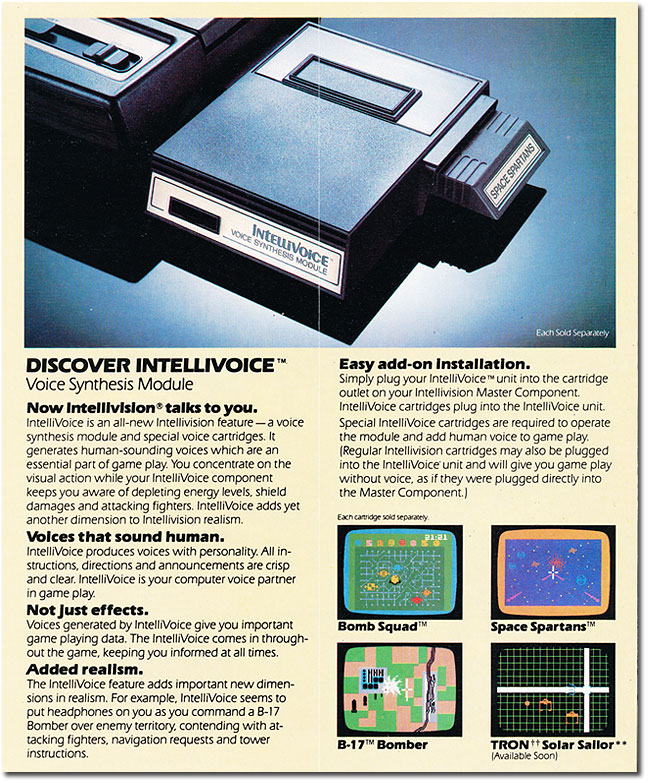 I remember how totally cool I thought this was when I first got it – “B-17 Bommmmmber!” That particular game was even cooler for me, as my grandfather actually was a B-17 bomber pilot in World War II.

Space Spartans and Bomb Squad were pretty lame and I don’t remember if that Tron game ever actually got released. I wonder if anyone has those sound clips somewhere now…

UPDATE: Of course there is, this is the age of the internets, after all.