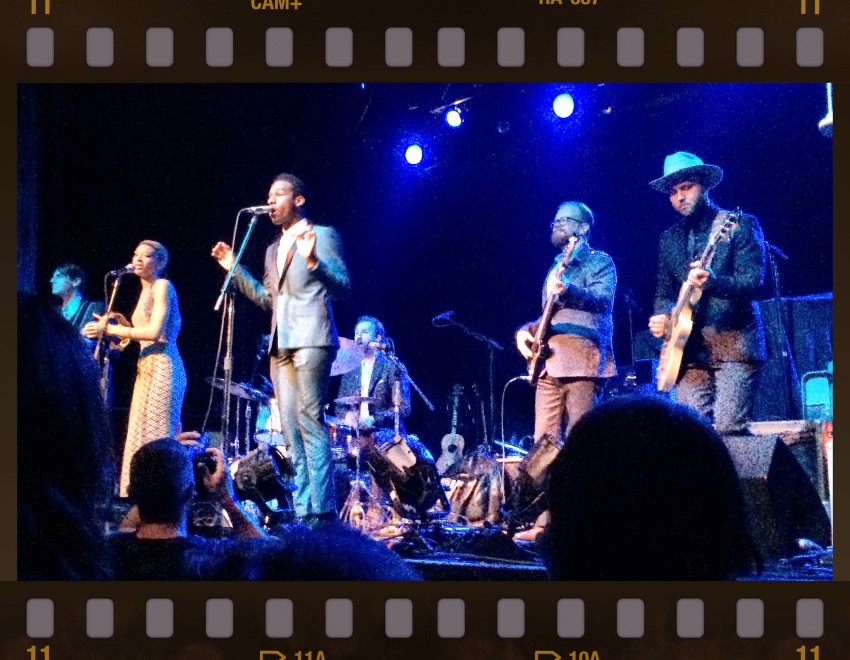 Colleen had read about the reaction people had to Leon Bridges at SXSW this year and really wanted to see him. Given the strange opening spot on a Lord Huron bill at First Avenue on April 26th, we decided to get a couple tickets and do something we’ve never done at First Ave – leave after the opener. If Lord Huron blows up in the future, I’ll probably regret that decision down the road. It was a Sunday school night show, though, so we were willing to take that risk.

The 26-year-old Texan doesn’t even have an album out yet (the Columbia release Coming Home is scheduled for June 23) and only played for 35 minutes, but he definitely had a strong stage presence (and amazing voice). The soon to be gone Vita.mn had a short review of the show and I don’t have much to add other than he seemed a little nervous, rushing through the “thank-you’s” after each song while the appreciative audience tried to shower him with applause. I’m sure he’ll get more comfortable as time goes by – and the audiences grow.

A few more pics after the jump.