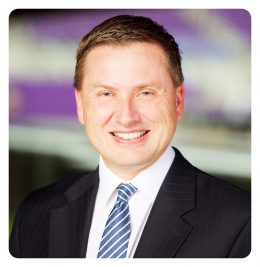 Writing a good résumé is truly an art form. I’ve revised mine hundreds of times during my career, helped others refine theirs and have read many as a hiring manager. I still believe the gold standard is a tightly edited one pager with a highly personalized cover page (unless you are a fancy curriculum vitae type of person). Here are real life samples that landed me my last job and my current job. Here’s an updated PDF that reflects where I am now. I also have a short about page, a long-form biography page and a coursework page that covers every class I took since junior high (including transcripts!).

That’s all fine and good, but how do you stand out and get someone to take an interest in you? Professional networking sites like LinkedIn were once useful to me, but I closed my account when the spam started to outweigh the benefits. This page is an experiment to see what other avenues might make sense. It helps to have your own web server, domain and a web development background, but everyone can learn that if you are so inclined. Thanks for taking the time to visit – feedback welcome at dk@7minutemiles.com.

Experienced technology and business professional who has worked in multiple industries, including airlines, education, hospitality, gaming and world-class venue management. Rare combination of business knowledge, technical acumen and the ability to communicate across all levels of an organization. Recent career highlights include hosting the NCAA Final Four and Super Bowl LII at U.S. Bank Stadium, which I helped open in 2016. Key values include knowledge, dedication, empathy, fairness, civility, kindness and respect. Enjoy live music, restaurants, golf, running, biking, skiing and travel (often in combination). Live in Saint Paul’s Lowertown with my wife Colleen and have two amazing adult daughters.

Started airline career as a college intern in the Sons and Daughters program, working in passenger refund and freight credit departments. After graduation, returned to the credit department as a freight credit clerk before being promoted to senior collector on UATP (Universal Air Travel Plan) credit card accounts. As one of Northwest’s youngest managers, supervised staff of seven credit clerks and managed 17 general ledger accounts with balances up to $25 million and annual billings of more than $530 million. Designed executive reporting system for $175 million receivables financing project, ensuring “AA” certificate rating and reduced cost of funds. Visited the Atlantic headquarters in London and the Pacific headquarters in Tokyo to help improve communication and efficiencies between regions. As technology specialist for the fuel department, utilized many unique Apple technologies to support NWA Fuel Services President Doug Podolak and NWA CFO Doug Parker with $1 billion annual fuel expense. The fuel department was named best in the industry and responsibilities were expanded to the purchasing and corporate services departments. In technical operations, managed 95 servers and workstations worldwide. Built an aircraft maintenance intranet reporting system that resulted in annual budget savings of $900,000.

Founded and incorporated software and new media company (formerly called Golden Links Publishing Ltd.) that focused on the golf industry. Visited more than 350 Minnesota public golf courses during the research phase of the project and created a photo library with thousands of images. Using digital tools such as Photoshop, Illustrator, InDesign, GoLive and mTropolis, a multimedia CD-ROM golf guide was introduced at the 1999 Great Minnesota Golf Show to critical acclaim (“the most comprehensive look at golf courses ever done in Minnesota for the consumer”). The assets from the CD-ROM were later used to created GoldenLinksGolf.com, while many images from the photo gallery were licensed for use in major newspapers and by several premier courses. After the sale of the golf website, the company name was changed to 7 Minute Miles, Inc. and the focus shifted to technology consulting and web publishing (specializing in Apple and open source tools). Partnered with Scaled Web Solutions, LLP and First Tech Computer in Minneapolis. Managed a Seattle-based web and database server with multiple domains. Speculated in Mongolian domain names (.mn) and formed the MN Publishing Company, which designed and published Minnesota golf, hockey, running and skiing web sites.