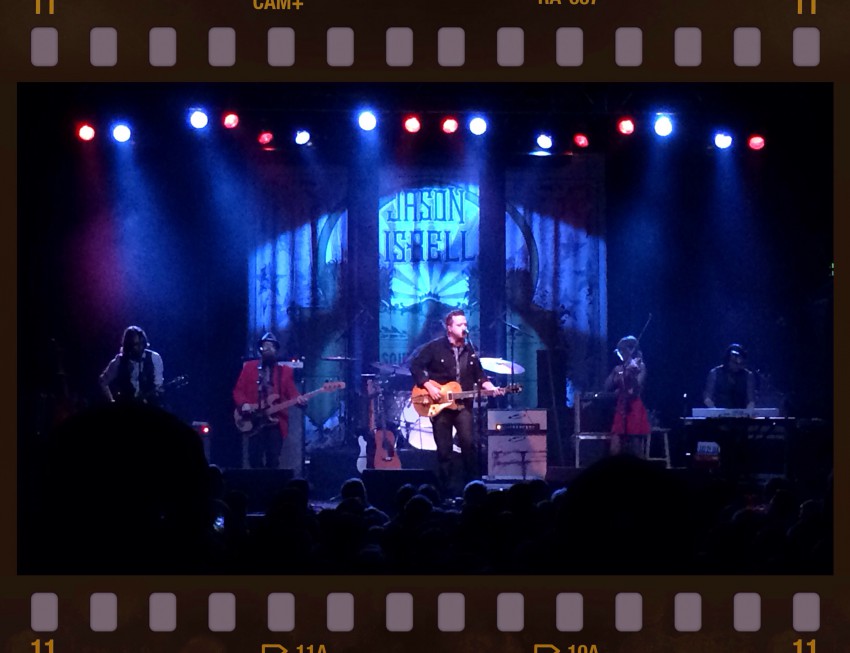 I received the latest Jason Isbell album Southeastern for my birthday last month and had listened to it a few times in the background while doing other things. After seeing him live last night at First Avenue, I really wish I had given it the headphones treatment before the show. As Riemenschneider mentioned in his fairly gushing review, Isbell and his band the 400 Unit played nearly all the songs from the new album. Listening to it today with headphones has been a delight – the lyrics are amazing. A few examples:

She said Andy you crack me up,
Seagrams in a coffee cup,
sharecropper eyes and her hair almost all gone.
When she was drunk she made cancer jokes,
she made up her own doctor’s notes,
surrounded by her family, I saw that she was dying alone.

The 400 Unit was tight all night and his wife Amanda Shires was both talented and stunning in her red dress and ponytail. The acoustic encore opener of Isbell and Shires covering Warren Zevon’s Mutineer was truly a highlight for me. Isbell’s sobriety story and growing commercial success are inspirational – I hope the industry treats him right and rewards his talent in appropriate ways.

We unfortunately missed the opener (Robert Ellis) and ran into the now usual First Avenue sold out problem of no space to squeeze in for latecomers. This time we spent most of the show along the back bar behind the sound board, peering over tall people’s shoulders and trying to avoid the worst talkers. It was nice to hang out with John, Cathy, Randy and Barbie, though – thanks again for hosting the pre-show dinner (and the chauffeur service too).

It will be interesting to compare this show with my first Drive-By Truckers show next month (also at First Ave). Next up, though, might be the First Avenue show of the year: Arctic Monkeys on Valentine’s Day.