Kids in the Hall at the State 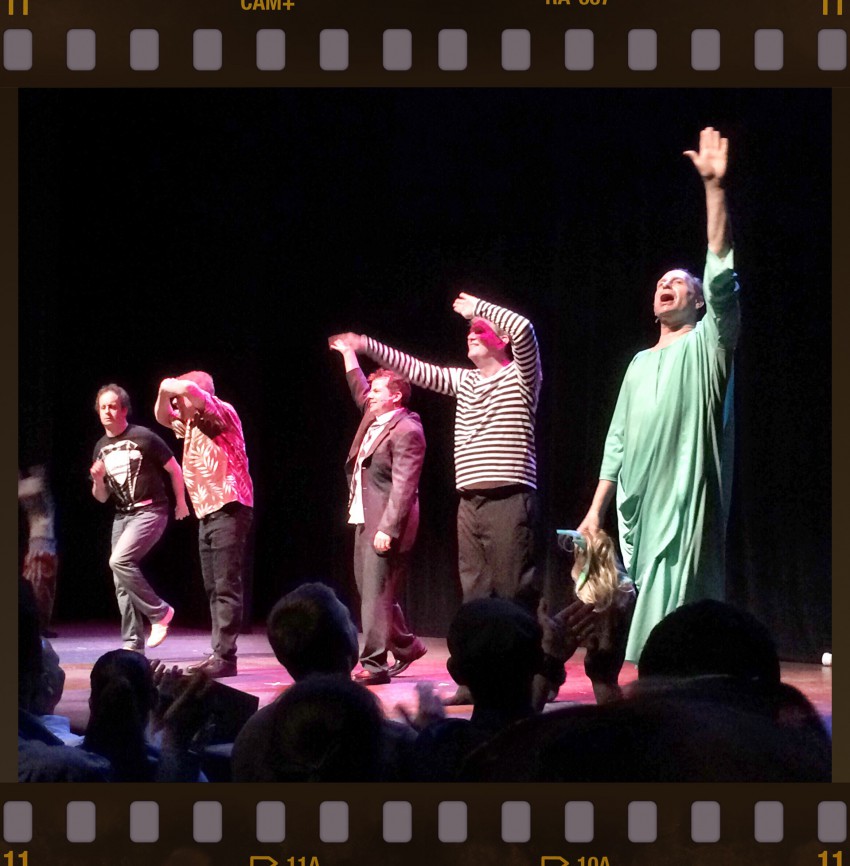 Shortly after I staggered across the finish line at the Superior Spring 50K in Lutsen, I hopped in the car and drove south as fast as I legally could to catch the Kids in the Hall at the State Theater in Minneapolis. The tickets said it started at 8:00pm, so my extra slow race made it a lot tighter than I planned. Ended up missing the first two and a half sketches, but I was glad I told Colleen to drive on her own and meet me there.

We had really great seats this time: main floor center, row B, with two seats right on the aisle. That made it easy for me to sneak in with an usher during a quick break and I really liked being so close. This wasn’t really the second row (there were two rows in the orchestra pit), but it was fun to really see all of their facial expressions without having to use a pair of binoculars. We both parked at the new “secret” ramp at the end of Hennepin, since everything else was full due to the Piano Man also performing at Target Center that evening.

It’s hard to believe it’s been seven years since we saw them last at the Orpheum (April 26, 2008). It’s even harder to believe that Dave Foley, Kevin McDonald, Bruce McCulloch, Mark McKinney and Scott Thompson formed the troupe in 1984 (the TV show ran from 1988 to 1994). The sketches on this Tour 2015 included a mix of new, including a few of our favorite characters and sketches:

Still waiting for The Pit of Ultimate Darkness with Simon and Hecubus, but they told us at the end we may be waiting a while for the next KITH production.

Hope they don’t wait too long…