Charlie Parr at the Turf Club 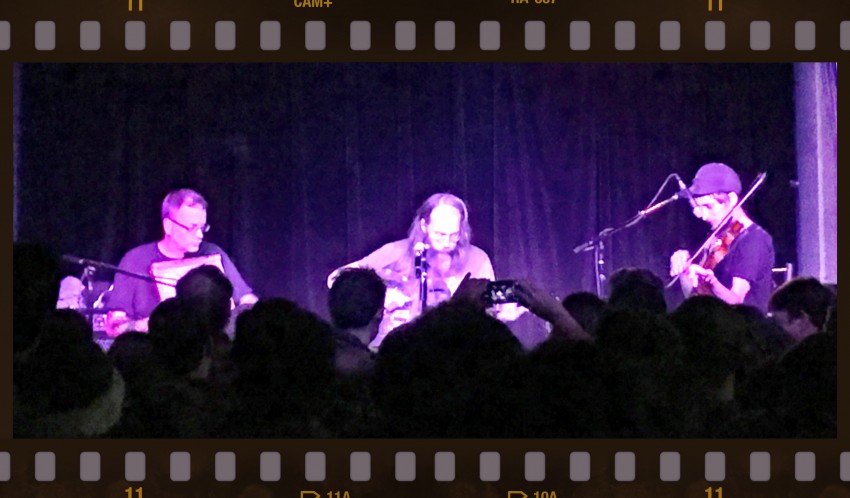 We’ve been big fans of Charlie Parr for quite a long time, seeing him in several intimate settings (Bayport BBQ, the Cedar, mia, MN Zoo). We’ve also been very happy with the Turf Club takeover and remodel by the First Avenue people, so when Charlie was announced as the January 2016 Sunday Residency at the Turf, it was a slam dunk that we would go to at least one of the performances. Each Sunday had a different opener:

We didn’t know any of these, so we listened to online samples from each and picked Wild Hands from Minot, North Dakota. That was a good choice – they were fun to watch and had a nice Americana sound (with added banjo!).

So what went wrong on the 31st in St. Paul? In a word, people. Regular tickets were $10, but for $15 you could reserve dinner seats at one of the tables. We’d heard good things about the new kitchen that was added during the remodel, so I reserved two seats at table 23, which is the closest one to the stage (the person at the door even said we had “the best seats in the house”). There were two other people assigned to this table and while they seemed to be fans of Wild Hands and Charlie, they talked all the time. They also got there first and took the two seats facing the stage, so we had to turn ours around.

Once Charlie took the stage, the sold-out crowd pushed in, with everyone standing in front of us. So not only couldn’t we see from our seats, everyone near the tables seemed to be talking (or shouting, as the case may be). Wonderful songs like Cheap Wine just can’t be amplified enough to drown out all the talkers. I will never understand why people pay money to attend concerts, then talk through the whole thing. One guy in front of us didn’t even face the stage the entire time – lips flapping away.

While it was nice to have table service (we had several drinks and an order of cheese curds), I would never do this again for a concert. Actually, having a server wasn’t even that great, as it was too crowded for her to move around easily. This slowed down delivery times and we went long periods of time without seeing her at all. About halfway through the set, we cashed out our tab, moved to the back of the room for one more song, then took off.

Lesson learned: skip the reserved tables, get there early and stand up close by the wall…