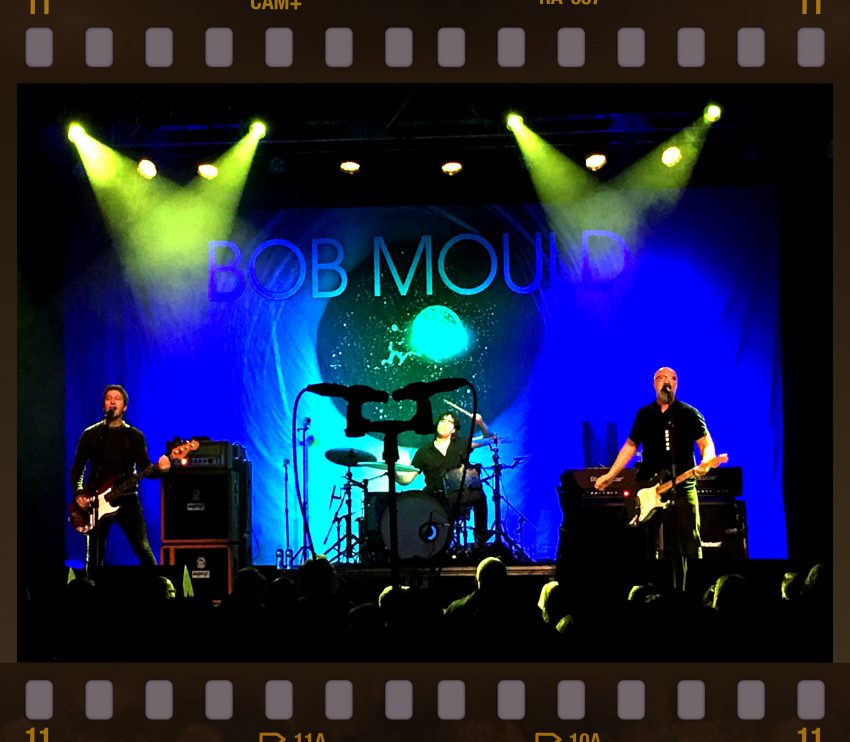 The day Prince died, Bob Mould played a micro show at the Turf Club in St. Paul. This was a preview for back-to-back nights in the mainroom at First Avenue, the first of which DGS and I planned to attend. Still in shock from the purple news, the club was a very calming and welcoming place for us to be. They had the screen down over the stage before the show (as usual), but that night it was a non-stop loop of Prince pictures (see the gallery after the jump).

After an early dinner at the Depot Tavern, we got inside right at doors in order to catch both opening acts – Fury Things and The Suicide Commandos. Both openers were good – Fury Things opened up for Bob in the mainroom in 2015 (and that Entry show in 2014 that I still regret not attending). The Commandos are older than both of us, but still bring it in a big way.

While I was never a big HÃ¼sker DÃ¼ fan back in the day, I loved Sugar and have all of Mould’s solo albums (and have since gone back for the early stuff too). The latest Patch the Sky album received great reviews and even got a fair amount of airplay on The Current. In an interview with Chris Riemenschneider before the Minnesota shows, the 55-year-old Mould talks about three solo albums in four years, working through personal issues in San Francisco and how he takes care of himself by eating right and getting to the gym every day.

I didn’t get a set list to this show, but Chad Werner at City Pages had a nice write-up. It was a blistering rock and roll show and the cover of “When You Were Mine” was a nice touch (even with the tour manger singing lead). The only disappointment was the sound engineer from a video crew that thought it would be cool to set up a dual-mic rig in front of the soundboard, perfectly blocking our view of center stage. Boo!

I never spoke with Prince. He always struck me as a private guy. Maybe he was shy around strangers. We never had much actual interaction â€“ a couple nods in passing, but no real words were exchanged.

The Twin Cities of the 1980s was a very special time for all of us local musicians. There were the North Minneapolis R&B artists, the South Minneapolis guitar rock bands, and in the center of it all was First Avenue/7th Street Entry.

I’ve seen Prince perform sold out shows with The Revolution at First Ave, he and a rhythm section jamming as a guitar/bass/drums three piece in the Entry for 30 people, and was selfishly frustrated when he took over “the main room” for 25 days of filming Purple Rain.

I had the pleasure of spending seven days recording the basic tracks for my first solo album at Paisley Park in December 1988. It was the most professional studio I had ever seen at that point in my life. On the seventh day, I moved from the B room to Studio A, which was Prince’s primary room. I remember seeing Sheila E’s percussion in one of the isolation booths. The large control room was decorated with several of Prince’s scarves. It certainly felt like Prince’s home.

Prince was an artist through and through â€“ always pushing himself to new levels, often creating controversy through his actions and words, and ultimately creating a lifetime of wonderful memories for the world with his incredible volumes of published (and unheard) works.

I heard the news while driving from Tomah WI to Minneapolis. I immediately flipped on The Current 89.3 FM to make sure what I was hearing was true. Sure enough, there was a live report from outside Paisley Park confirming the sad news of Prince’s passing.

I’m two blocks from First Avenue as I write these words. Friday and Saturday nights, I will walk that same stage we all know from the movie. The exterior walls of First Avenue are covered with stars to honor the musicians who made an impact on music fans in Minnesota.

Make no mistake: Prince was the brightest star in these Northern skies. My deepest condolences to his family, friends, and fellow musicians. Prince’s music will give consolation and comfort to the collective grief. Godspeed.